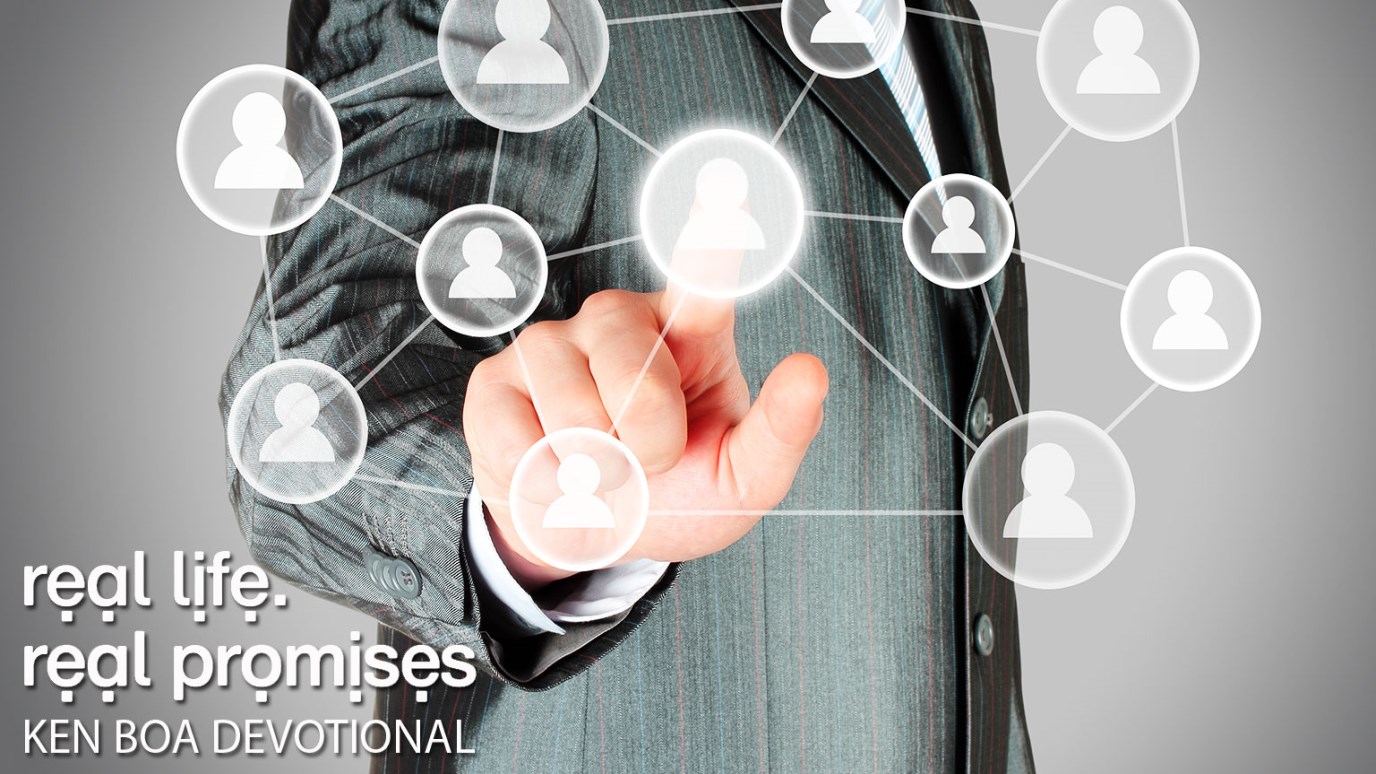 There are no random or arbitrary events in life. If you look upon the evil that God allows in this world—even evil that has touched your own life—look also for the connections.

One of the most popular series ever produced for public television was Connections, based on the work of British author James Burke. Each segment of the series was dedicated to exploring the history of advancements in knowledge and revealing the connections between seemingly unconnected things and events—such as fast food and black holes in space, and cornflakes and Einstein’s Theory of Relativity.

There are connections in God’s kingdom as well. For instance, the connection between the Pharaoh of Egypt who refused to release the Hebrew slaves, and Israel’s ability to conquer the warlike Canaanites at Jericho. Not apparent at first, this connection helps to answer the question, Why would God allow an evil king like Pharaoh to come to power over his people?

Joshua and Caleb had sneaked into Jericho to assess the city’s strength. They found lodging in the house of a prostitute named Rahab. Rahab told the two Israelites that the entire land, including Jericho, had heard the stories of how the Israelite’s God had defeated Pharaoh in Egypt—and that they were terrified of what he might do to them (Josh. 2:8-12). Instead of coming out to fight Israel, the warlike Canaanites locked themselves behind the walls of Jericho, “melting in fear.” God simply caused the walls to collapse, and the city was captured. Therefore, what God did to Pharaoh turned out to be, 40 years later, the key to the capture of Jericho. The apostle Paul confirms that God raised up Pharaoh in order to display the power of God and proclaim the name of God in all the earth. Has that happened? Indeed it has. Starting with Jericho, the name of the God of Israel has been proclaimed the world over as the exodus story has been repeated.

There are no random or arbitrary events in life. If you look upon the evil that God allows in this world—even evil that may have touched your own life—look also for the connections. They are not always visible, because our walk is one of faith, not of sight (2 Cor. 5:7). But you can let the connections God has revealed in Scripture assure you that, seen or unseen by us, they are there.

God’s Promise to You: “My purposes extend even to the presence of evil in the world.”

Caught in a Trap
Gary McSpadden

We Got a Job To Do
K.P. Yohannan
Follow Us
Grow Daily with Unlimited Content
Uninterrupted Ad-Free Experience
Watch a Christian or Family Movie Every Month for Free
Early and Exclusive Access to Christian Resources
Feel the Heart of Worship with Weekly Worship Radio
Become a Member
No Thanks