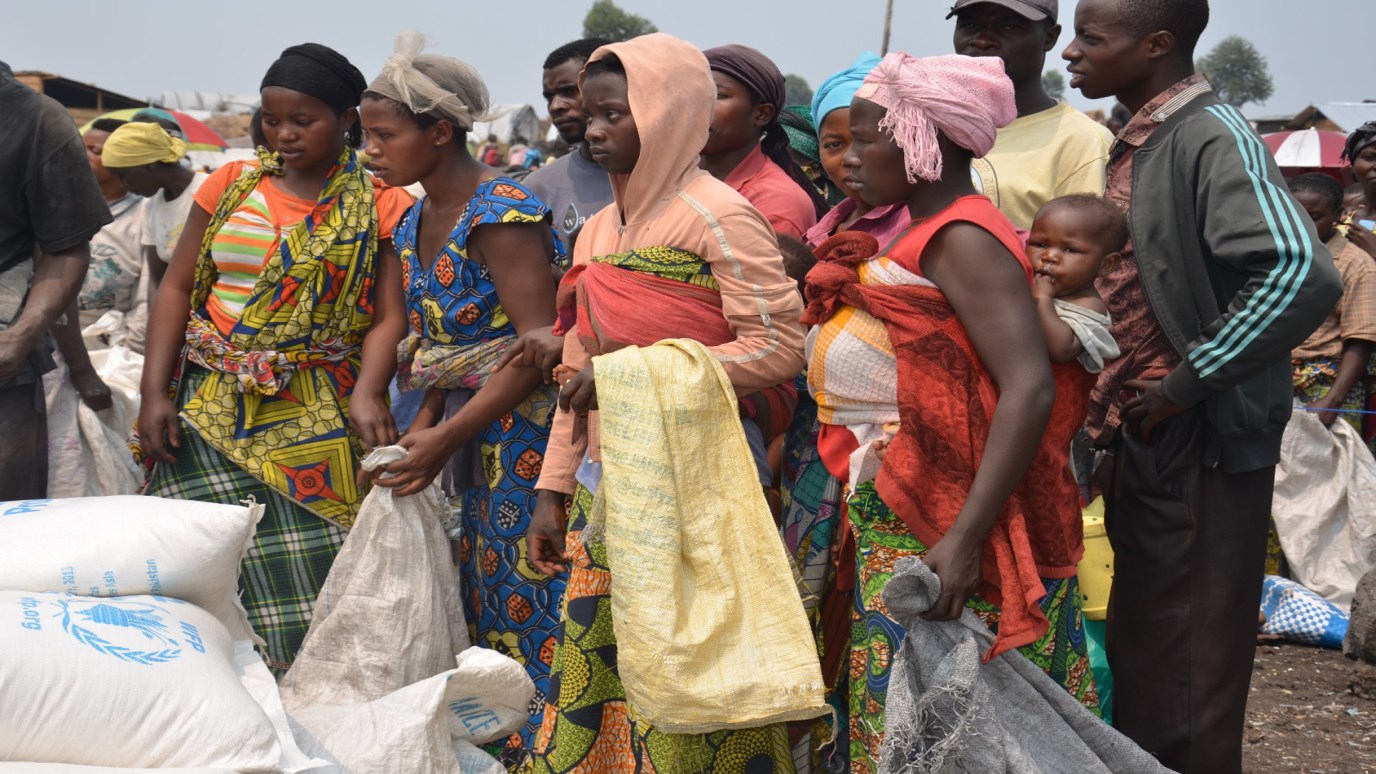 Families in the eastern Democratic Republic of the Congo hope to reclaim their homes, livelihoods, and communities now that a controlling rebel group has surrendered.

Thousands of families displaced by conflict in eastern DRC are returning home since rebel group M23 surrendered November 6. Hundreds of thousands more remain in camps near Goma, the capital city of North Kivu province, which M23 briefly occupied a year ago.

World Vision is providing as many as 140,000 displaced people with beans, corn, vegetable oil, rice, sugar, and salt as they consider their options.

“It’s quite a relief, as I have something to feed my children,” says Odette, whose husband returned to Rugari to check the condition of their property. “It’s my hope that I’ll see my children go back to school soon.”

M23 abandoned the fight in Rutshuru territory, north of Goma, in the final days of October. In former rebel strongholds, local government authorities have returned to work, inviting humanitarian groups to help communities regain a sense of normalcy.

World Vision has been able to provide about 11,500 students at 28 Rutshuru schools with hot meals daily.

"This is really a relief seeing that we can teach children without the firing of bullets and dropping of bombs in the city by the soldiers,” said Kahabu Kastuva, a primary school teacher in Rutshuru. “Since the liberation of the city, we note that children come to the schools regularly without problem.”

Government and U.N. forces now set their sights on other high-profile armed groups that have caused instability for decades in North and South Kivu provinces.

“I think the first reaction is satisfaction in the sense that local communities, humanitarian, and other actors can work peacefully without being threatened,” says Gomez Ismael, a World Vision security officer in Goma.

Decades-long conflict in eastern DRC has killed more than 5 million people and displaced about 2.7 million within the country. More than 25 armed groups operate in the region, fighting largely over natural resource-rich land.

The M23 rebels dominated the conflict since November 2012, when they briefly captured Goma, driving out government leaders, and displacing more than 100,000 residents.

Post-surrender peace talks between M23 and the Congolese government in Kampala, Uganda, fell apart in November after the two sides couldn’t agree on what the peace accord should be called. Leaders re-convened December 2, aiming to “conclude the protracted talks as soon as possible,” The Wall Street Journal reports.