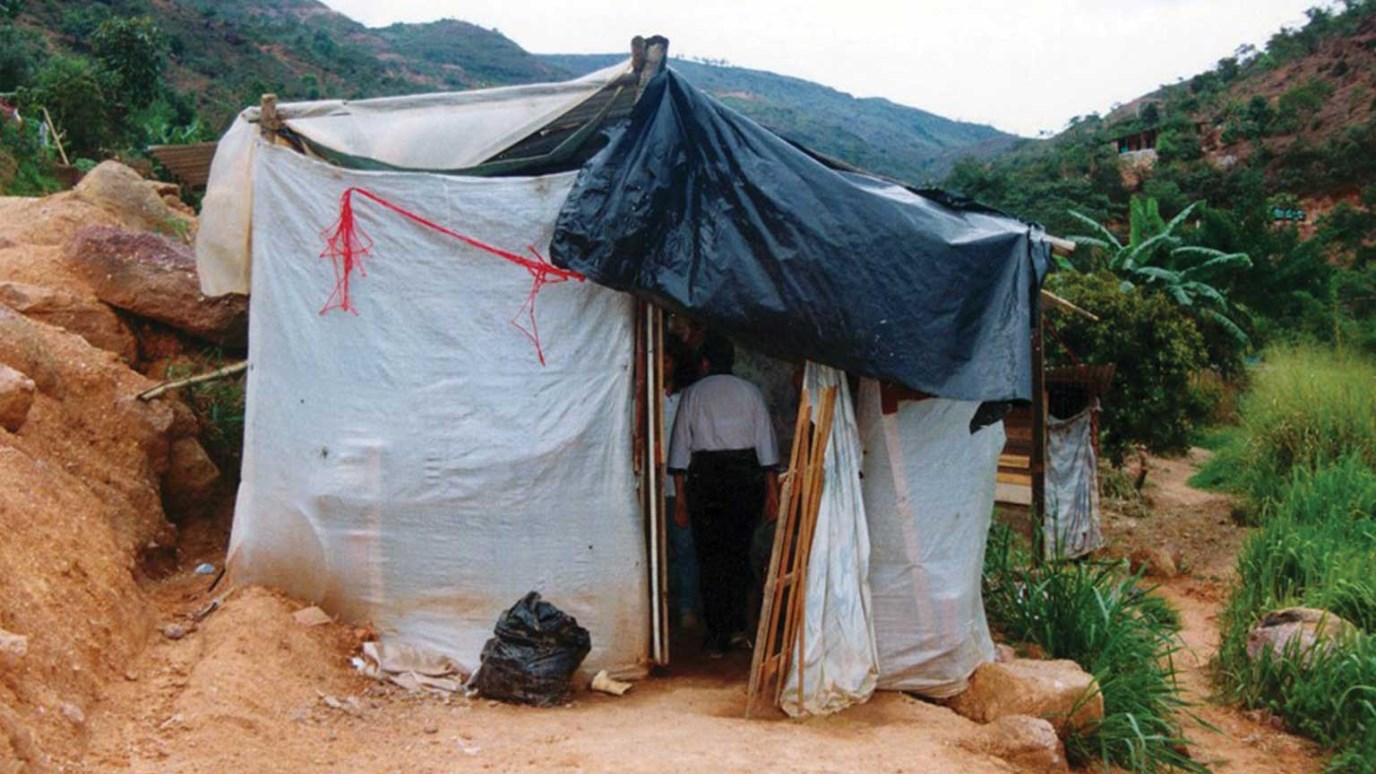 Ongoing conflict between armed rebel groups and the government forced nearly 100,000 additional Colombians to flee their homes in 2012, a United Nations report says.

“Being displaced is perhaps the worst thing that can happen to a person. Without a place to live, no references (or connections), looking for safety, it makes you doubly vulnerable,” says Camilo Palacios Avila, national communications leader for World Vision in Bogota. “Everything becomes unfamiliar, is threatening, and intensifies the suffering.”

The tally by the U.N. Office for the Coordination of Humanitarian Affairs is expected to increase as the government consolidates various estimates.

Between 4.7 and 5.5 million people have been displaced within the country due to violence fueled by political instability and illegal narcotics trade.

Displacement in Colombia has happened gradually, over decades. By contrast in cases like Syria and the Democratic Republic of the Congo, families have fled en masse during a specific violent event.

Heavy fighting caused entire communities to leave their home in the past. But now they’ve incrementally been forced out as armed groups overtake their towns for political gain or to streamline drug-trafficking routes, Camilo says.

The 9,000-member-strong Revolutionary Armed Forces of Colombia formed in the 1960s. Government and rebel leaders recently resumed peace talks in Havana, Cuba, according to ABC News. Discussion is reportedly focused on agrarian reform.

Last August, World Vision helped 724 families from the Nasa indigenous community who fled fighting between a rebel group and the Colombian government. It provided shelter, 20 tons of food, cooking equipment, and hygiene and household products as the families found respite in Santander de Quilichao, in western Colombia.

“In these circumstances, to lend a hand, provide support, and help rebuild life gives meaning to life,” Camilo says.

The organization works with about 500,000 people nationwide, many of whom have been forced from their homes throughout decades of conflict. World Vision staff help children regain self-confidence, find resources for their studies, and empower them to be a source of hope in their community.

It provides men with employment training and resources, and helps women form social networks and cooking groups, among other activities.

“Solidarity also involves…giving hope and welcoming those in need. Is this is not a premise of Christianity?” Camilo says.