Confessions of a Sorry Father 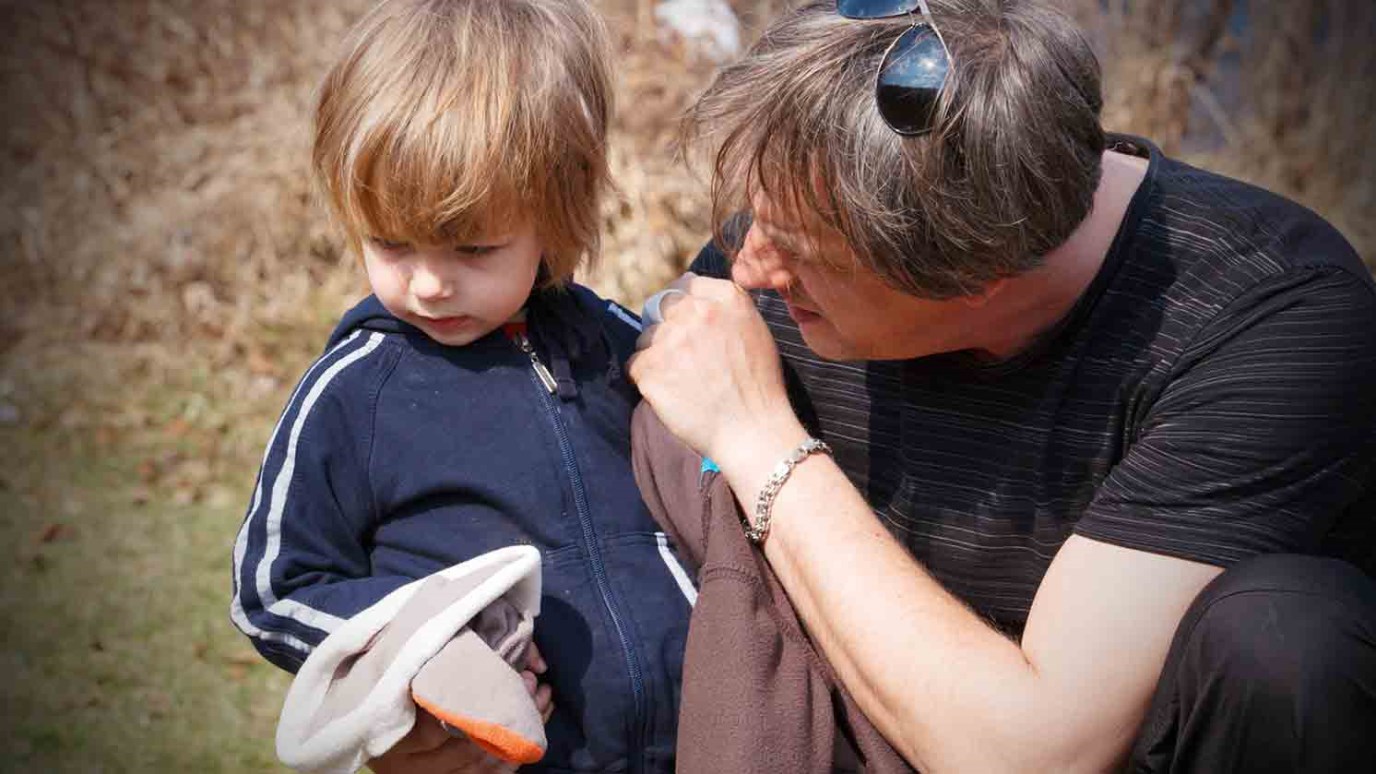 Although it's normal for you to make mistakes as a father, put your hope in God. By God's Spirit you can be empowered to become the kind of father you long to be.

I want to be a good father. I even like to think I work pretty hard at it – certainly much harder than I ever imagined I would. But despite my best intentions and in spite of all of my efforts, I am still a pretty sorry father at times. Sorry as in bad, rotten and no good. I can think of some other ways to say it, but I think you get the picture.

Take this morning for example. Mornings before school can be dicey in general, but for the most part we have our routine down and we’ve learned – parents and kids alike – how to make things run smoothly. Every once in a while, however, someone decides to mix things up. Maybe it’s because the kids went to bed late or one of them isn’t feeling well. Or maybe it’s for no reason at all, as was the case today. Whatever the reason, my kids need a father that can handle whatever they throw his way. I want to be that kind of father. Not some of the time; all of the time. But today I wasn’t. Today, I was the problem.

It started simply enough – Amy asked Grant (our 9 year old) to take his medicine. It happens every morning. It’s no big deal. But today he didn’t want to – and he made that clear. That happens. I know it shouldn’t, but it does. So I heard what was going on and decided to get involved to “help out.” But somewhere along the way I lost my focus…and then my perspective…and then my way.

There is no doubt my son was wrong, but that’s really not the point at all. My litany of wrongs didn’t make his wrong right. Instead, my behavior made everything worse. I was the problem today – and if I am honest, this wasn’t the first time and, sadly, it won’t be the last.
And I know I’m not alone. None other than the Apostle Paul had this very same problem – no, not as a parent, but my real issue is not limited merely to being a sorry father. My issue is that I am imperfect, woefully so at times, and I live in a world that is imperfect and made up with other imperfect people. It is the age old problem of sin and the brokenness that sin has created.

Paul talked about this very plainly in his letter to the church in Rome: “I’m full of myself—after all, I’ve spent a long time in sin’s prison. What I don’t understand about myself is that I decide one way, but then I act another, doing things I absolutely despise. So if I can’t be trusted to figure out what is best for myself and then do it, it becomes obvious that God’s command is necessary. But I need something more! For if I know the law but still can’t keep it, and if the power of sin within me keeps sabotaging my best intentions, I obviously need help! I realize that I don’t have what it takes. I can will it, but I can’t do it. I decide to do good, but I don’t really do it; I decide not to do bad, but then I do it anyway. My decisions, such as they are, don’t result in actions. Something has gone wrong deep within me and gets the better of me every time. It happens so regularly that it’s predictable. The moment I decide to do good, sin is there to trip me up. I truly delight in God’s commands, but it’s pretty obvious that not all of me joins in that delight. Parts of me covertly rebel, and just when I least expect it, they take charge. I’ve tried everything and nothing helps. I’m at the end of my rope. Is there no one who can do anything for me? Isn’t that the real question?” (Romans 7:14-25, The Message).

But Paul was not without hope – and neither am I. He continues, “The answer, thank God, is that Jesus Christ can and does. He acted to set things right in this life of contradictions where I want to serve God with all my heart and mind, but am pulled by the influence of sin to do something totally different. With the arrival of Jesus, the Messiah, that fateful dilemma is resolved. Those who enter into Christ’s being-here-for-us no longer have to live under a continuous, low-lying black cloud. A new power is in operation. The Spirit of life in Christ, like a strong wind, has magnificently cleared the air, freeing you from a fated lifetime of brutal tyranny at the hands of sin and death.” (Romans 8:1-2, The Message).

The hope of this truth is that by God’s Spirit I can be empowered to become the kind of father that I long to be…the kind of father my kids need me to be. Because of what Christ has done and is doing, I have access to the source of strength and power that can equip and enable me to handle this and every situation in a way that shows love, builds connection and leads my children in the way of the Master. So this is the hope that I find comfort in today, even as I wrestle with the guilt and shame that rolls over me like waves.
Once we both calmed down, Grant and I were able to begin to repair our connection before he left for school. And frankly, I cannot wait to get home today to continue that healing process. I think maybe we will take a walk after baseball practice and I will explain to him (again) that I love him deeply, even though I make mistakes and don’t always show it like I should. I think I will ask him again to forgive me for each offense – my anger, my yelling, my frustration and disrespect – and ask him if we can start over. And I know what he’ll say. After all, we have lots of experience with second chances and trying again in our family.

Real Hope in the Balance
Empowered to Connect

Discipline: Getting to the Heart of the Matter
Empowered to Connect

Effective Ways to Deal with Sleep Issues
Empowered to Connect

A Challenge for Adoptive Dads
Empowered to Connect