Communicating Intentionally with Our Daughters 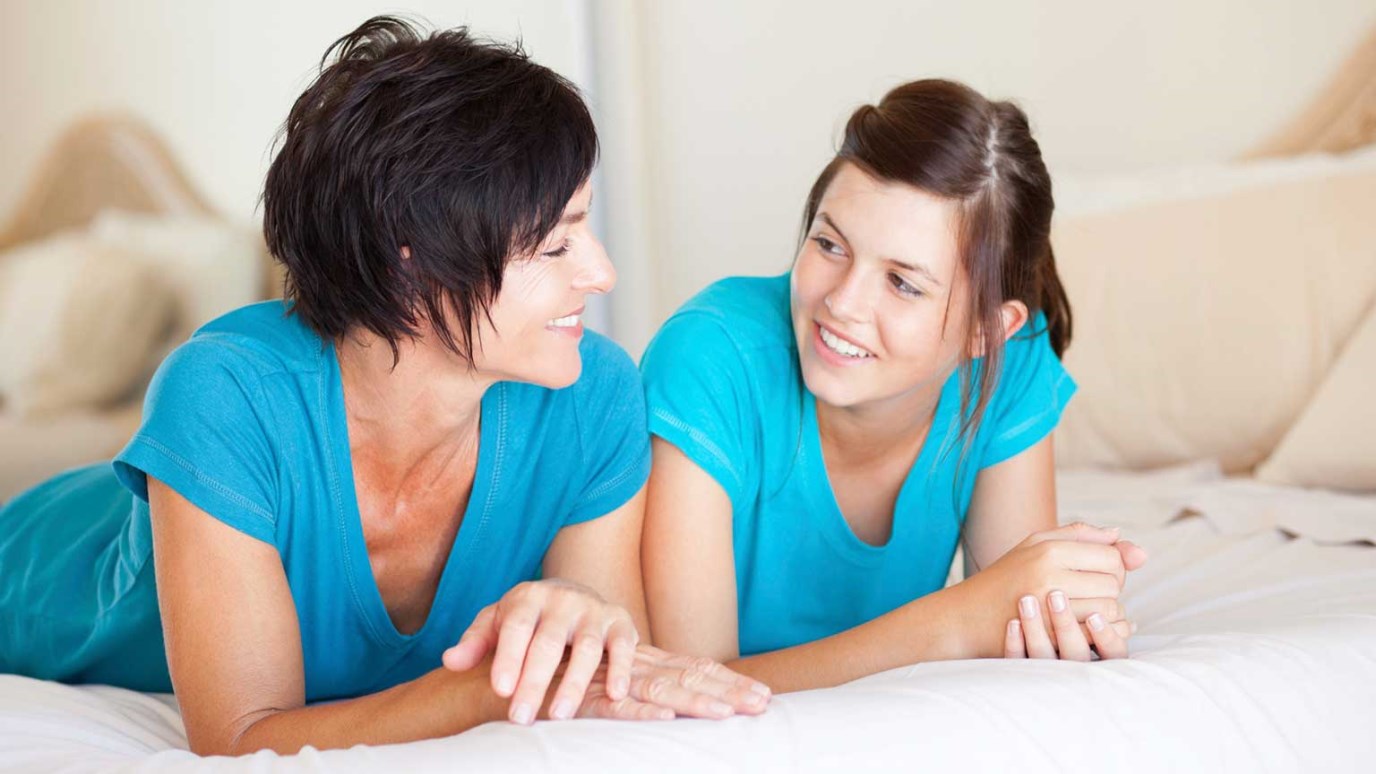 Andrea Mitchell encourages moms to help their teens find the most comfortable way to communicate their feelings with them.

When I was pregnant with our first daughter, I used to daydream about all the mother-daughter talks we would have, the confidences we would share, the wisdom I would hand down to her.

I imagined we would be like the mom and daughter in the Gilmore Girls, who seemed to be able to talk about anything, anytime, anywhere. I ignored the fact that I did not have that with my own mom, because I was going to be different.

I didn’t count on my girls being like me – close and private with their fears, their worries, their insecurities. And I didn’t count on feeling almost as awkward as they do when the “big” subjects come up.

I remember one conversation with one of our girls – she had borrowed “The Princess Diaries” from her school library. I didn’t think much of it because we had watched the movie a few times together. One evening I was paging through it idly, partially out of curiosity, and partially because I used to work in a library and I knew that the book itself had been cataloged as Young Adult. Many of the Young Adult novels housed in the library would make my grandmother blush, so I was hoping this book was the exception.

I felt so heartbroken that my daughter’s innocence had been stripped from her in such a way. The book had been incorrectly shelved in her school library, so as a grade 4 student, she should not have had access to it. As it was, she suddenly had new knowledge of French kissing, making out with boys, and a few words that I would prefer to forget.

When I tried to talk to her about it home, she immediately shut down. Not out of disrespect, but out of embarrassment. I tried again later at the grocery store, reasoning we were in a neutral place and could look at boxes of food to ward off our discomfort.

As my girls like to say, it was a major fail.

Shortly afterward, my daughter wrote me a note about another topic that she was a little uncomfortable voicing out loud. I thought this was ingenious of her – not only was she able to think out her words and feelings and express them in a way that is easier for her, but it also afforded us privacy because I could read it in a quiet room without younger siblings (read: little brothers) clamoring for attention.

Since then, we’ve adopted this as our preferred method of communicating the “big” stuff. I still sit down with our kids for heart-to-heart talks, but I find I get a more honest response from when I just allow them to write how they are feeling.

Eventually I decided to buy a couple of pretty journals, one for each of my girls, that we call our “Chat Book”, after reading of a similar suggestion in a magazine. It’s a private book for just the two of us to write notes to one another. They can be long or short, of major importance or just a line to say “I love you.” The only rule is it is strictly between my daughter and me (although their dad may be told of any necessary information as needed).

It’s so important that we look for every opportunity to communicate well with our daughters, especially as they enter the teen years. These are days that they need to know they are loved and that we are listening. It can be very easy to overlook being intentional in this area when you have a busy household and busy schedules. But it doesn’t require us having lengthy, Gilmore Girl-worthy dialogues – it’s taking advantage of those little moments, whether they be in the car, over hot chocolate, or in a notebook. The thing is to find what works for you and your daughter.

And keep on doing it.

What works for you and your daughter? Where have you had your most meaningful conversations? Do you have any advice for striking up those difficult conversations we sometimes need to have?

Q&A: The Overbooked Family
Dennis Rainey
Follow Us
Grow Daily with Unlimited Content
Uninterrupted Ad-Free Experience
Watch a Christian or Family Movie Every Month for Free
Early and Exclusive Access to Christian Resources
Feel the Heart of Worship with Weekly Worship Radio
Become a Member
No Thanks