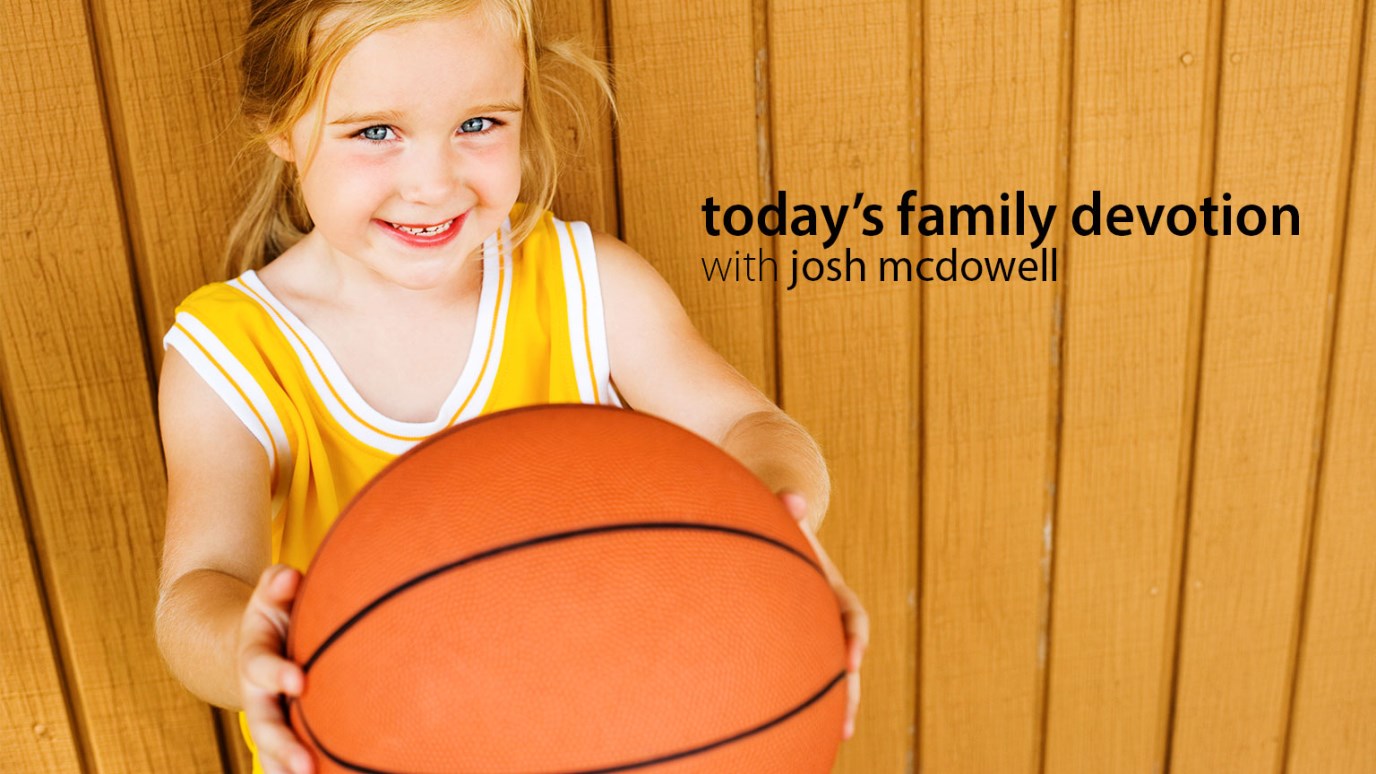 What might happen if you were as committed to following God's commandments as you are to other things?

IT JUST SHOWS WHAT YOU CAN DO WHEN YOU’RE COMMITTED TO SOMETHING.

Verse of the Day: “Guard my teachings as your most precious possession” (Proverbs 7:2).

Jacqui shot the ball. It ascended in a high arc and swished cleanly through the basket. “Nice job!” Coach Matthews said. “Thanks,” said Jacqui. “I’ve been practicing.”

“It shows,” the coach answered. “You’re not the same player you were last year.”

Jacqui smiled. “I practiced every day after school and on the weekends.” She paused and tried to read the coach’s clipboard upside down. “So, did I make the team?”

Coach Matthews raised her eyebrows. “The team roster will be posted Friday.”

That Friday, Mom met Jacqui at school and went with her to the gymnasium. The team members’ names were posted on the door. “I can’t look,” Jacqui told her mom. “Am I on the list?”

Mom looked at the list and then answered with a shout. “Yes! Jacqui, you made the team!” Jacqui screamed with happiness, and a few moments later, she and her mom were walking to the bus stop from school.

“I’m proud of you, Jacqui,” Mom told her beaming daughter. “You worked hard for this.”

“Coach said she could tell I was more committed to basketball this year,” Jacqui said.

“You were,” Mom agreed, “and it paid off.” A bus pulled to the curb in front of them, but it was not their bus; Mom and Jacqui let it pass. “It just shows what you can do when you’re committed to something.”

Mother and daughter waited in silence for a few moments, while Jacqui continued to bask in her success.

Then Mom spoke again. “Just think,” she said dreamily, “what might happen if you were as committed to following God’s commandments as you were to making the basketball team. It, uh, might mean spending time in prayer and Bible reading every day before shooting baskets, and maybe memorizing a verse of Scripture while you practice. But I think that would pay off even more than practicing your slobbering.”

Jacqui laughed. “I think you mean ‘dribbling,’ not ‘slobbering’!” she said.

Mom started laughing too. “I said the wrong thing, didn’t I?”

“No,” Jacqui said. She stopped laughing, but still smiled. “You said the right thing.”

TO DO: Play “memory-verse basketball” as a family. If you don’t have a basketball or hoop, you can use a wastebasket and paper wads. Take turns shooting baskets. Each time a person makes a basket, he or she must recite the “Verse of the Day”—Proverbs 7:2—aloud. The first person to make five baskets must recite the verse from memory or start over. The first player to make five baskets and recite the verse perfectly wins!

TO PRAY: “Lord, your Word is our prized possession. Help us to guard your Word by hiding it in our hearts.”