Clean Water Is Life: Improvements to Wells in Zambia 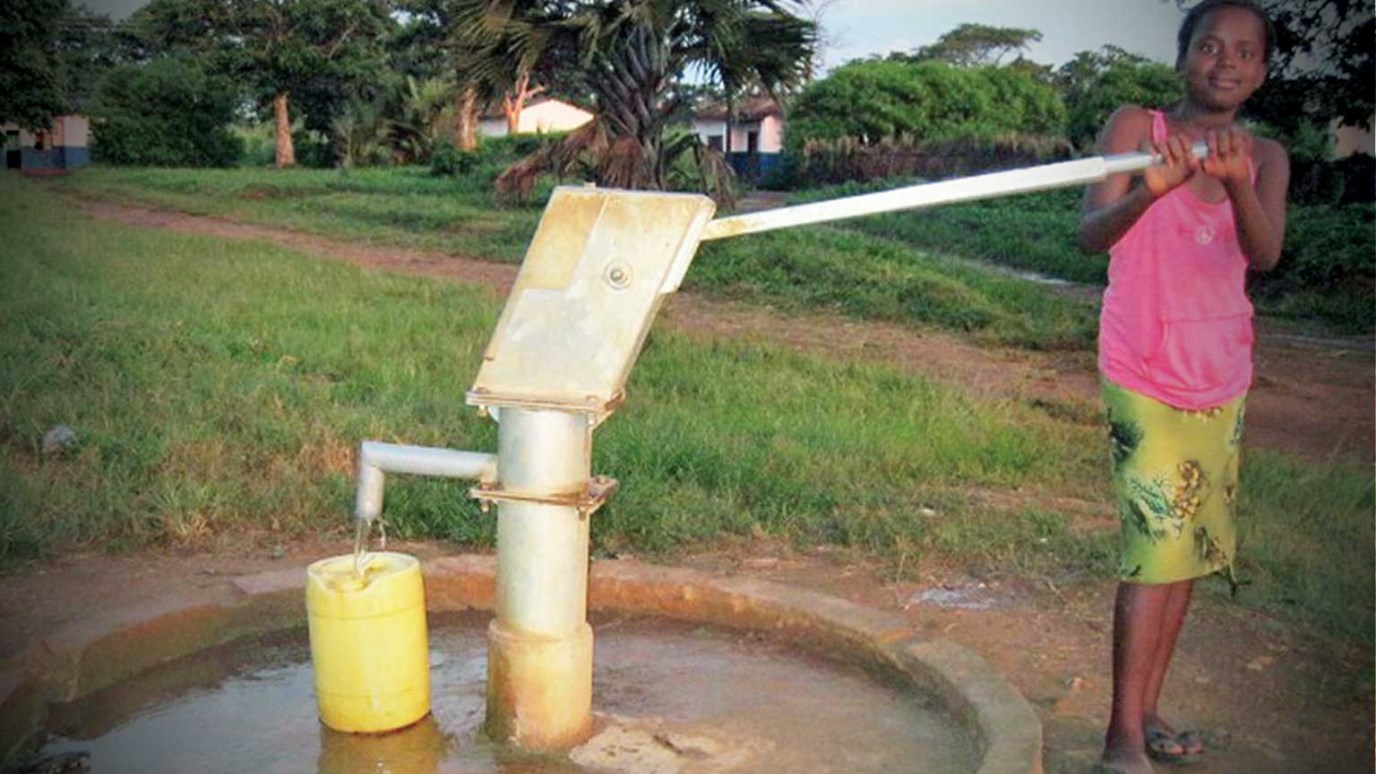 Water is life, which is why World Vision makes clean water and sanitation a foundational component of their community development work.

Samuel Mwinda Mwanangombe is World Vision’s design, monitoring, and evaluation officer for the water, sanitation, and hygiene (WASH) program in Zambia. Samuel has worked for World Vision for three years, motivated by the opportunity to improve the quality of life for vulnerable and marginalized people -- especially orphans, widows, and those with disabilities -- by helping them realize their own potential to be agents of change.

He is dedicated to WASH because he’s seen firsthand the changes it has produced in communities and the lives of children. Samuel has seen God work through the WASH sector in Zambia, providing those in need with clean water, improved sanitation, and hygiene education to sustain their lives. Here, Samuel shares an example of that success, which he witnessed in a community where he works.

Like millions of other people in Zambia, residents of the Kampekete community rely on water from shallow, hand-dug wells. The two wells already established in the village were abandoned and used only for animal watering because the water was not safe to drink.

“We used to draw water using the bucket tied to a rope,” says Betty Malumpande, a widowed 54-year-old mother of 10 children. “A lot of buckets and ropes used to drop into the well. The water was dirty because it was open, and the children would throw leaves, branches, and other things in the water.”

The government disinfected the well with chlorine -- but it was difficult for villagers to drink the water because of the dirty particles still visible.

Well water at local schools was also not safe to drink, so many school children would cross the main road to drink water from the community borehole. “As parents, we were worried that children might [fall] into the well,” says Betty.

The installation of a hand pump improved water extraction and eliminated contamination from ropes and buckets that became dirty as they were dragged on the ground when going to the wells. Overall, water quality and availability have improved at a sustainable cost.

“As a school, we are relieved from the worry of school children being hit by vehicles as they fetched drinking water from the community borehole across a busy road,” says Kampekete head teacher Margaret Kasalika.

She reflects on the circumstances they used to face -- and how things have changed. “We could not drink the water from the [school] well because it was dirty, as we could even see dirty particles with our own eyes. This is not the case now, as the school children have access to safe water just within the school premises.”

Regina Liteta, a 78-year-old widow, says that before the well improvements, elderly community members had to rely on children to assist them when drawing water with a bucket. But when a hand pump was installed on the well, older women found it easy to fetch water -- even using only one hand!

“We are thankful to the donors for improving our well,” said Betty. “Even as old women, we are able to draw water that is clean easily.”

The well water at Kampekete was certified safe when results from the laboratory met both the standards of the World Health Organization and Zambian government. As a result, the head teacher has seen a reduction in diarrheal diseases among school children, as well as an improvement in attendance. The school has even started a garden for tomatoes because of the availability of accessible fresh water.

“As a school, we are short of words on how we can really express our thanks and happiness to the donors,” said Kasalika. “Water is life."

Indeed, water is life, which is why World Vision makes clean water and sanitation a foundational component of our community development work.