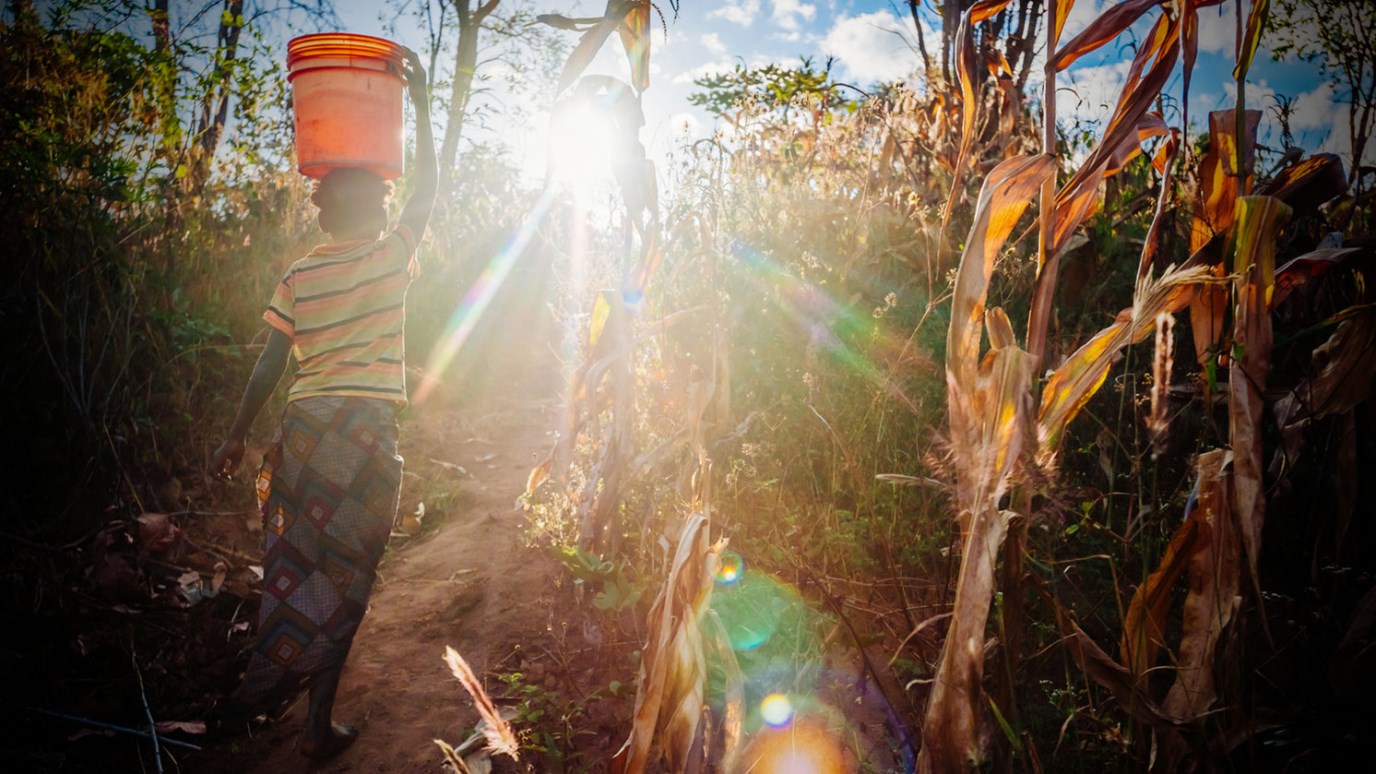 Ruth used to fetch water from a dirty pond daily. A month after this photo was taken, World Vision drilled a borehole near her family’s home.

In June 2016, photographer Jon Warren captured this picture of 11-year-old Ruth, who, six times a day trekked up and down this hill to fetch water from a dirty pond.

The family kept sticks along the path to ward off snakes. Diarrhea from dirty water kept Ruth and her siblings out of school for long periods.

“I used to send them to school, but they just decided to stop on their own,” says her father, Stancelas Kombe.

World Vision water engineers changed the end of this story. In July 2016, they drilled a borehole near the Kombe family’s home.

“I no longer have headaches,” says Ruth, who used to carry two heavy buckets of water on her head. Now she can go to school and fulfill her dream of becoming a nurse.

Sunrise Over the Slums
World Vision

When I Was Thirsty…
World Vision