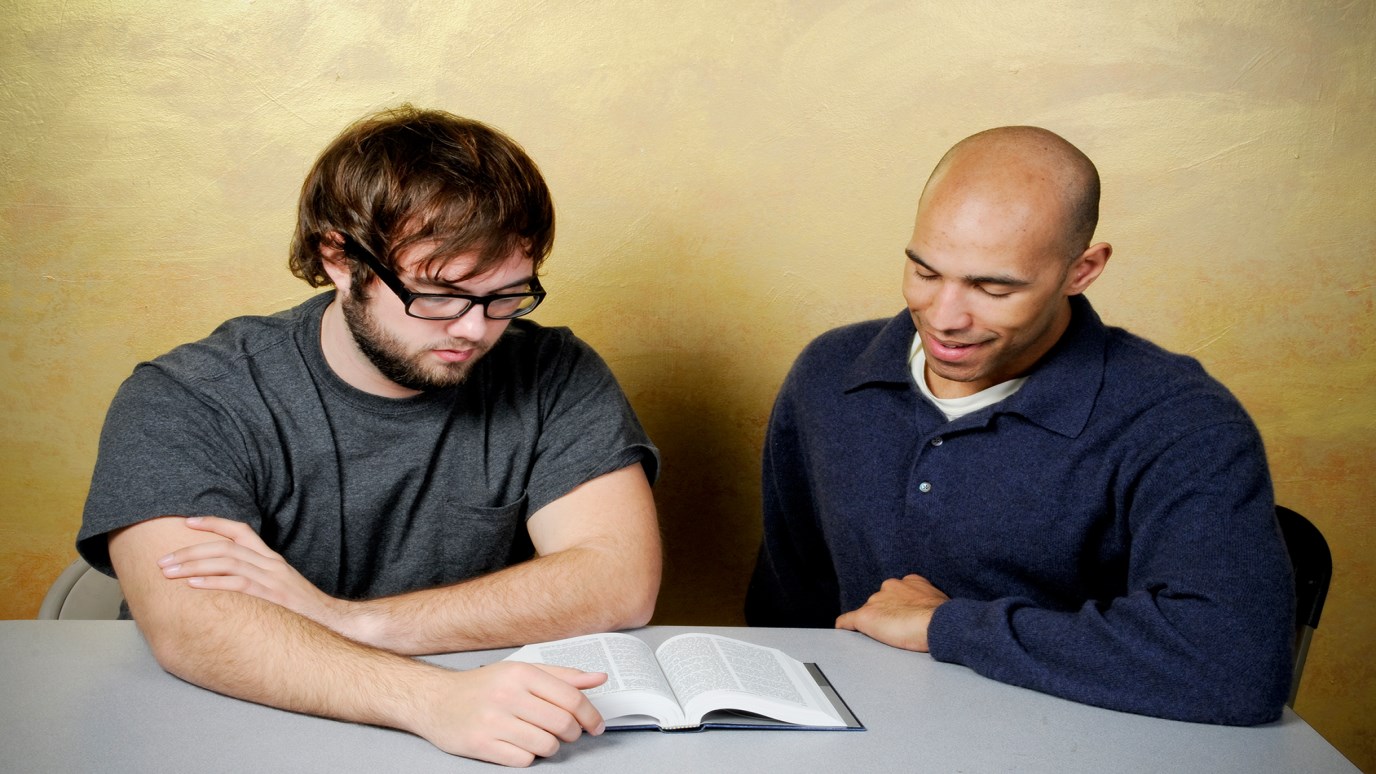 Don't let Christianity continue to become synonymous with negativity. Defend our faith with gentleness and reverence

It was a worship service gone awry. We had gathered to celebrate the person of Christ, but in the end it seemed we were more celebrating words void of life. I cannot recall the name of the church, the denomination it was a part of, or even what the sermon was about. I only remember the rabbit trail that led us down a darkened hole of condemnation. From body piercings and baggy pants to homosexuals and liberals, the list was long, the frustration clear, and the rationale was fired with as much passion as the targets that had been chosen: “For we recognize that hell is a fearful reality, and that many—maybe even those near to you—will find it their final place of unrest.”

“Amen!” the person in front of me called out. “Yes, amen,” said several others in agreement.

My heart sunk further into my soul than I knew was even possible. Did they know that “Amen!” means “Let it be”?

A great deal of time has passed since this experience, and yet, remembering it still brings despair to mind and a bad taste to my mouth. But what I once remembered only as a particular worship service in a particular city on a particular Sunday afternoon, I now remember as an illustration of the worship service I am all too capable of leading. When I allow myself to cling more to dissent than to Christ, when I cherish words of death more than words of life, when I spend more time complaining about what is wrong with the church than putting energy into being the church, this is exactly the worship experience I recreate—and there are always voices willing to shout “amen” at the end of each of my sermons. Christianity in many circles has become synonymous with negativity.

In his sermon “The Weight of Glory,” C.S. Lewis took note of a subtle shift in the language of his day, which he felt was the first detour in a road leading far away from Christ. Writes Lewis, “If you asked twenty good men today what they thought the highest of the virtues, nineteen of them would reply, Unselfishness. But if you had asked almost any of the great Christians of old, he would have replied, Love. You see what has happened? A negative term has been substituted for a positive, and this is of more than philosophical importance.”(1) He goes on to explain the ideologies that grow out of subtle shifts of language. The positive answer requires a perspective that looks outward at others—those who are the recipients of the virtue or else the one from whom this virtue arises in the first place—whereas the negative virtue shows that our concern is primarily with ourselves—our own self-denial—and hence the appearance of good virtue. To this Lewis notes, “The New Testament has lots to say about self-denial, but not about self-denial as an end in itself.” To put this in terms for the subject at hand: Scripture has lots to say about what is wrong with the world. But thankfully, this is never the end of the sermon. (And of course, both the Old and New Testaments have a lot to say about complaining.)

It is very true that we live in a world that is full of philosophical pitfalls, bad behavior, and theology with which we could rightfully see fault. But so it is full of the glory and action of God. So why are we at times more excited to see fault than to see faith? Why are we so quick to complain and so lamentably slow at showing the world our reason to be more fully alive and authentically graceful? The same God who tells us to defend our faith tells us to do so with gentleness and reverence—so that those who abuse you for “your good conduct in Christ” may be put to shame (1 Peter 3:15-16). The same scripture that bids us to do all things “without complaining and arguing” instructs us to do so because it is by our “holding fast to the word of life” that we demonstrate we are truly holding onto a different message than that of a crooked and perverse generation (Philippians 2:14-16). Moreover, the same apostle who died to defend the person of Christ called us to stay focused on the kind of person Christ is: “For the Son of God, Jesus Christ, whom we proclaimed among you, Silvanus and Timothy and I, was not ‘Yes and No’; but in him it is always ‘Yes.’ For in him every one of God’s promises is a ‘Yes.’ For this reason it is through him that we say ‘Amen’ to the glory of God” (2 Corinthians 1:19-20).

In the worship services we create with our words and actions, with the things we do and the things we leave undone, might there be good reason for those around us to say “Amen.”