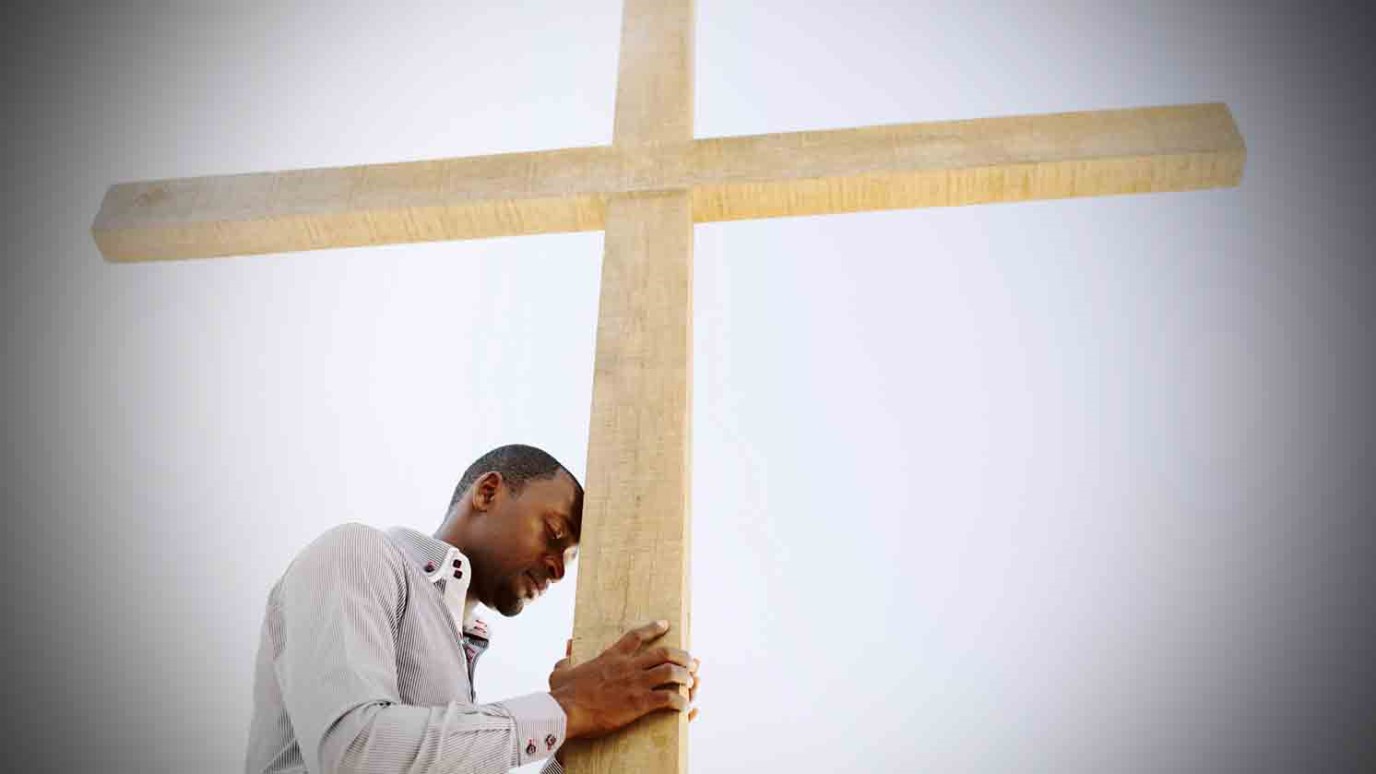 The way to let God be our Deliverer from sin and temptation is to go to the cross.

A slave who had been freed would not want to go back to a cruel master who had treated him badly all his life. He would want to keep as far away from such a master as he possibly could. The strange thing about some Christians is that after the Lord Jesus Christ has bought them away from their old master, sin, at such a great and awful price, they seem to want to go back to him and leave the Lord Jesus. That does not seem possible, does it?

It is a terrible thing for a Christian to continue in sin. In Romans 6:1-2 we see what God thinks about a Christian's sinning. It is worse for a Christian to sin than for someone who does not belong to God, for the one who belongs to the Devil has all his sins upon him anyway, and one more sin only adds to that terrible list. As a Chinese Christian said, the Devils people wear dirty clothes anyway, so one more spot doesn't show much, but the Christian wears the white robe of righteousness, so that every spot shows. Then, too, we have the Holy Spirit living within us, when we have been born again, and every time we sin we grieve Him. Surely we do not want to grieve the Lord. That is just what happens when Christians sin (Ephesians 4:30).

It is not easy to keep away from sin, even if you have been born again. In fact, Satan will try harder than ever to tempt you then, for he hates our Lord Jesus and would like to steal His servants, even if only for a little while. But the Lord Jesus has made a way so that we never have to yield to temptation. If we do yield, it is our fault, not His.

Temptation itself is not sinning. All evil comes from the heart (Mark 7:20-23), and Satan tries to stir it up so that man will caress thoughts of sin, or do the sin. Satan tried to make the Lord Jesus sin, but he could not do this, for our Lord did not have the old nature (John 14:30). So we must not think we have sinned because Satan has tried to stir up the badness in us. The sin comes in loving the evil whether we actually give in to the doing of it or not. Martin Luther said he could not keep the birds from flying around his head, but, by the grace of God he would keep them from building their nests in his hair. God says there is always a way out of temptation for us. Look up 1 Corinthians 10:13 and read it. Satan may seem to have blocked every way of escape, but God will show us how to escape, if we ask Him.

The way to let God be our Deliverer from sin and temptation is to go to the cross. You remember it was through the death of the Lord Jesus on the cross that we were saved. He took our punishment for us, and now we are free from sin and the Devil. It is by the cross that we are saved from the punishment of sin, and it is by the cross, too, that we are saved from the power of sin. When the Lord Jesus Christ died, God looked at Him and saw Him in our place, so that it was just as if we had really died then, with Him. You know a dead man cannot sin. So when Satan comes with temptation you must say to God, "Father, I know that when Jesus died, I died too. Keep me in the place of death on the cross, so that I will not sin.” God will do this if you ask Him. Look up Romans 6:6 and 11. This is what those verses mean. Our trouble is that too often we like to play with temptation a little while before we ask God to keep us dead to it. And if we do this, before we know it, we will have sinned. So at the very first beginning of temptation, we must yield our hearts to God and ask Him to keep them from sin. Study also 2 Peter 2:9; Hebrews 7:25.

* Why would Satan tempt us more if we are Christians?

* Why does God allow Satan to tempt us?

* What does sanctification mean?

* How do we fight off temptation in order to seek sanctification?

(Luke 1:57-80) Birth of John the Baptist
LUMO
Follow Us
Grow Daily with Unlimited Content
Uninterrupted Ad-Free Experience
Watch a Christian or Family Movie Every Month for Free
Early and Exclusive Access to Christian Resources
Feel the Heart of Worship with Weekly Worship Radio
Become a Member
No Thanks