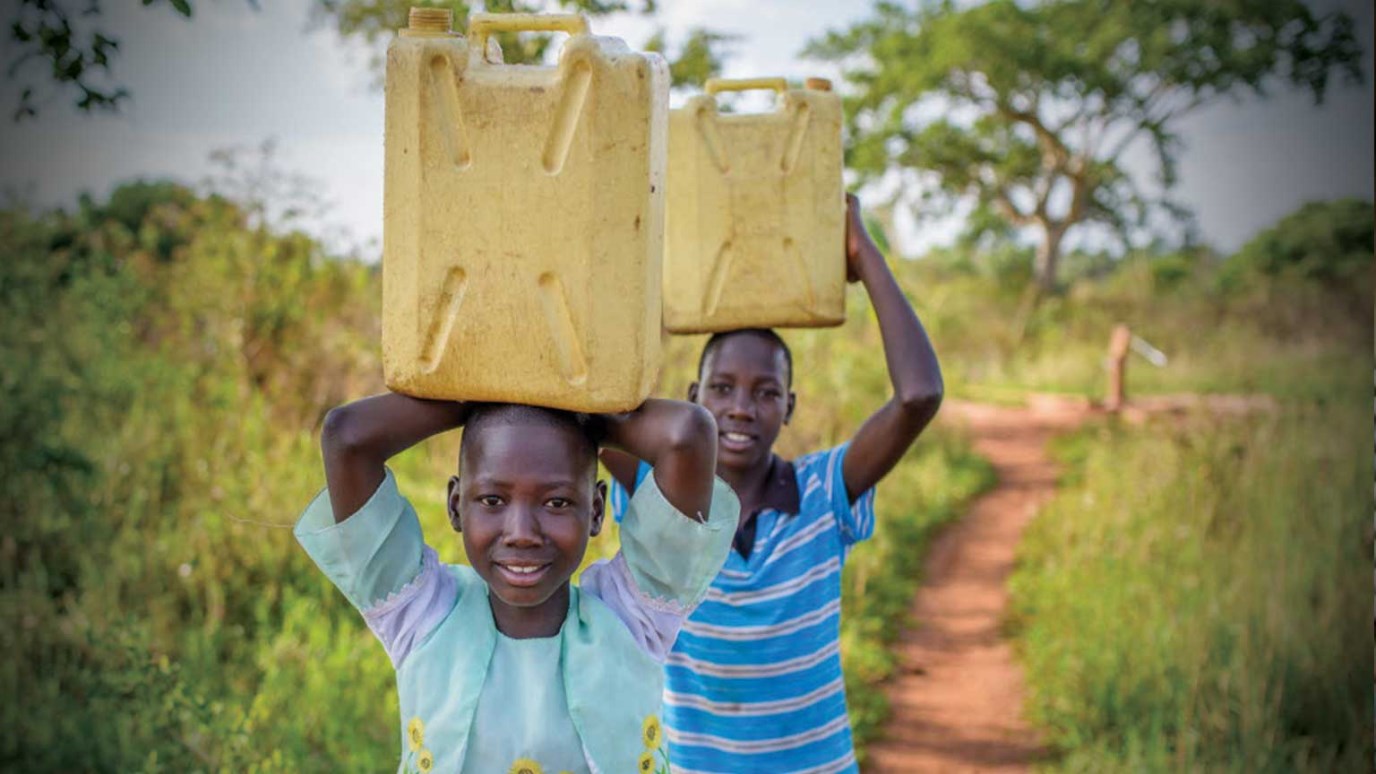 After school, Isabella, 11, (green dress), and her sister, Bonny, fetch clean drinking water from a pump installed by World Vision close to their home in Uganda.

Isabella’s family had to start over after fleeing violence and living in a distant camp for displaced persons. As many as 13,000 people lived there.

“Life at the camp was so hard,” says Stella, Isabella’s mother. “The children went to a school, but under a tree. It was the only place teachers could gather them together. We didn’t have anything to eat.”

“When we came back we were scared to stay here,” says Patrick, Isabella’s father. Stella picks up the story. “We could cook here, but we would sleep in the bushes.”

There wasn’t much left to start over with. The rebels had burned everything to the ground. “We felt so bad when we saw the burned huts,” says Stella. “We thought, ‘When will we be able to settle here again?’ We came back because at the camp they were saying that peace will prevail. We had nothing.”

The children are healthy now. Mosquito nets keep them malaria free. “They used to get malaria in the camp,” says Stella. “These kids never get sick.”