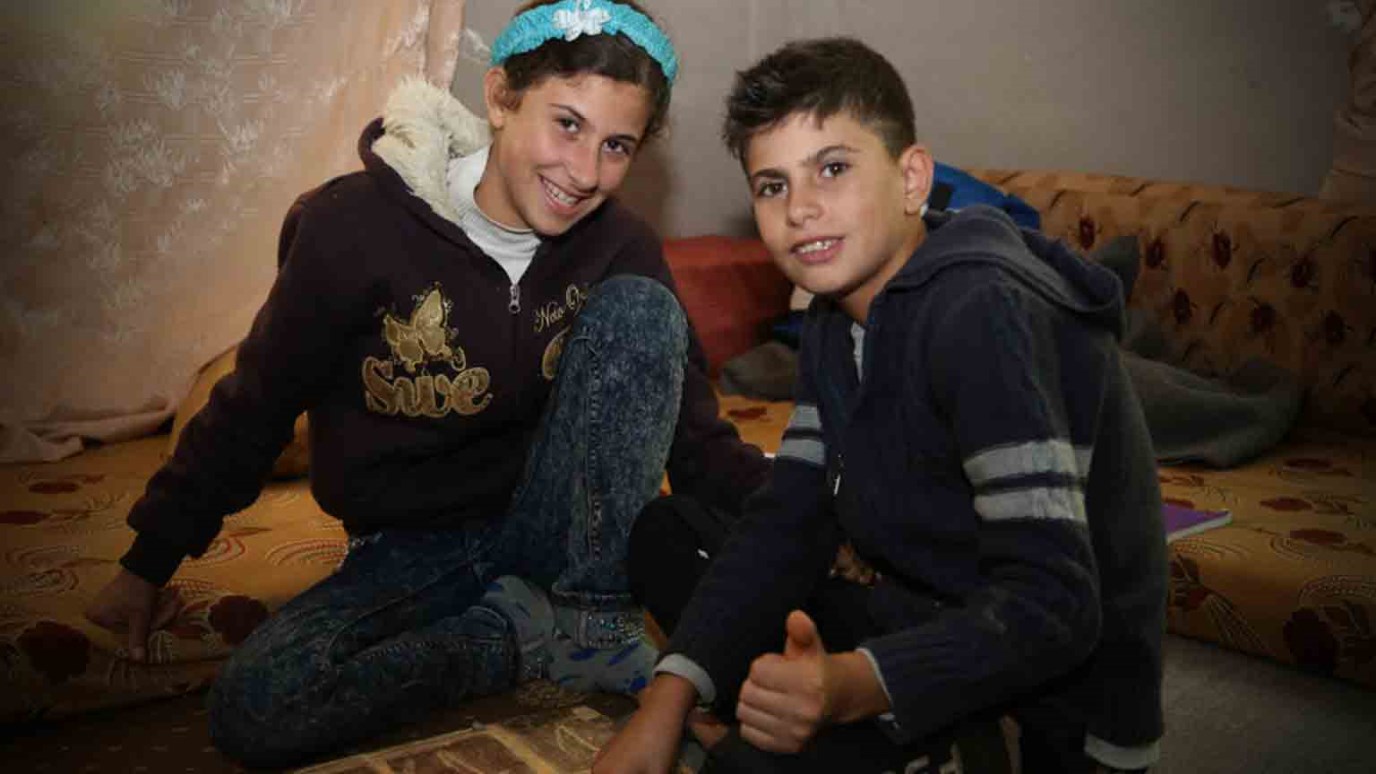 Twelve-year-old Samah, left, and her brother Yaman, 10, play school with a wooden board on which they draw numbers using chalk. They are Syrian refugees living in Jordan.

Samah officially attends school; Yaman doesn’t. At her age, Samah should be in the seventh grade, but her education was interrupted for three years and so she’s still in fifth grade. Her favorite subjects are Arabic and English. She attends World Vision Jordan’s remedial education classes.

Yaman works 12 hours a day in a coffee shop and earns about $4 a day. “I know how to make Turkish coffee and tea,” he says. His father, Naseem, who sustained a gunshot wound in the leg before they left Syria, hasn’t been able to get a job.

“Approximately half of all Syrian refugee children are the joint or sole breadwinners for their families in Jordan,” says Sahar Yassin, World Vision Jordan’s advocacy advisor.

Sahar says the children often do work that jeopardizes their physical and emotional well-being and prevents them from acquiring the education they need.