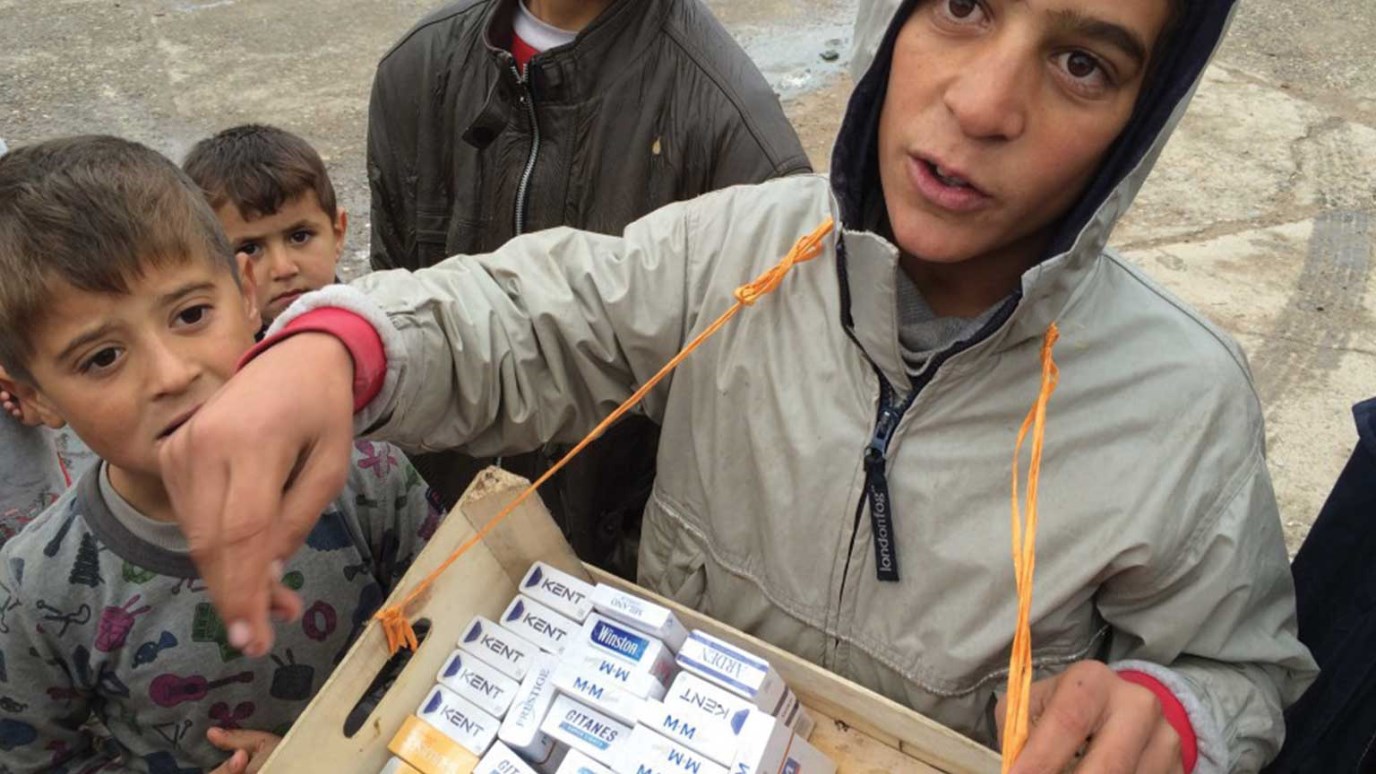 Edo is the sole provider for his mother and younger siblings. He and his family left their home in Sinjar, Iraq, after his father was killed.

“I must work selling cigarettes,” Edo says. Men in the shelter where Edo lives pooled enough money to help Edo start this business when they realized his mother was no longer able to support her children. Now Edo earns the equivalent of US$1 a day–barely enough to buy food or water.

Edo’s story is not new. The conflict in Syria, and its spillover violence into Kurdish region of Iraq, has put at least 2.8 million children out of school—some for three years or more. Experts warn that if the immediate needs for education are not met, an entire generation could be lost.

In Lebanon, Jordan, and Iraqi Kurdistan World Vision runs non-formal education programs for school-age children through Child-Friendly Spaces. Through these programs, children are able to continue their education in the hope they can re-join the formal education system in the future.