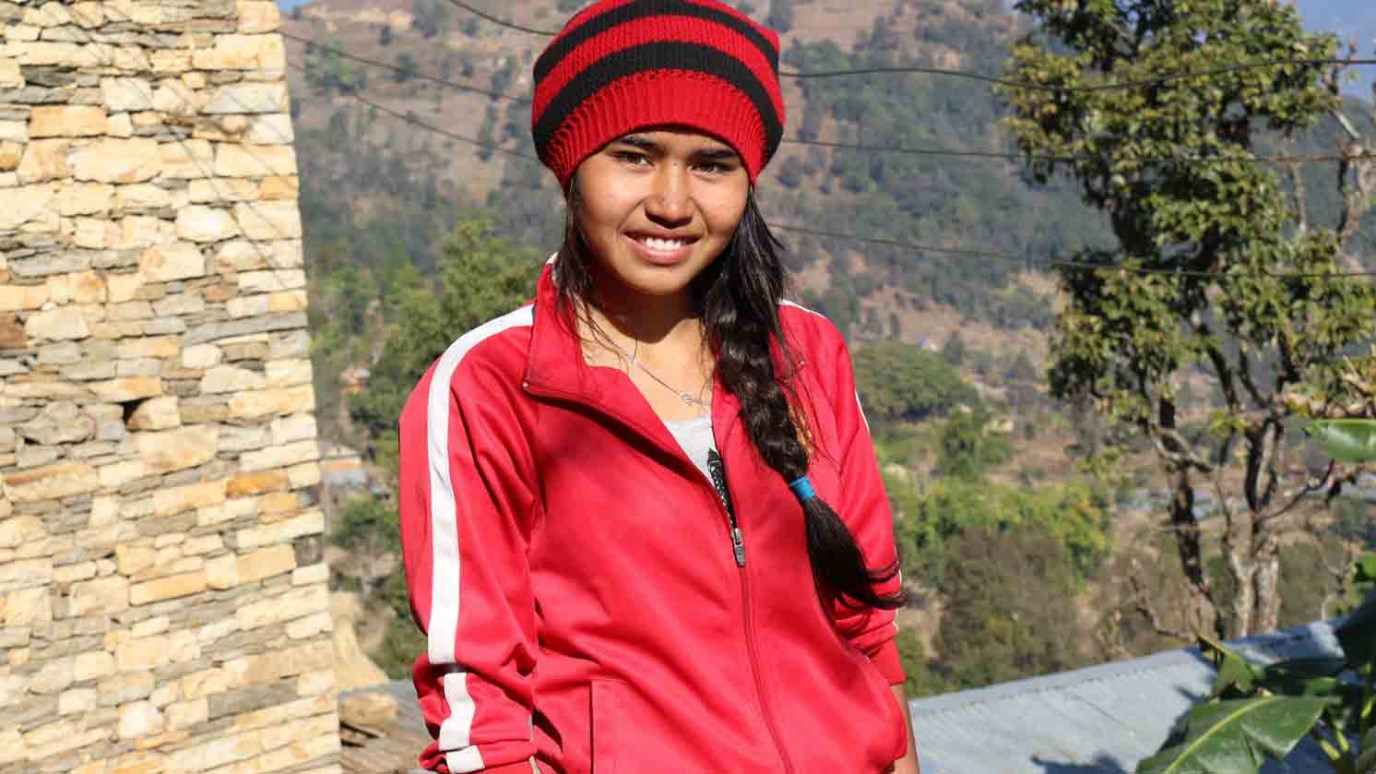 Mamita was nearly married at age 15, but her brave cry for help led to a better outcome.

Mamita, now 18, is from Lamjung in the western region of Nepal. Her mother fixed her marriage when she was 15.

"When I first heard about the news of my marriage I could not comprehend what was happening. I knew that I was too young for marriage and I wanted to study further then become a nurse. I was just 15. It made me sad and depressed and out of fear I could not say anything to my mother. But I knew there was a child club in my school and they worked on child protection issues. I thought maybe they will be able to help me, counsel me and find a way out. That was my only hope. I was desperate to get any help," says Mamita.

Despite the fear brewing within her, Mamita took the bold step to reach out for help. She approached the children’s club and talked to them about her predicament. The children’s club sought the support of local authorities and attempted to counsel Mamita’s mother on the issue of child marriage. Mamita had finally found her ray of hope.

As part of the awareness program, the children's club receives orientation from World Vision on child protection issues, such as child marriage, child labour, child abuse etc. School child clubs also work for schools' issues such as cleanliness, attendance, studies, extracurricular activities, awareness programmes, street dramas etc. They learn that child marriage is illegal and that boys and girls are not mature enough to get married before the age of 20.

Renuka Thakuri, World Vision's Development Coordinator, Lamjung District was also present when the forum approached Mamita’s mother to counsel her. "First Mamita's mother was very sceptical and she didn’t want to let go of a good marriage proposal for her daughter but later she realized child marriage can have negative implications on Mamita's health. That’s when she changed her mind," she says.

According to a 2014 UNICEF report, Ending Child Marriage, almost half of all child brides worldwide live in South Asia. Nepal is one of the 10 countries with the highest prevalence of child marriage. Fifty-two percent of women aged 20 to 49 years were married or in union before ages 15 and 18.