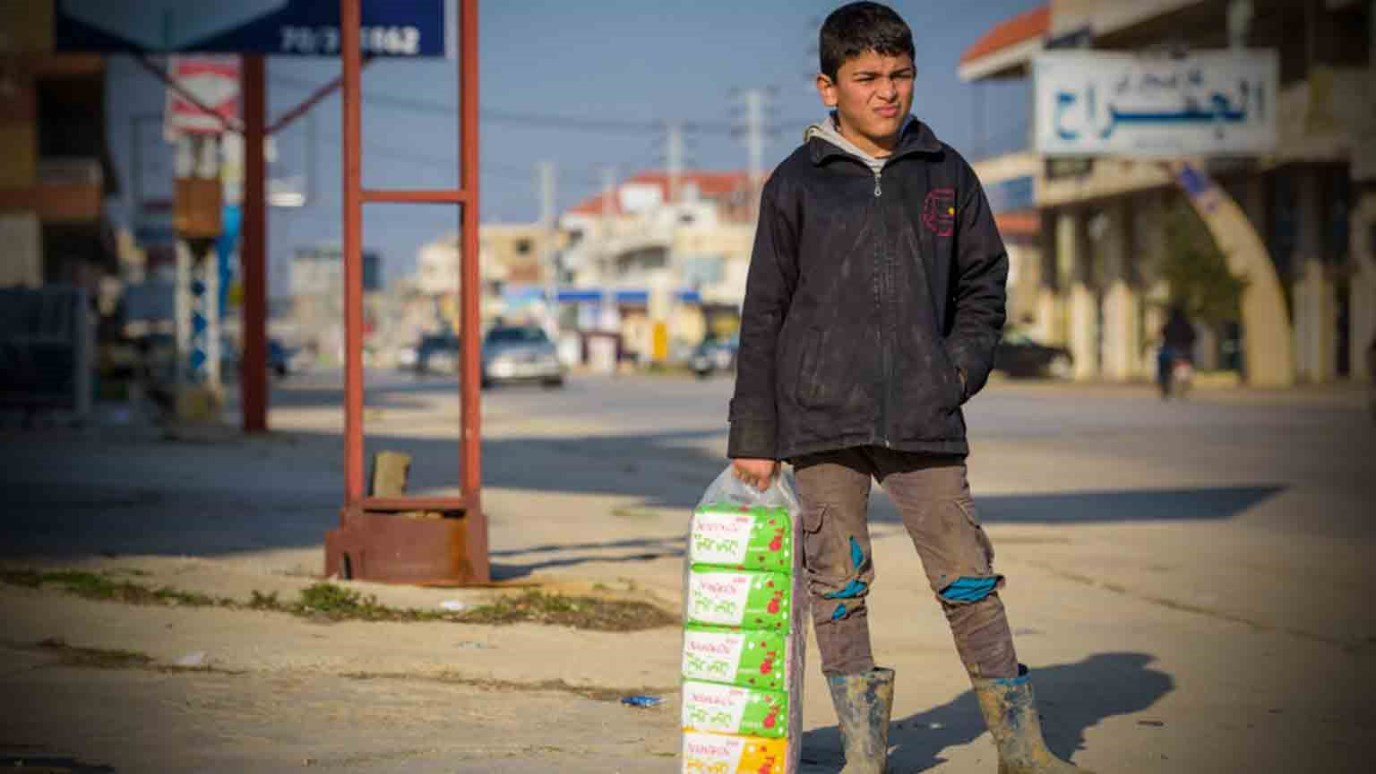 Twelve-year-old Ali sells tissues on the busy Beirut to Damascus road in the Bekaa Valley of Lebanon. He is his family’s sole wage earner. He makes at most $4 a day, which goes toward rent and other family expenses. He is often harassed as he stands on the roadside.

Between 2 million and 3 million Syrian children are not attending school. Their schools in Syria were bombed or occupied; it wasn’t safe to go. Many never had a chance to enroll.

Pray: Pray that Syrian refugee children will be able to access education and reach their God-given potential.

“Lord, please provide resources to refugee families in miraculous ways so children can get an education. For those in Syrian schools, place Your hand of protection over them as they try to learn. Maintain the will and plans of adults who are working to help educate Syrian children inside the nation and elsewhere.”