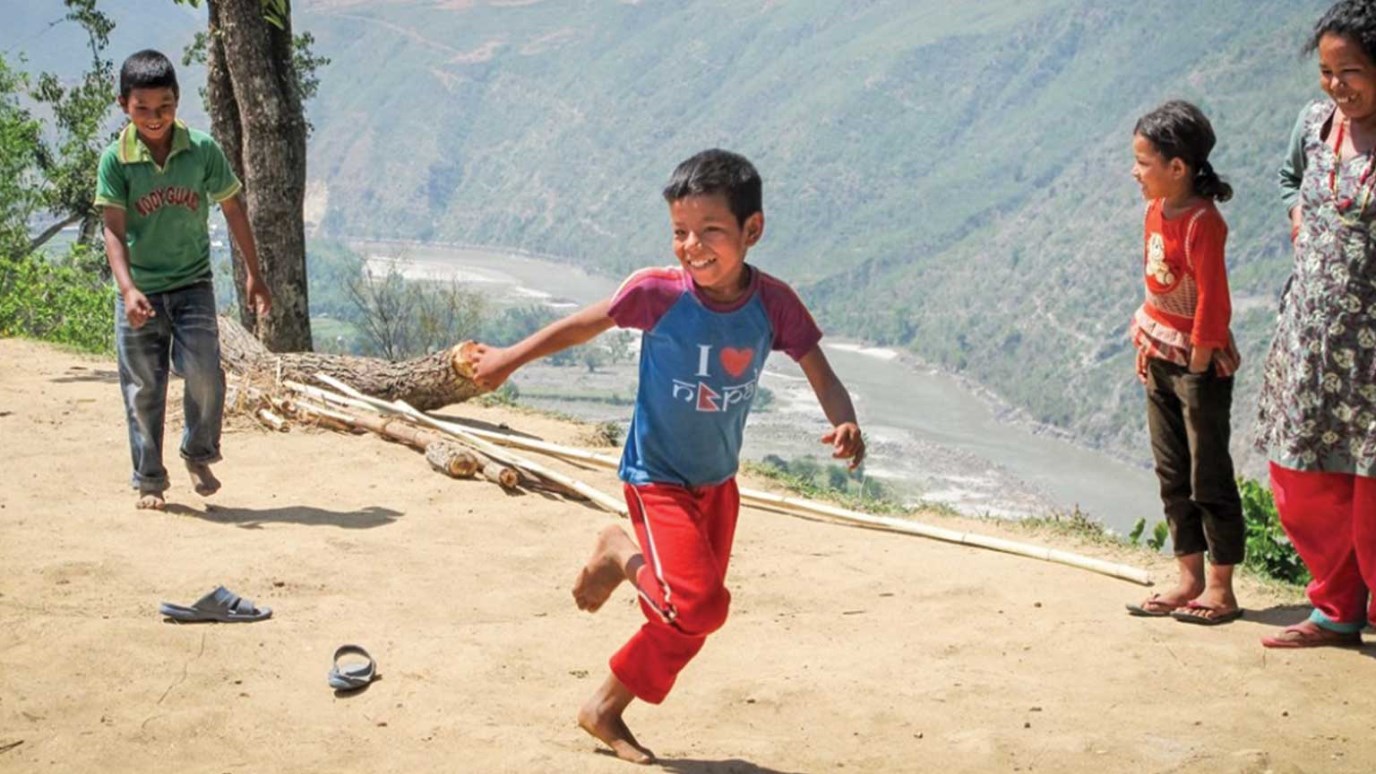 There’s no school since the April 25 earthquake, but children are looking forward to returning to their education.

A spirited game of Kabaddi breaks out among the children of Dhadagaun village in Nepal’s Sindhuli district, drawing a crowd of adults who shout encouragement.

With a height advantage, the older girls seem the most serious competitors in what looks to be a combination of tag and wrestling. They dash about and sometimes send each other sprawling in a narrow, sandy alley between a sheer drop-off and tarpaulin-roofed structures their parents erected after all 30 houses in the community were damaged beyond use.

A week and a half after a magnitude 7.8 earthquake destroyed their homes, children no longer enjoy sleeping out in tents, and they are ready to return to school.

“Exams have been delayed for the whole of Nepal,” says 19-year-old Binod Sitha. He’s keenly anticipating taking the national test that he has to pass to secure the army career he desires.

“It’s very important to pass,” he says. “If you do, you can get a good job or go on to get a bachelor’s degree.”

The younger children want to get back to school to see their friends, read books, and play football (soccer).

The children of Dhadagaun are fortunate; their school and its toilets were unscathed. They anticipate heading down the narrow mountain track to school in their rubber sandals, sure-footed as mountain goats. It takes an hour to walk to school; two hours to make the climb back home, they say.

However, for some Nepalese children it will be many months before they return to school. An estimated 948,000 children lost their schools to the first quake, which destroyed 14,500 classrooms and damaged more than 9,000.

Since a magnitude 7.3 aftershock on May 12, the reopening of Nepal’s schools has been set back until June 2015.