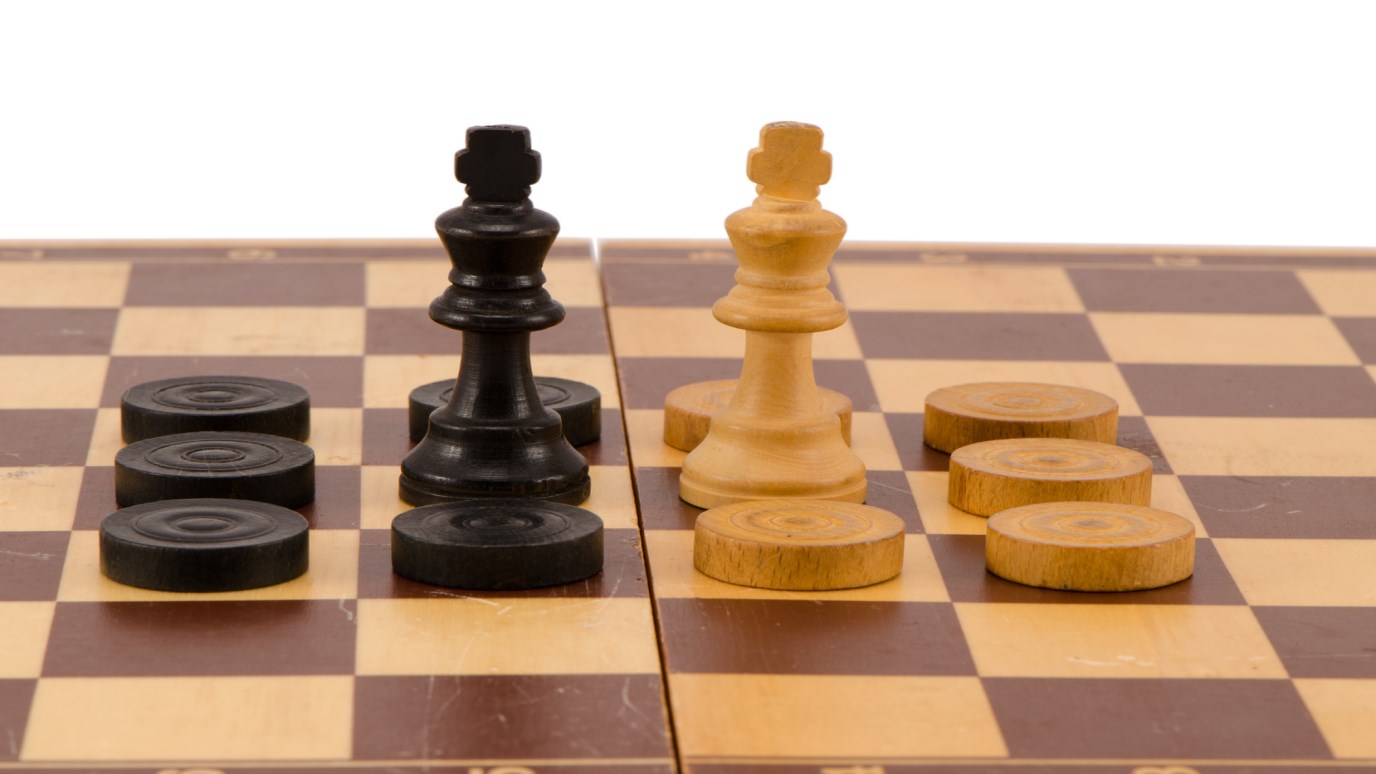 Great managing is not about control, but about connection and release. It’s not about your power, but your empowerment of others.

In checkers, all the game pieces move in the same way. In chess, you move each piece differently based on its ability. Wise leaders play chess, not checkers, as they manage relationships. They connect with individuals based on their unique personality and strengths.

Growing up, I loved to play checkers. But in fifth grade, I was introduced to the game of chess. Wow. I had no idea that two games played on the same board could be so different. All of a sudden I entered a whole new world of strategy.

Think about it. What is the biggest difference between checkers and chess? It’s the pieces. Anyone who wants to win in chess has to first learn how each piece moves— from the pawn, to the rook, to the knight, to the queen and king. Once I understood the ability of each chess piece, I could plan a strategy to win the game. Bobby Fisher, the great chess champion, once said, “Winning in this game is all a matter of understanding how to capitalize on the strengths of each piece and timing their moves just right.”

This is a picture of good leadership. Great managers understand that you can’t get the best out of people by playing “checkers” with them—treating them all alike, expecting the same things out of each of them, handling them like some generic product on a shelf. Just like in chess, great managers discover what is unique about each person and capitalize on it.

Marcus Buckingham writes about this idea and says, “Your employees will differ in how they think, how they build relationships, how they learn, how prepared they need to feel, what drives them and so on. (Most of these differences don’t change). The best way to connect with people is to identify how each one is different and how you can best incorporate those differences into your plan of action.” Great managing is not about control, but about connection and release. It’s not about your power, but your empowerment of others. And folks are best empowered when it is done according to their strengths. Mediocre managers play checkers with their people. Excellent managers play chess. They connect with people at the point of their strength.

Michael Abrashoff once served as the executive officer aboard the Navy ship, USS Shiloh. It was a dreaded job because in addition to being second in command, he was in charge of the entire bureaucracy of paperwork for 440 sailors. His administrative assistant was a man who got promoted only because he’d been around longer than anyone else. He could not type, proofread, or use the spellchecker; and what he did do—he did extremely slowly.

At first, Mike assumed he had to endure this inevitable situation. One day, however, his assistant went on vacation, leaving him adrift a sea of paper. Since his job was so unpleasant, Mike grabbed a junior seaman named David, who’d been transferred because he didn’t fit in anywhere and who’d been charged with insubordination. Needless to say, Mike didn’t expect much from him. Soon after David arrived, however, the piles of paper were finding homes. Stacks were disappearing, words were being spelled correctly and sentences actually had subjects and verbs for the first time!

One day, Mike asked David why he’d been kicked out of his last post. Mike replied, “I felt as though the chief petty officer hated me.” He then explained that a month after arriving there he began suggesting ways to improve their efficiency and the chief didn’t like it. He hit a brick wall over and over again. Eventually, David gave up. In reality, David was simply demonstrating his strengths, and that officer didn’t know how to handle it. He only knew the world that promotes people based on tenure not talent; based on rank and not strength. He only knew how to play checkers—not chess. Needless to say, David flourished under Mike’s leadership because he allowed David to think freely and create ways to improve what they did. He invited David to draft letters and decide the best way to solve problems in his strength area. Mike turned out to be quite a chess player.

If you followed professional football in the 1990s, you know the name Bo Jackson. Bo was an all- pro running back in the NFL for years. But did you know we may have never heard of Bo Jackson had it not been for his college coach at Auburn University? You see, Bo Jackson began as a defensive player for Auburn. As fate would have it, the two starting players in the backfield at Auburn both got hurt at about the same time. His coach approached Bo and asked him to play tailback. Bo hesitated—but said yes. And the rest is history. He may be the best tailback Auburn has ever graduated. He went on to win the Heisman Trophy.

So what am I saying? Bo was good at his defensive position; but he was great at his offensive position. He simply needed to be placed well. He needed a coach who could spot potential talent outside of the box he’d been placed inside. He needed a leader who played chess not checkers.

How to Play Chess as a Leader

In order to play chess, you must recognize the unique role each player on the team can play. This means we must identify at least four qualities in others:

Strengths and Weaknesses – Leaders must connect with people at the point of their strengths. We must identify both the weaknesses that de-energize them and waste time as well as strong points where they get energized and flourish.

Triggers – Leaders must figure out what motivates their team members. Is it verbal praise? Is it time with the leader? Is it monetary gifts? Everybody has a trigger that gets them motivated and ready to give themselves to the cause.

Personality – It’s key for leaders to know the personality differences of their people. Are they the fun-loving sanguine? Or, the driven choleric? Or, the laid-back phlegmatic? Or, the analytical melancholy? Identifying personalities can make or break your leadership.

Learning Style – a final discovery is what learning style your people prefer? Are they an “analyzer” who craves information? Or, are they the “Doer” who has to actually jump in and do it? Or, are they a “Watcher” who wants to see it modeled in order to learn something?

Capitalizing on each person’s strengths accomplishes so many things for a leader. First, it saves you time. You don’t waste time anymore trying to change people. Second, it makes others accountable. Each person is encouraged to do their very best in their own area. Third, it builds a stronger sense of team, since the best teams are built around interdependency. You acknowledge you need others because they do things you can’t do. You can celebrate differences. Others’ value is in their differences. (A baseball team doesn’t need four shortstops!)