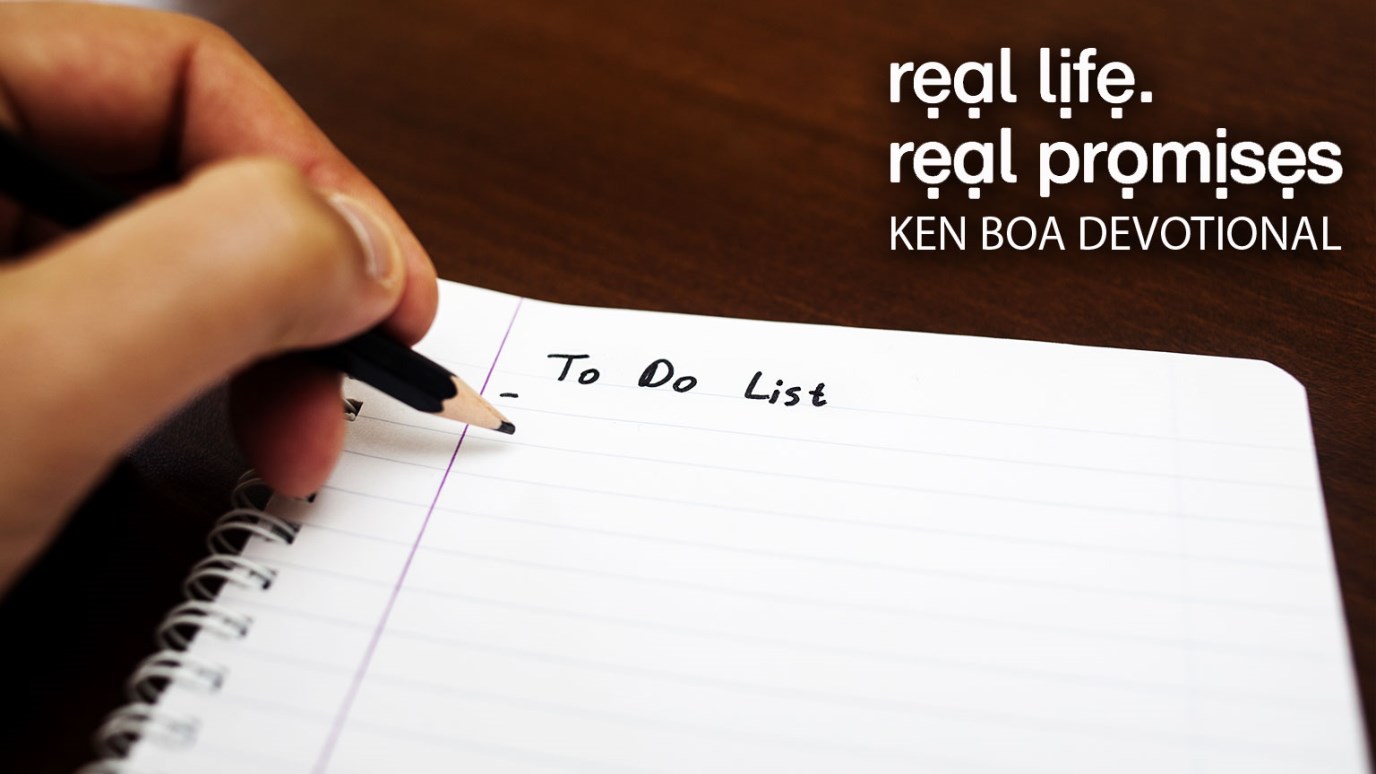 There is only one name on the list of those righteous enough to inherit Heaven, and that is Jesus. And if you are in Him, then you will inherit Heaven as well.

Some people approach life with a “To Do” list of things to accomplish. Lists remove ambiguity from life; they put life into the realm of switches— on or off. Lists are binary devices: you’re either on the list or you’re not. It’s at that point that lists can become liabilities in the kingdom of God.

The Pharisees lived by their lists, whereas Jesus was guided by the Spirit (e.g., Mark 2:23-28). Like Pharisees, believers in Christ have a fleshly tendency to use lists to measure our acceptance with God. Take the list, for example, that Paul wrote concerning who will not get into heaven (1 Cor. 6:9-10). Our fleshly tendency is to frantically scan that list like a college student checking a Pass/Fail list after a physics exam. All we want to know is, “Did we pass?” It would be wrong to read Paul’s list as a Pass/Fail list for heaven. That would imply that everyone was going to heaven except those who “Failed,” those whose names appear on the list. In fact, just the opposite is true. Scripture teaches that all are on the list of the wicked—none are destined to inherit the kingdom of God—except those who have been removed from the list by virtue of being redeemed by Jesus Christ.

Lists in the Bible always have a bigger purpose than simple enumeration. The characteristics of love (1 Cor. 13), the fruit of the Spirit and deeds of the flesh (Gal. 5), and the gifts of the Spirit (Rom. 12, 1 Cor. 12, Eph. 4) are not definitive. Rather they are examples to guide our understanding and practice. And so is Paul’s list of those who will not inherit the kingdom of God. The point is not to name every kind of wicked person that exists, but rather to point out that the kingdom of God is a realm of righteousness, and no person may enter without the righteousness of Christ.

Don’t scan Paul’s list for your particular besetting sin. Rather, focus on your relationship with Christ. There is only one name on the list of those righteous enough to inherit heaven, and that is Jesus. And if you are in him, then you will inherit heaven as well.

God’s Promise to You: “None will inherit heaven except those who know my Son.”