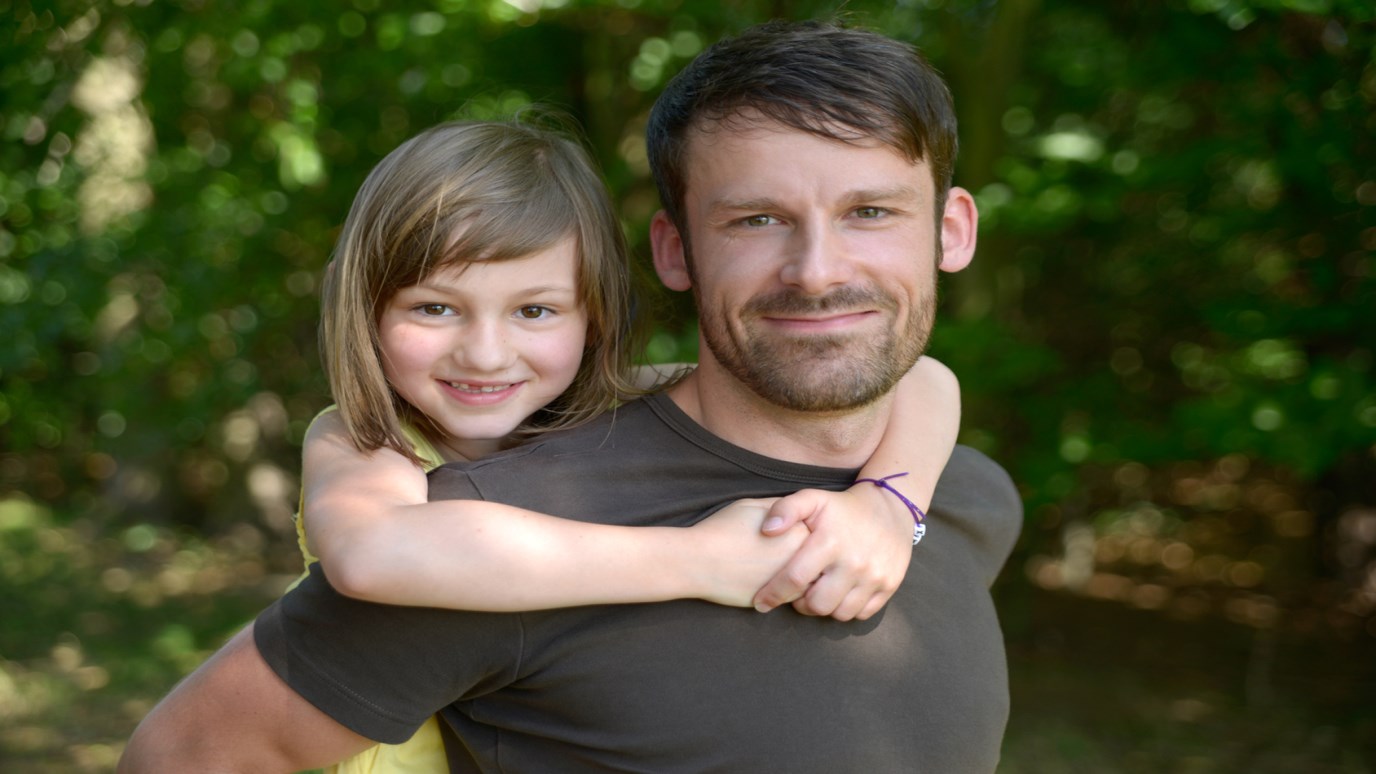 Growing dads know that their actions today have an impact on tomorrow.

Howard, who grew up without a father, is a 37-year-old father of five. He became a father in his teens and has struggled for years with the demands of raising five children, especially since he never had a male role model. Working two jobs, he was always too tired for his kids and made excuses instead of spending time with them.

When Howard got into trouble for substance abuse, his rehabilitation program included a fathering class, where signs of a life change began to show. His wife Rita said, "I’ve seen a lot of changes in Howard…. He’s a different man." As Howard said, "It takes work. I’m trying to learn how to be more consistent with my kids. I just want to love them more."

Randy also deserves a lot of credit. He had the courage to stand up in a group of men from his church and confess, "I’m struggling with my stepson, who I’m trying to love, but he just will not respond. It’s brought tension to the whole family. I’ve done everything I can think of." He continued, "Will someone pray for me?" The men did, and Randy gained strength to keep trying. A week later, he had a major breakthrough with his stepson.

These are growing fathers.

James was approached by his young adult daughter about what she hadn’t received from him growing up. She knew he cared for her, but she sensed that he was always too busy for her. She felt a gnawing lack of love and attention; something was still unresolved, she said.

James’ responded with, "You’re right, honey, those things were missing. I’m sorry, and I want to make sure they’re not missing now." That day was the start of a change in their relationship.

These growing fathers took the initiative to restore and rebuild relationships with their children. Each of them has realized that fathering is an adventure in humility, where honesty and the support of others is as important as having the right answers. They are able to learn from mistakes and grow through the tough times.

How do you assess your commitment to your children? Many times, it isn’t so much what you’re doing, but what you’re not doing—what you’re willing to give up in order to gain in the eyes of your kids. Being a good father takes sacrifice.

Some of the best stories of fathering sacrifice come from extraordinary situations. Men have altered the course of their careers and their entire lives to take care of their special-needs children—children facing unusual physical or mental challenges. Those men should inspire us, but we should also recognize that all kids, to some extent, have special needs.

You may have to make adjustments for the sake of your family, sacrificing job advancement, activities you enjoy, or even extra service in your community or church. As a committed dad, sometimes you have to sacrifice what is good for what is best.

Maybe you stay up late to help your son with a speech that he’s nervous about—when you also have a presentation to give the next day. Or you give up your Saturday round of golf to go bicycle riding with your daughter.

Committed dads recognize that difficult circumstances aren’t an excuse to bow out on their responsibilities. Fathers father. Growing fathers find ways to be effective even in the face of adversity and discouragement.

It may seem like no one notices all you do, but the fruit of committed fathering—a close bond with your children—is its own reward. And there are few satisfactions in life that can compare.

Growing dads know that their actions today have an impact on tomorrow. They see beyond the immediate temptations of recognition, power and achievement that the world offers and strive to succeed first with their families. Steven Covey’s advice, "begin with the end in mind" has almost become a cliché, but it’s an important concept for good fathers.

Fathering from a long-range perspective means that, when your son acts up at the dinner table, you don’t simply assert your authority and threaten or punish him to get your way. That may be a quick-fix solution, meeting your immediate desire to restore order and quiet to your household, but you may ultimately be driving him toward bitterness.

If you are truly motivated to act in your child’s best interest, you’ll step back, consider the long-term effects on the relationship, and then act in a way that results in both you and your son winning. And you may still see fit to discipline the child; or you might decide that a good talk would better deal with the behavior problem and reinforce your relationship with him. However you handle it, the important thing is that your motivation is right, because you considered the long-range implications.

Ten or twenty years from now, these daily battles aren’t likely to be important to you, but your relationships with your children will matter, and realizing that can make a huge difference in how you father today.

3. Sources of Ongoing Encouragement and Equipping

Your Children’s Mother. The most valuable resource available to help you grow as a father is the mother of your children. Of all your "secret weapons," she’s at the top of the list.
More Sermon Clips Add To Library Add to My Devotionals Favorite Share Like 0

Sometimes a Kid Has to Dream
John Rosemond

How to Parent (or Teach) a Gamer
Dr. Tim Elmore

Being a Strong, Effective Father
FamilyLife
Follow Us
Grow Daily with Unlimited Content
Uninterrupted Ad-Free Experience
Watch a Christian or Family Movie Every Month for Free
Early and Exclusive Access to Christian Resources
Feel the Heart of Worship with Weekly Worship Radio
Become a Member
No Thanks