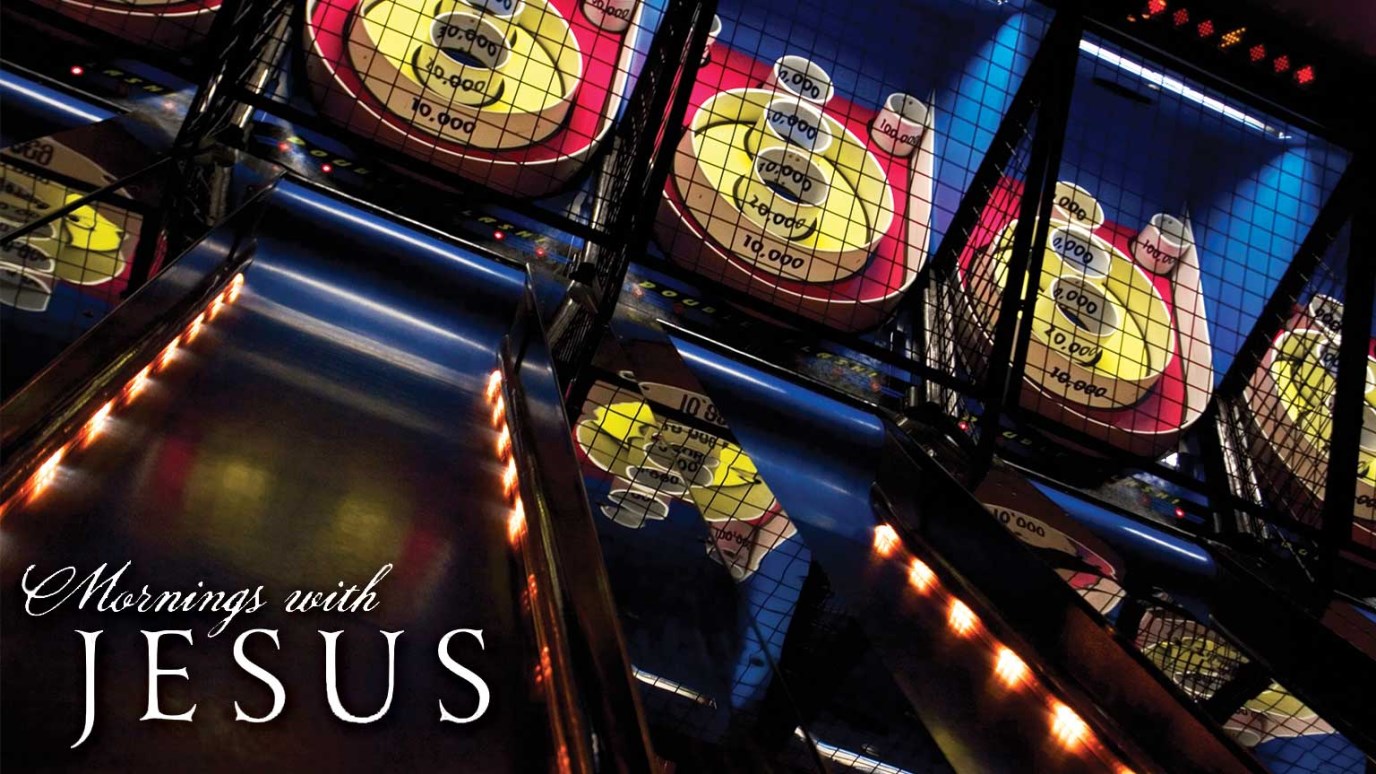 Are you able to accept changes in plans graciously? Pray for Jesus to help you relinquish control and practice flexibility.


Many are the plans in a human heart, but it is the Lord’s purpose that prevails. Proverbs 19:21, TNIV

It should have been a great Saturday afternoon of bowling. The youth group, with which I volunteer, was planning a major tournament of staff versus kids, and competition was going to be fierce. Trash talking abounded, and we adult staff members had our reputations to defend.

But that day turned out to be very rainy, and when we arrived at the bowling alley, not only was there a birthday party there, but other families had also come to bowl since the weather was bad. There were no lanes available.

Instead, we recruited a few parents and some college students who’d shown up to be drivers, and everyone went to Nickel City, a video-game arcade. It ended up being a fun outing.

I admit, I got kind of frazzled with the last-minute organizing, and I remembered ruefully how our plans are not always God’s plans. I always thought the verse referred to “big plans” such as what career to go into or whether to buy a house. A foiled bowling trip seemed like something too trivial for God to want to bother Himself with, and something I could handle by myself.

But I think the point of the verse isn’t about big plans or little plans. God wants us to realize that in life, there will always be change, and that He is the one in charge. And sometimes we have to relinquish our sense of control and be flexible.

Jesus talked about the rich fool who built barns for his abundance of grain, making plans to eat, drink, and be merry, but died the next day. His plans took a major U-turn. His plans weren’t God’s plans.

FAITH STEP: Whether you’re a planner or not, are you able to graciously accept changes in plans? Are you flexible? Pray for Jesus to help you relinquish control and practice flexibility.

Pay Attention
Dr. Michael Youssef
What I Wish I Would've Known Yesterday
Emily Manke
Follow Us
Grow Daily with Unlimited Content
Uninterrupted Ad-Free Experience
Watch a Christian or Family Movie Every Month for Free
Early and Exclusive Access to Christian Resources
Feel the Heart of Worship with Weekly Worship Radio
Become a Member
No Thanks