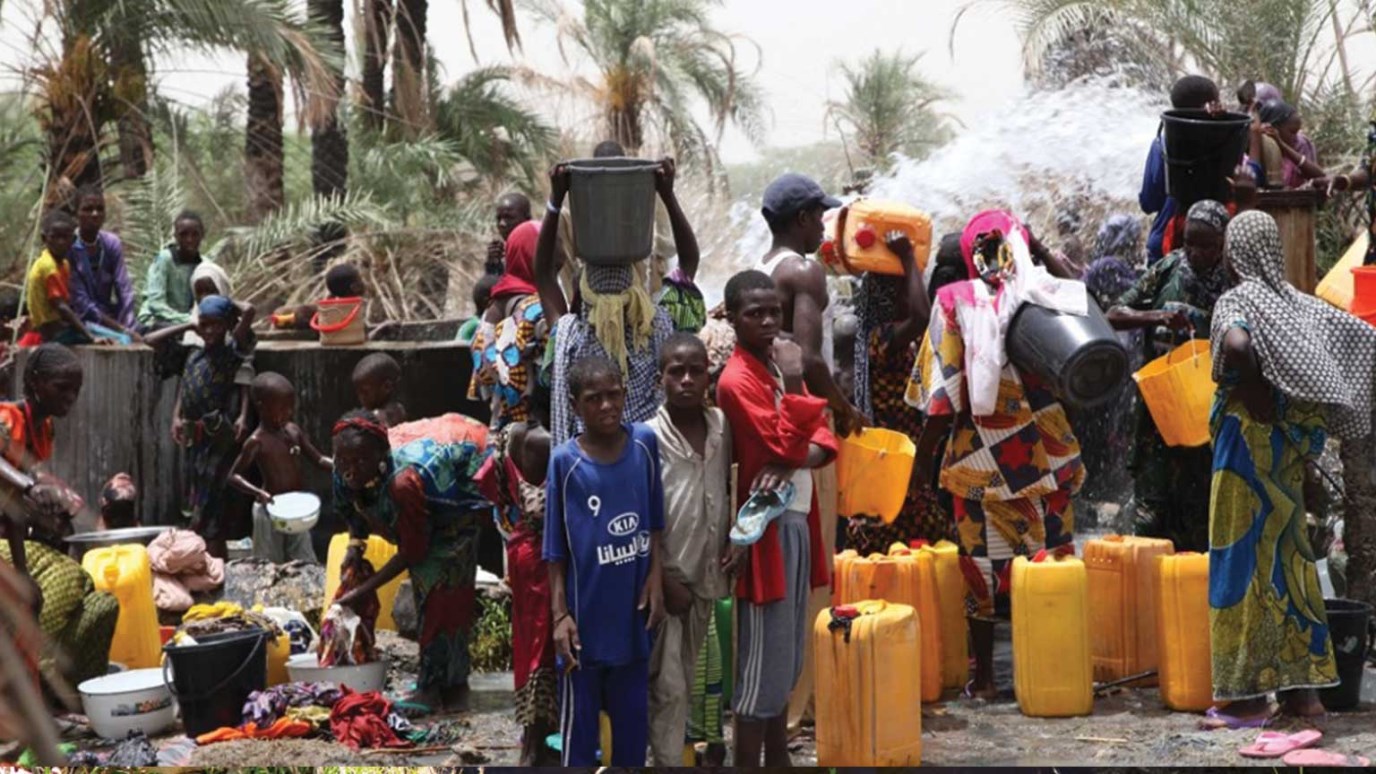 Nigerian refugees queue for water at a camp in the Diffa region of Niger. World Vision is assisting camp residents with clean water, sanitation, and programs for children.

Violence in Nigeria has led to nearly 100,000 refugees crossing into the Diffa region of Niger, putting a greater strain on the humanitarian response there. Since January 2015, World Vision has provided aid to refugees in Diffa, first through a partner agency, and since May 1 directly; assistance includes access to clean water and sanitation as well as programming for children.

The numbers of people in Niger who lack sufficient food could increase to 4.7 million during the May to September lean season, from the current 3.4 million, according to the U.N.’s children’s agency. Those under the age of 5 are most likely to be affected by food insecurity.