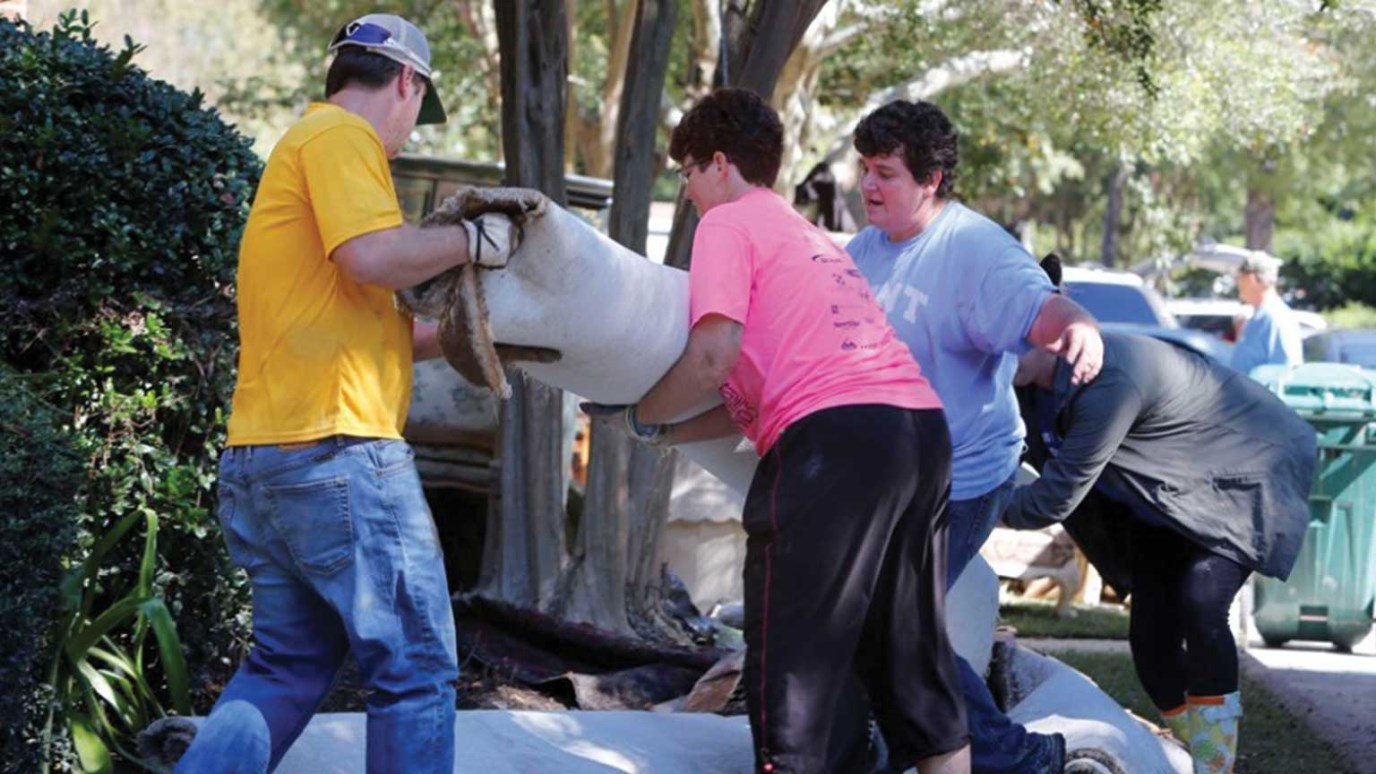 Volunteers remove flood-damaged carpeting from the home of an elderly woman in Columbia, S.C. Her home was damaged by historic flooding in early October.

After a week-long deluge over South Carolina, sunny skies and receding floods began to reveal the extent of damage and loss from record-breaking floods. Rainfall of 18 to 24 inches was recorded in much of central and coastal South Carolina.

CNN reported that more than a dozen dams had breached or failed; at least 15 people died.

As World Vision staff prepared truckloads of relief supplies to be distributed by partner churches, they said they’d been told some roads were still impassable.

Nevertheless, the first semi-truck rolled from the organization’s North Texas warehouse less than a week after the flood. Flood clean-up kits, personal hygiene packs, blankets and linens, clothing, toys, and household goods were among the items sent for distribution by churches in flood-affected communities in South Carolina.

“It’s churches and faith-based organizations that carry their communities through a disaster,” she says.

“Not only are they local first responders, but they will stay with the recovery after outside organizations have left.”

On This Rock…
World Vision

A Homeless Shelter Where Jesus Is Served
OnFaith