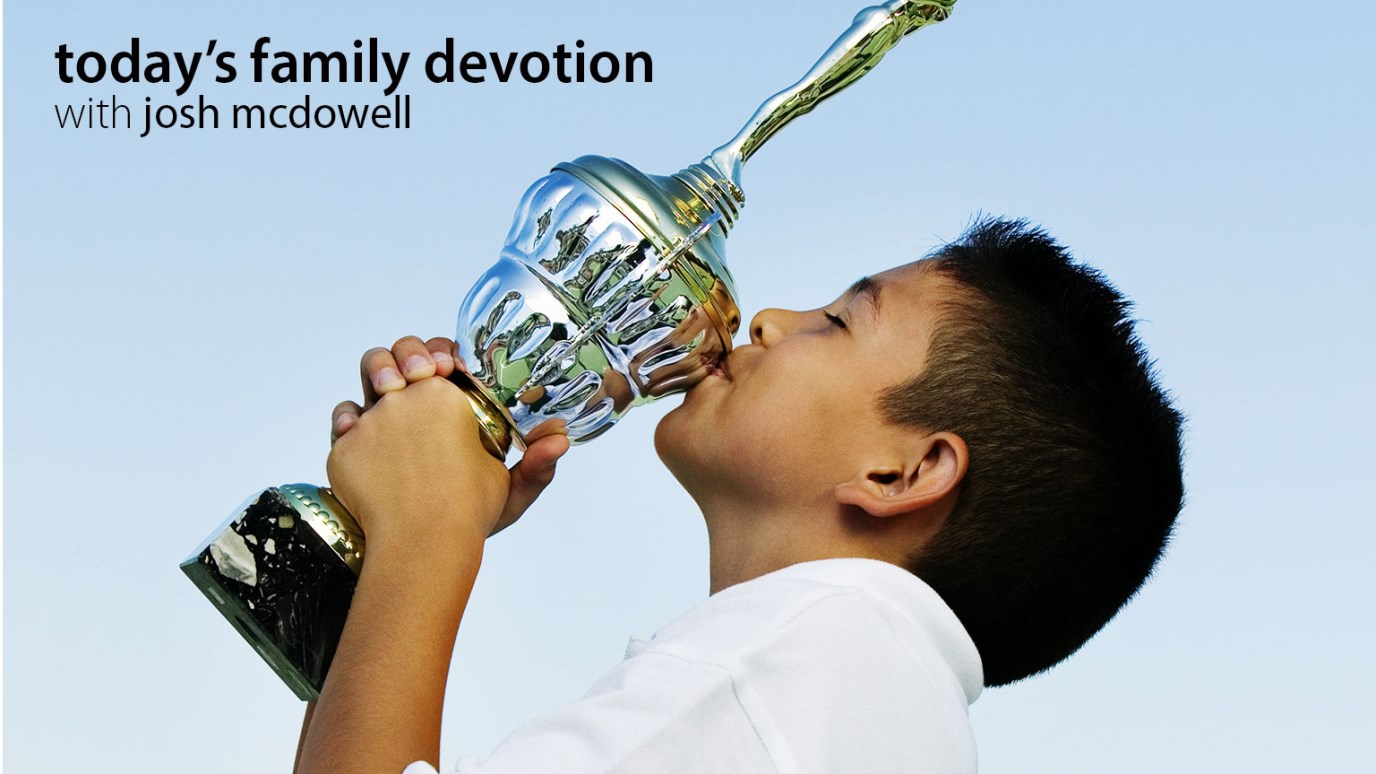 God commands perseverance because He values it. Josh McDowell shares how to help your children work hard and never give up.

Carl sat beside his mother and father at the annual sports banquet. He watched several of his teammates on the track team win awards.

“I won’t win anything,” he whispered to his mom.

“I only won one race all year!” he answered, as if his mom’s question were silly. But even as he whispered to his mom, he heard his name called.

Carl stood and walked nervously to the front of the banquet hall. The room was filled with kids who played sports at Carl’s school, and their parents-and even some grandparents. Carl wore a puzzled look as he took his place next to Coach Watkins.

“There are many young men and women on our sports teams who could be given this award,” the coach said, “but I can’t think of anyone who deserves it more than this young man. This was Carl’s first year on the track team. He ran every track meet, and though he ran well, someone always seemed to finish a few steps ahead of him. But Carl never gave up, and he won his first event in the next-to-the-last meet of the year. So our ‘Perseverance Award’ goes to Carl Hughes!”

The crowd erupted in applause. Carl said a quick “thank you” and returned to his table with the trophy Coach Watkins had given him.

On the way home that evening, Carl repeatedly looked at his trophy as if he couldn’t believe it was actually his.

“More important,” Mom suggested, “I think God’s proud of you too.” Carl’s expression reflected his puzzlement.

“Think about it,” Mom said. “People only give awards for things they value. The fact that your coach gave you an award for perseverance shows that he thinks somebody sticking with something through difficulty is a good thing.”

“I almost didn’t,” Carl said, exchanging a glance with his father.

“But you did,” Mom said. “And that’s what matters. But I think God’s proud of you too, Carl, because I know God values perseverance too. He was always telling people and churches in the Bible that he liked their perseverance.”

“I never thought about that before,” Carl said softly. He looked at his father’s eyes in the rearview mirror. Dad was watching the road. “Hey, Dad?” he said. Dad looked at his son in the mirror. “Thanks for not letting me give up.”

TO DISCUSS: In today’s Bible reading, why did the Lord praise the church at Ephesus? How does that show what he values? Do you think perseverance is a good thing? Do you try to work hard and not give up? Can you give an example of when you persevered?

TO PRAY: “Lord, thank you for the times when you wouldn’t allow us to give up.”