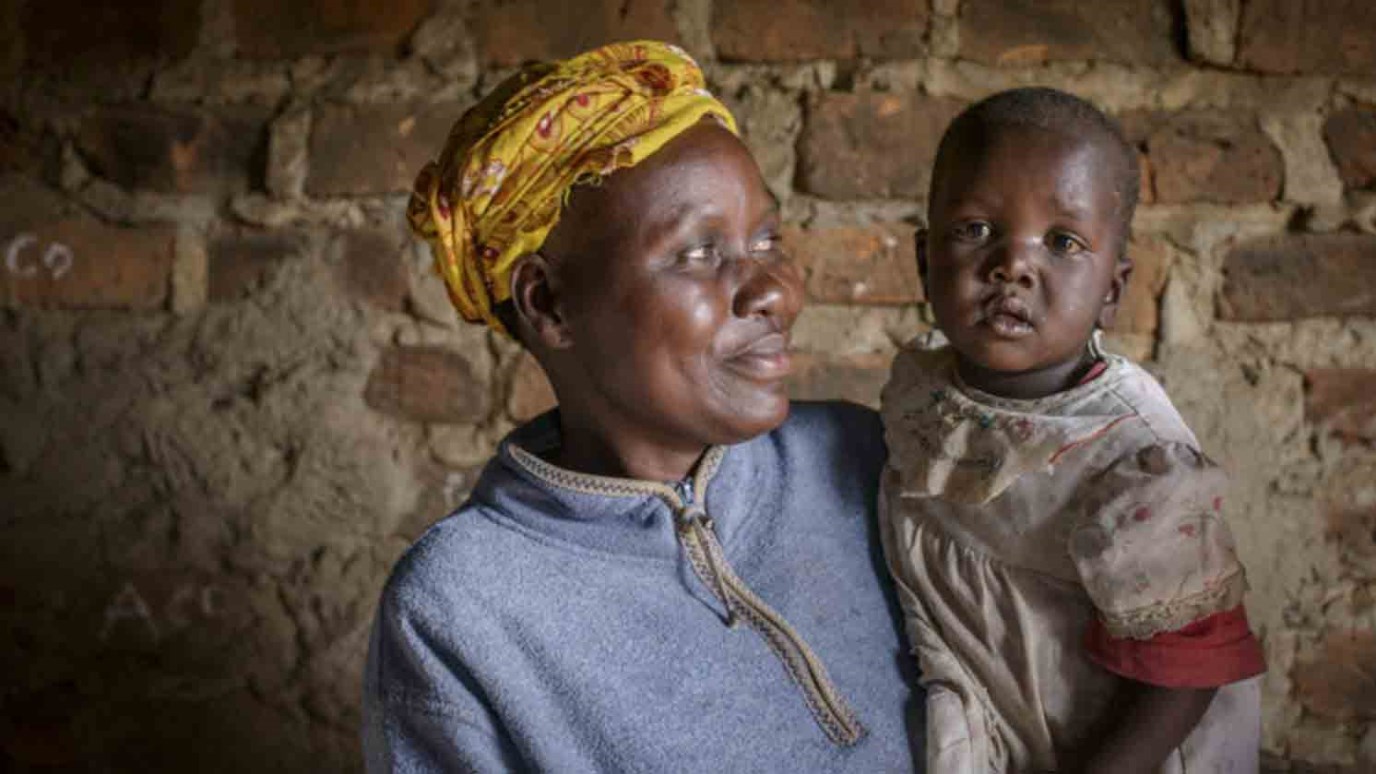 Josephine holds Isaac (“Gift”), age 2, who she adopted after his mother died.

Little Isaac came into this world with the odds stacked against him.

His mother died the day after he was born. He was so small people were afraid to touch him, let alone take him in as one of their own. And most of the people in his Ugandan village thought he would almost certainly die.

Thankfully, Josephine Oundo was not afraid. This 47-year-old mother was touched by the tiny, fragile infant and decided to bring him into her home. Her children wanted him too, especially her sons, David and Samuel, now 7 and 5. “‘Oh, mom,’ they said. ‘This is a gift from God. Let’s name him Gift,’” Josephine recalls.

Surrounded by love and acceptance, Isaac had a new chance at life. But it wasn’t going to be easy. Josephine had nothing to feed him but diluted cow’s milk. At 3 months, Isaac weighed only 6 pounds — about the same as a newborn. The local hospital tried blood transfusions to make him stronger, but they didn’t help.

They are also equipped with bicycles for travel, rain gear, and even medicine to treat malaria, pneumonia, and diarrhea — Uganda’s top three killers of infants and young children.

Auma had another tool at her disposal — a World Vision nutrition program called PD Hearth that identifies local families who are successfully nourishing their children and trains those families to teach others. Children are also dewormed and tested for malaria. It saved Isaac’s life.

Today, whenever he isn’t sitting in Josephine’s lap, Isaac runs and plays and smiles with his brothers.

Join us in prayer for the health of all of the world’s children who struggle to stay healthy and thrive.