Can the New Testament Be Trusted? 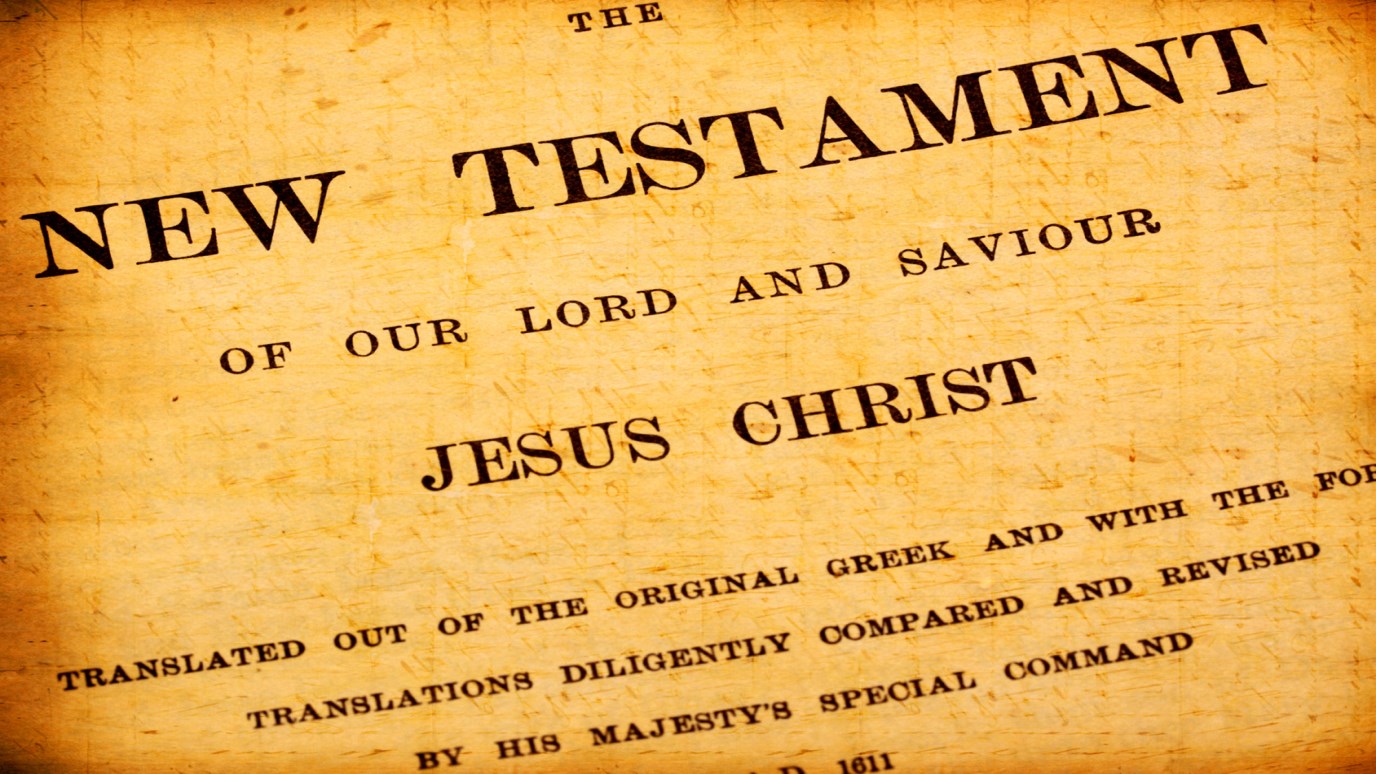 In this article, Sean McDowell lists lines of evidence that weigh in favor of the reliability of the New Testament.

I love talking with skeptics, atheists, and anyone else who will listen to my reasons for believing that Jesus is the resurrected Lord. In my opinion, the historical evidence is compelling. Yet the first step in demonstrating the unique claims and deeds of Jesus is to establish that the record of his claims is reliable. Obviously, if the Scriptures have been corrupted through history then our knowledge of the historical Jesus has been deeply undercut. Fortunately, for those who believe in Jesus, the historical evidence for the Bible is solid.

The point of demonstrating the reliability of the New Testament is not to prove your skeptical friends wrong, but to have a trustworthy roadmap for the journey of life. In order to have a right relationship with God, we need to have an accurate picture of Him. I believe the Bible can be trusted and that we can know God through its pages.

The first question to ask is, Can we faithfully reconstruct the original text of the New Testament? Having multiple, early copies gives textual scholars the best chance of success in this endeavor.

The New Testament dwarfs other books of ancient history in this criterion. Most ancient books have fewer than ten existing manuscripts. But for the NT there are over 5,000 partial or whole Greek manuscripts. If other languages are included, the number jumps beyond 25,000!

Some recent critics, such as Bart Ehrman (Misquoting Jesus), have claimed that there are too many variants across these manuscripts to reconstruct the original with confidence. But this conclusion is far too hasty. For one thing, 80 percent of the variations are simply spelling errors that are easily accounted for. While there are a handful of minor texts upon which NT scholars disagree, there is no textual variation that threatens a central Christian doctrine.

Regarding the date between original composition and extant copies, most ancient works have a gap of more than 700 years, with some works, such as Plato and Aristotle, being twice that. In contrast, there are fragments of the Gospel of John dating within 40 years of composition (John Rylands Papyri) and a near complete copy of the NT within 100-150 years of original composition (Chester Beatty Papyri). From a textual point of view, the NT documents are exceptional, accurate, and reliable documents. And even if all the manuscripts were destroyed, we could reconstruct the entire NT (except for eleven verses) through the quotes of the early church fathers.

A promising means of dating the Gospels early comes from the work of noted Roman historian, Colin Hemer.[1] He reasons backwards from the book of Acts to the three Synoptic Gospels (Matthew, Mark, and Luke). The book of Acts is about the origin of the church, with special focus on the ministries of Peter and Paul. The book includes the martyrdom of Stephen (7:54-60) and James (12:1-2), but it says nothing of the deaths of Peter and Paul (between A.D. 63-66). Acts also fails to include the accounts of the Jewish war with the Romans (A.D. 66) and the destruction of Jerusalem (A.D. 70). Acts abruptly ends with Paul’s arrest in Rome without any resolution to the situation.

These are significant events that radically altered the relationship between the Romans and Jews. Not including them would be like writing a history of the U.S. and not including 9/11! If we found such a book, we would rightly conclude that it was most likely written prior to September, 2001. Similarly, since the writer of Acts (Luke) left out such important events as listed above, it is reasonable to conclude that he wrote his Gospel before they took place, around A.D. 62. Since Luke was written before Acts, and Matthew and Mark likely before Luke, then the three Synoptic Gospels were written at least before the mid 60’s A.D. This dwarfs the first biography of Alexander the Great, written over four hundred years after his death.

Since the NT documents are written within 30 years of the events they record, they are unlikely to be legend. Eyewitnesses would still be around to correct errors, exaggerations, or outright mistakes.

The NT fares well by this criterion. Consider a few examples of the embarrassing material recorded by the Gospel writers. Jesus calling Peter “Satan” (Mark 8:33); the disciples not understanding the parables of Jesus (Mark 4:10); the disciples falling asleep while Jesus prays in the Garden of Gethsemane (Matthew 26:40); and Jesus criticizing his disciples for having little faith (Matthew 8:18-27). The Gospel writers record embarrassing material because they were concerned with truth.

Eyewitness testimony is often considered the best evidence. The ability for a witness to tell the truth rests in part upon the witness’ chronological and geographical nearness to the events. The apostles constantly stressed that they pass both tests:

Not only do the apostles claim to be eyewitnesses, there is also archaeological evidence to back their chronological and geographical nearness to the events. In painstaking detail, Colin Hemer combed through each verse of Acts to determine just how careful Luke was as a historian.[3] In the final 16 chapters alone, Hemer identified 84 facts that have recently been substantiated through archaeological and historical research. Luke’s accuracy as a historian is truly remarkable.

There are many other lines of evidence that weigh in favor of the reliability of the New Testament, such as fulfilled prophecy and the testimony of secular sources. [4] But even the minimal evidence presented in this article is sufficient to demonstrate that the Bible can be trusted. And remember: our task is not merely to defend the Bible to others, but to absorb its truth so our own lives become the greatest witness to Christ.

What Is the Gospel?
Dr. R.C. Sproul

Being a Biblical Christian, Part 1
Back to the Bible
Follow Us
Grow Daily with Unlimited Content
Uninterrupted Ad-Free Experience
Watch a Christian or Family Movie Every Month for Free
Early and Exclusive Access to Christian Resources
Feel the Heart of Worship with Weekly Worship Radio
Become a Member
No Thanks