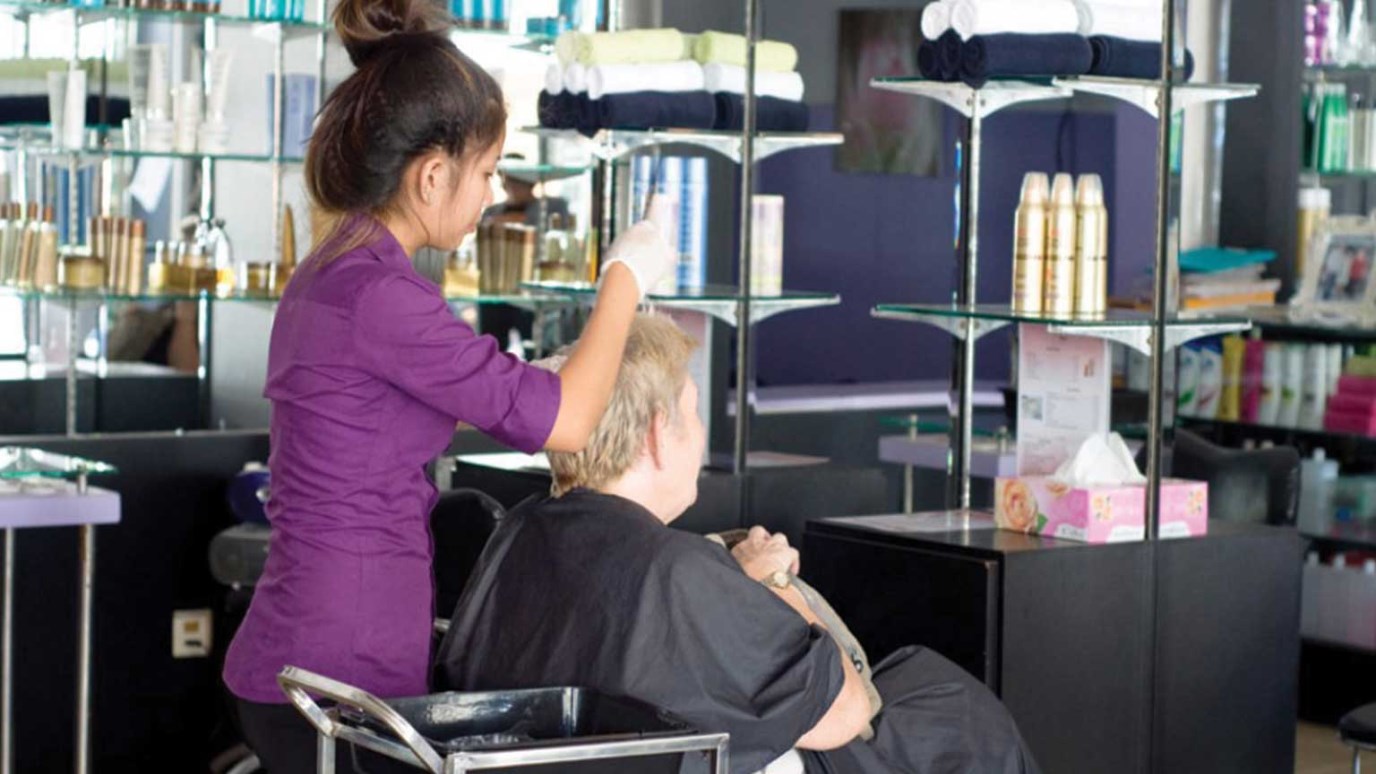 When Su Su was 10 years old, she looked with awe at the beauty salons on the Cambodian streets where she worked, and a dream of being a hairstylist was born.

When Su Su* was 10 years old, she looked with awe at the beauty salons on the Cambodian streets where she worked, and a dream of being a hairstylist was born.

But her mother was an abusive alcoholic who chased her, the fourth of seven children, into the marketplace at age 12 to earn money for the family and to pay off debt. She worked odd jobs transplanting rice, climbing trees to pick coconuts to sell on the street, washing dishes in restaurants, and picking up junk.

When she was 13, Su Su finally got a good job living with a family as a housekeeper. But it turned sour when the husband raped her. She didn’t report it, because he was too rich and powerful.

A month later, she returned home — and her mother again chased her away.

So at age 14 or 15, Su Su went to stay with friends who worked as beer girls in a bar. One of them introduced her to a man to sleep with.

“I hesitated because I was scared of getting hurt, and I said to my friend, ‘No,’” she recalls.

The next day she went home to ask her older brother for money and found her dad lying in bed, in great pain after being caught in a landmine explosion. She sobbed.

“It was too difficult,” she says. “My younger siblings had no food to eat. I felt so much pity for them.”

She returned to her friends and agreed to sleep with the man for US$50. Then she gave the money to her family.

After a couple of years, she became a karaoke girl, also sometimes sleeping with guests for more money. To maintain her dignity, Su Su refused to wear revealing dresses like the other girls at the bar, for which her boss docked her wages.

Still, Su Su sent about US$10 home to her family each month after she paid her expenses. This continued for more than a year until one day she noticed something was wrong with her body.

A female neighbor took her to the doctor, who diagnosed her with a sexually transmitted disease.

“I [was] only worried about pregnancy,” she says. “I didn’t know what a STD was until I went to see a doctor.”

Soon after, police raided her workplace and took her to another organization for help. The staff there took her to the hospital to test for HIV. She cried the whole way, hopeless and sure she had HIV. But the test results were negative, and her tears turned to happiness.

“Since that time, I swore not to get involved in the sex trade again,” says Su Su.

When she returned, Su Su initially wanted to find another job, but the care and love she experienced changed her mind. Staff from the other organization and World Vision gave her time to heal, and during her year at a World Vision recovery center, she learned new skills — cutting and styling hair and doing nails and foot massage.

At 18, Su Su now has hope for the future she dreamed of as a child.

“My plan is not for myself, but it is a long-term plan,” she says. “It is about helping my family members. My plan is to have a hairdresser shop. I will teach my older sister to have a permanent job and, if possible, I want to help other trafficking survivors who really want to learn this skill and be able to earn money from this. Because of God, I have today. God shows me his greatness and goodness.”

Su Su asks, “Please pray that my parents will accept God, and [that] we have better living conditions and happiness.”

* Not her real name. It is World Vision’s policy to protect the identity of child victims of sexual exploitation.