Calm in the Storm 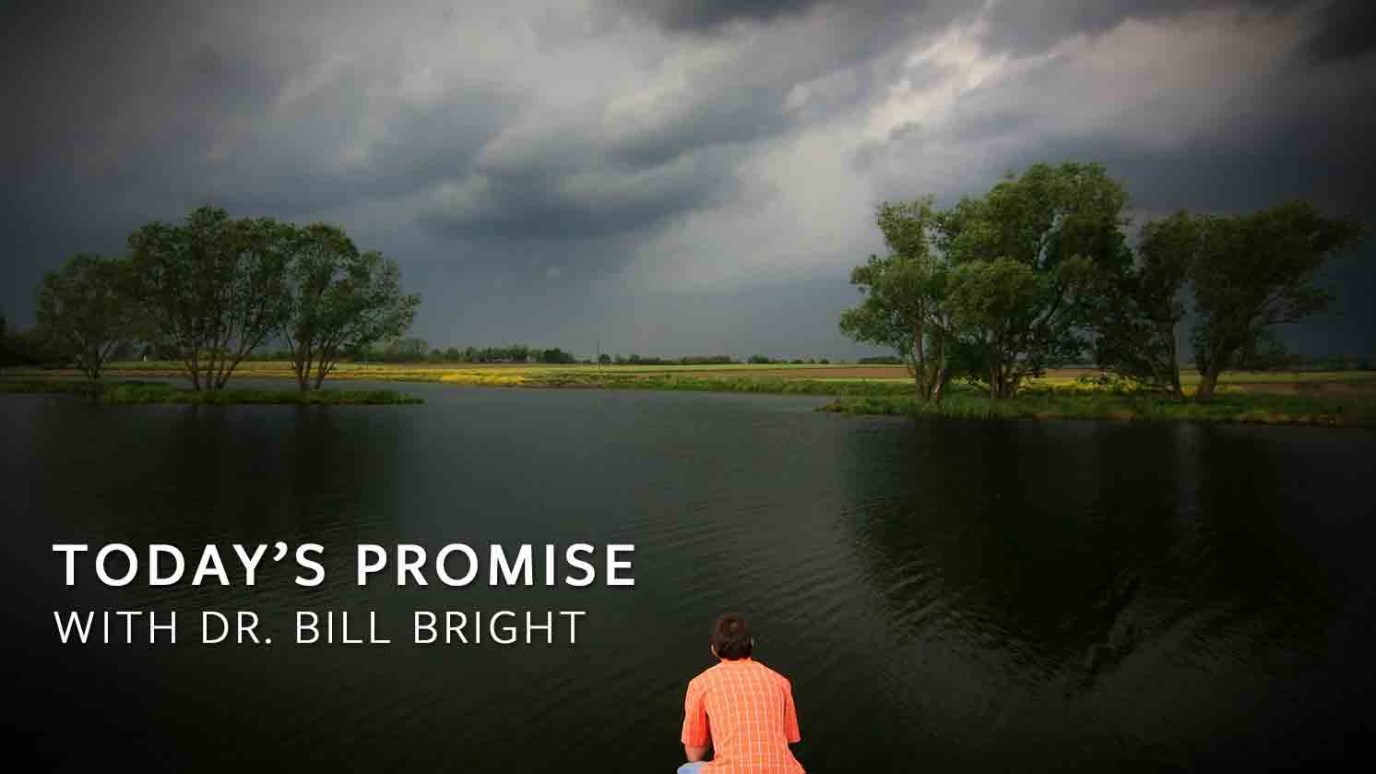 "Immediately after this, Jesus told His disciples to get into their boat and cross to the other side of the lake while He stayed to get the people started home. Then afterwards He went up into the hills to pray. Night fell, and out on the lake the disciples were in trouble. For the wind had risen and they were fighting heavy seas. About four o'clock in the morning Jesus came to them, walking on the water! They screamed in terror, for they thought He was a ghost. But Jesus immediately spoke to them, reassuring them. 'Don't be afraid!' He said" (Matthew 14:22-27).

I had flown at least a couple of million miles in the last thirty years, but this was the most violent storm I had ever encountered. Vonette and I were on our way from New York City to Washington, when suddenly the airplane began to buck like a wild mustang with its first rider. It felt as though no one was in control. The lightening was constant and for nearly fifteen minutes we seemed to be surrounded by a ball of fire. We had good reason to believe that the plane would soon plummet to earth.

The disciples had shouted to the Lord, "Save us, we're sinking!" In the same manner, Vonette and I began to pray.

Then, as we called upon God, our petitions turned to praise and thanksgiving. We were reminded of the biblical storm and we prayed, "Oh Lord, You have not lost Your power over nature. We ask You to still the storm and to save us, though we're ready to meet with You if need be. If You have something yet for us to do in this life, we ask You not to allow the enemy to destroy us and all these other passengers."

Almost immediately the turbulence stopped. The plane was righted, and we continued on our course, though we discovered later that the plane had been severely damaged.

One of the greatest blessings to come from this experience was the indescribable peace that enveloped us as we considered that at any moment we could plummet to earth and our lives could be snuffed out. I asked the Lord why the disciples were so fearful during the storm while Vonette and I had such peace and confidence that He was in control. The answer was that the fruit of the Spirit is love, joy, peace, etc, and the disciples had not yet been filled with the Spirit at the time of their Galilean storm experience. Later they went to their martyrs' deaths with the same peace that God gives to all who place their faith and trust in Him.

TODAY'S ACTION POINT: The mighty power which Jesus demonstrated when He walked this earth centuries ago still abides in Him, and He abides in me. Therefore, I shall claim supernatural miraculous power whenever the occasion demands.

Being a Person Under Authority
Os Hillman

I'm Dying to Know Him, Part 2
B. Courtney McBath
Follow Us
Grow Daily with Unlimited Content
Uninterrupted Ad-Free Experience
Watch a Christian or Family Movie Every Month for Free
Early and Exclusive Access to Christian Resources
Feel the Heart of Worship with Weekly Worship Radio
Become a Member
No Thanks