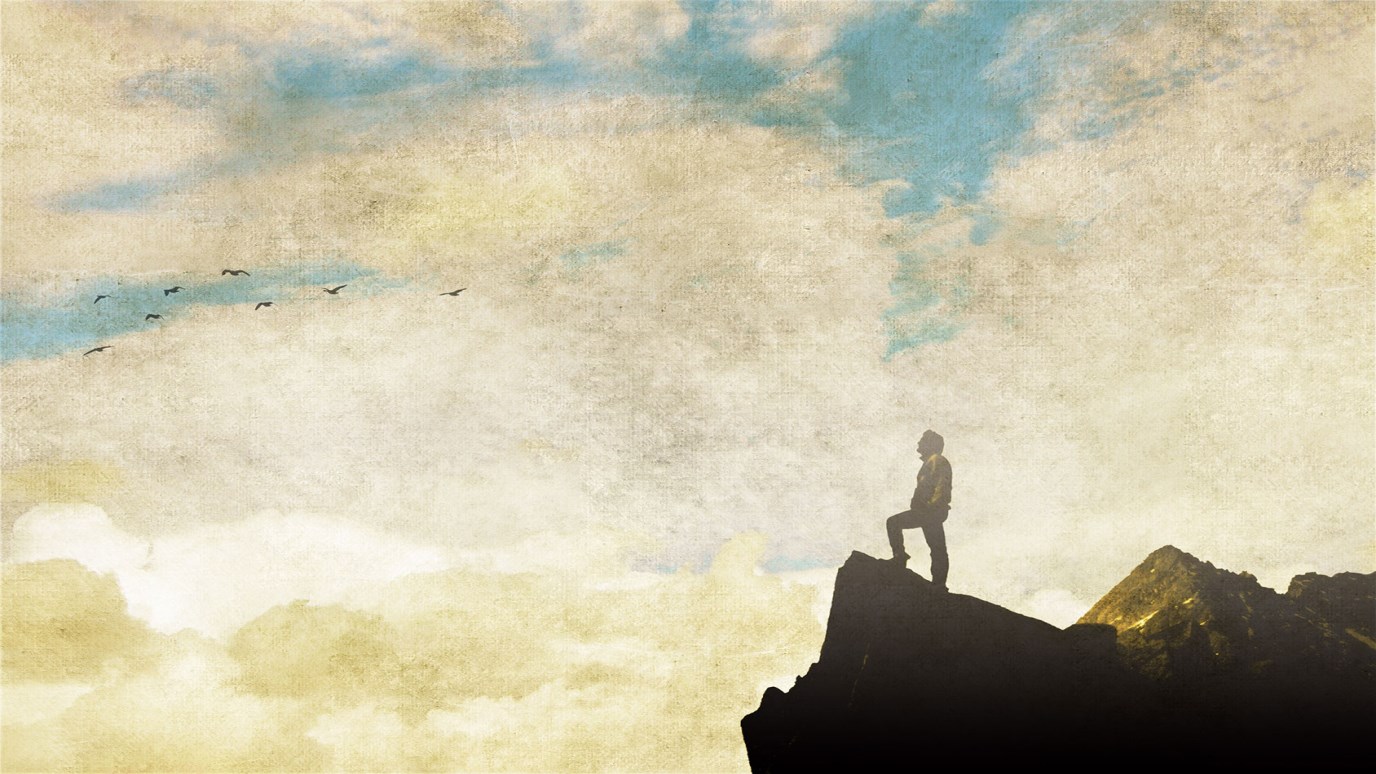 God is enough even if my prayers don’t get answered in the manner in which I have asked.

Last month I also talked about God being faithful and how His faithfulness is a platform for our faith. Now let’s delve into what a growing deep faith looks like to our Lord by reviewing Hebrews 11, the chapter devoted to faith. Verse 6 in The Message says, “It's impossible to please God apart from faith. And why? Because anyone who wants to approach God must believe both that he exists and that he cares enough to respond to those who seek him.”  We must know He cares enough to respond. This verse relates directly to wanting a relationship with the Father more than we want anything else.

“And what more shall I say? I do not have time to tell about Gideon, Barak, Samson and Jephthah, about David and Samuel and the prophets, who through faith conquered kingdoms, administered justice, and gained what was promised; who shut the mouths of lions, quenched the fury of the flames, and escaped the edge of the sword; whose weakness was turned to strength; and who became powerful in battle and routed foreign armies. Women received back their dead, raised to life again. There were others who were tortured, refusing to be released so that they might gain an even better resurrection.

Some faced jeers and flogging, and even chains and imprisonment. They were put to death by stoning they were sawed in two; they were killed by the sword. They went about in sheepskins and goatskins, destitute, persecuted and mistreated— the world was not worthy of them. They wandered in deserts and mountains, living in caves and in holes in the ground.”

I don’t know about you, but I want to be in Group One – the ones who conquered kingdoms, shut lion’s mouths, were powerful in battle (saw their marriages restored, families reunited and lived happily ever after). I don’t want to be in Group Two – tortured, imprisoned, stoned and mistreated, destitute (made fun of by friends and family, living in poverty because of a divorce, mistreated by the mate who promised “for better or worse”). Yet both of these groups are in the “Faith Hall of Fame”.

Our minds have a hard time wrapping around this faith concept. They got to experience not that God was bigger than their circumstance, but God was better than their outcome.

There is a story in the Old Testament that illustrates this last statement. Daniel 2:47 says, The king said to Daniel, “Surely your God is the God of gods and the Lord of kings and a revealer of mysteries, for you were able to reveal this mystery.” So he admitted that Daniel’s god was a true God. He was willing to worship their God but in chapter three we find that he expected his god to be worshiped as well. In Daniel 3:13-18 we find Shadrach, Meshach and Abednego refusing to bow down and worship the image of gold the King had made:

“Then Nebuchadnezzar, in rage and fury, gave the command to bring Shadrach, Meshach, and Abed-Nego. So they brought these men before the king. Nebuchadnezzar spoke, saying to them, “Is it true, Shadrach, Meshach, and Abed-Nego, that you do not serve my gods or worship the gold image which I have set up? Now if you are ready at the time you hear the sound of the horn, flute, harp, lyre, and psaltery, in symphony with all kinds of music, and you fall down and worship the image which I have made, good! But if you do not worship, you shall be cast immediately into the midst of a burning fiery furnace. And who is the god who will deliver you from my hands?” Shadrach, Meshach, and Abed-Nego answered and said to the king, “O Nebuchadnezzar, we have no need to answer you in this matter. If that is the case, our God whom we serve is able to deliver us from the burning fiery furnace, and He will deliver us from your hand, O king. But if not, let it be known to you, O king, that we do not serve your gods, nor will we worship the gold image which you have set up. ”

In verse 16, Shadrach, Meshach and Abednego were acting like those faith-walkers in Group One in Hebrews 11 – “our God is able to deliver us!”  The obstacle was larger than they were. The world has not changed much since then; your obstacle is bigger than you are. God has the arena to show Himself to be bigger than your obstacle.

There is only one God and there is only one way. They were put into a situation so that God would be shown to be bigger than the obstacle. God will get credit because there is no way you can get credit because the obstacle is bigger than you. We find in Genesis 4:26, for the first time in history, “people called on the Name of the Lord.” Your impossible circumstance puts you in a situation where you should “call on the name of the Lord.” He is the only one that can raise your dead marriage to life. See your marriage through the lens of the cross – from death to life. Back to Daniel 3:17 – those faith-walking boys said, “God will deliver us.” This is Group One in Hebrews 11 Hall of Fame.

The second Hall of Fame group is illustrated when they say maybe God will not choose to do this. The God that we serve is better than any outcome. They use the words in Verse 18 “but if not”. We would choose to be in the flames and have God with us. He is enough! Whatever happens is OK because He is with me. That is what faith really is– God is enough even if my prayers don’t get answered in the manner in which I have asked.

Look at the rest of the chapter. Verse 25 says there are four men in the fire and they are walking around and the 4th is “like the son of god.”  He has walked through the fires of God’s judgment for you. That is past tense; He did this at Calvary. And He would come out of those fires completely alive for you. This is the gospel. This is why we walk in faith and trust God to restore our marriages. However, we must also learn to say as Daniel did, “but if not,” I will still serve You. I will remain faithful to my marriage vows even in the face of unfaithfulness, because you are enough.

Last month Marilyn asked the question, “Why, God?”. She ended by saying the following, “During great tragedy we learn to trust in God and lean on Him. We learn wonderful truths from His Word we would otherwise never have known.” The one most important truth is God is enough, no matter the outcome.