But if Not... - A Family Devotional 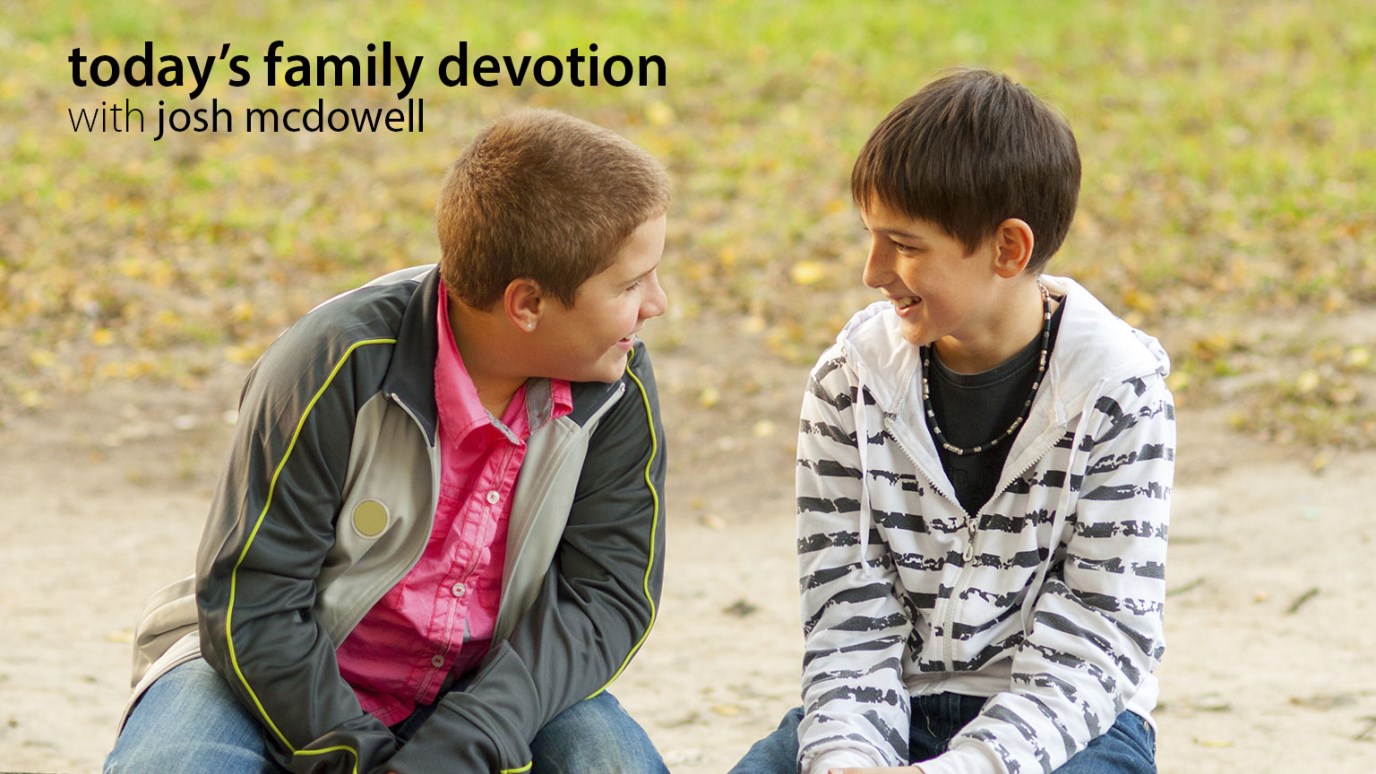 Doing right is still right even when it seems hard and unrewarding.

Doing Right Is Still Right Even When it Seems Hard or Unrewarding.

“Look!” Manny said. He looked at his friend Davis with wide eyes. His hands held a wallet he had found in the alley behind the mobile home park where they both lived.

“Where’d you find that?” Davis asked in a hoarse whisper.

Manny thumbed through the money. “At least a hundred dollars.”

“There’s more than that,” Davis countered. He stuck a finger into the open billfold. “There’s got to be—” he counted through the ten- and twenty-dollar bills—"over two hundred dollars!”

The boys exchanged broad grins. “What do you want to do with it?” Davis asked.

Manny flipped through the credit cards and found a driver’s license. He showed it to his friend. “We should give it back,” he said. It doesn’t belong to us.”

“It does now!” Davis argued. “Think of all the things we could buy with that money.”

“But it belongs to him,” Manny said, pointing to the photo on the driver’s license.

“Manny,” Davis said in a pleading voice, “this is more money than we’ve ever seen in our entire lives! Think of what we could do with it.”

Davis closed his eyes and let his head lean backward. “I don’t believe this.” Manny folded the wallet and stuffed it in his jacket pocket. “You know,” Davis said, “the guy who lost it probably won’t even miss it.”

“Sure he will,” Manny said. “It’s got his driver’s license and credit cards in it.”

“We could just give him back the wallet and tell him we found it empty. He’ll be so glad to get the wallet back, he won’t miss the money that much.” Manny shook his head and started walking toward his trailer. “He probably won’t even give us a reward, you know,” Davis said bitterly as he walked beside his friend.

“Maybe not,” Manny said. “But it still wouldn’t be right to keep it, would it?”

“I guess not,” Davis said sadly.

TO DISCUSS: People who do right aren’t always rewarded for doing right, at least not in this life. Today’s Bible reading tells about three young men who decided to do the right thing even if it cost them their lives. How is that like Manny’s story? How is it different? What do you think Manny and Davis should do with the money? Why? Do you think we should do right even when it’s hard or there’s no reward? Why or why not?

TO PRAY: “Lord, you command us to do right even when the right way is hard. Be with us. Lord, during those times.”

Five Ways You Can Help Kids Mature As They Multi-Task
Dr. Tim Elmore

Are You a Romans 8:14 Christian?
Os Hillman

Three Huge Mistakes We Make Leading Kids, and How to Correct Them
Dr. Tim Elmore