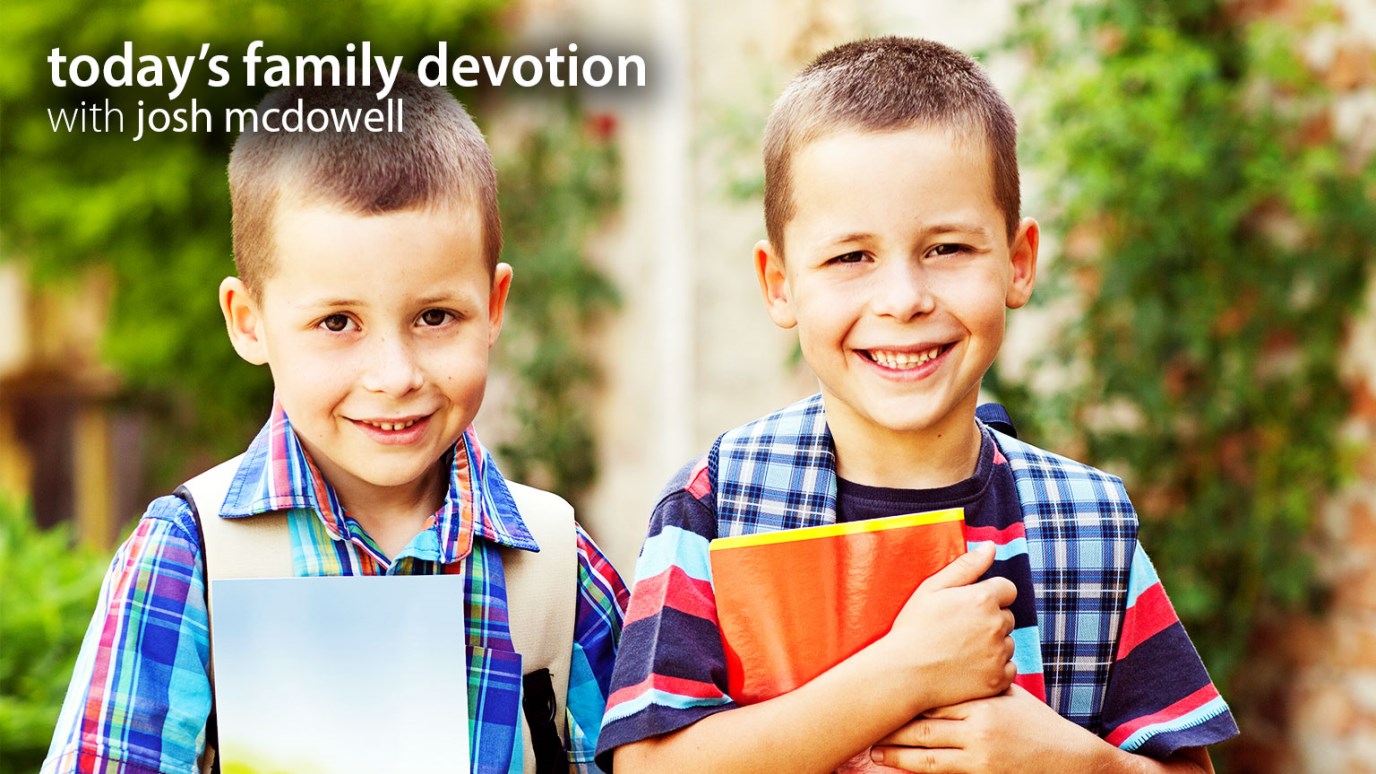 People often feel separated from each other by such things as race and nationality. God commands unity among all people.

GOD COMMANDS UNITY AMONG ALL PEOPLE.

Jamal’s teacher had paired him with Sean for the school field trip to the natural history museum. Their teacher, Mrs. Hoffmeier, required everyone to stay with a “buddy” so no one would separate from the group and get lost. But Sean had made it clear he didn’t want to be Jamal’s “buddy.”

“Look,” Jamal told Sean, “we have to stay together or we’ll get in trouble.”

“I’m not spending all day with you,” Sean said, adding to his angry words a comment about Jamal being different.

Jamal was stunned by Sean’s words, and his first instinct was to be angry. He managed to control his anger, however, and tried to reason with his classmate. “Look, Sean,” he said, “let’s just give it a try and—”

Sean slammed his fist into Jamal’s stomach just as Mrs. Hoffmeier arrived on the scene. She saw the stunned look on Jamal’s face as Sean’s punch caught him by sur­prise. In a flash, she separated the two boys and hauled Sean back to the school bus to sit alone as punishment.

Jamal’s first reaction was to gloat. It serves him right, he thought. Quickly, though, another thought came to him, and he approached Mrs. Hoffmeier with a plan. She seemed reluctant at first, but she finally agreed to Jamal’s plan.

Moments later, Jamal appeared on the school bus with a small game he had borrowed from another classmate.

“What are you doing here?” Sean asked.

Jamal smiled. He began setting up the game. “Mrs. Hoffmeier said we could play a game while you’re being punished.”

Sean stared at Jamal in disbelief. “I’m here because I punched you.”

“I know.” Jamal finished setting up the game. “You go first.”

“Are you crazy?” Sean said. “You could be with the rest of the class looking at dinosaurs and junk.”

Sean shook his head. “I can’t believe you.” “Neither can I,” Jamal said, smiling. “You want to go first?” The two boys stared silently at each other for a long time. Finally, Sean’s expression softened. He let out a sigh. “No,” he said. “You go first.” Jamal smiled and started the game.

TO DISCUSS: People often feel separated from each other by such things as race and nationality. How do you think God feels about that? How can you try to live in harmony with all people?

TO PRAY: “Jesus, help us to reach out to people who are different from us. Help us to love them as you love us.”

The Words We Speak to Our Kids
Gary and Barb Rosberg

Being Kind to Your Children
Cynthia Tobias

When Parenting: The Punishment Must Fit The Crime, Part 2
Dr. Emerson Eggerichs