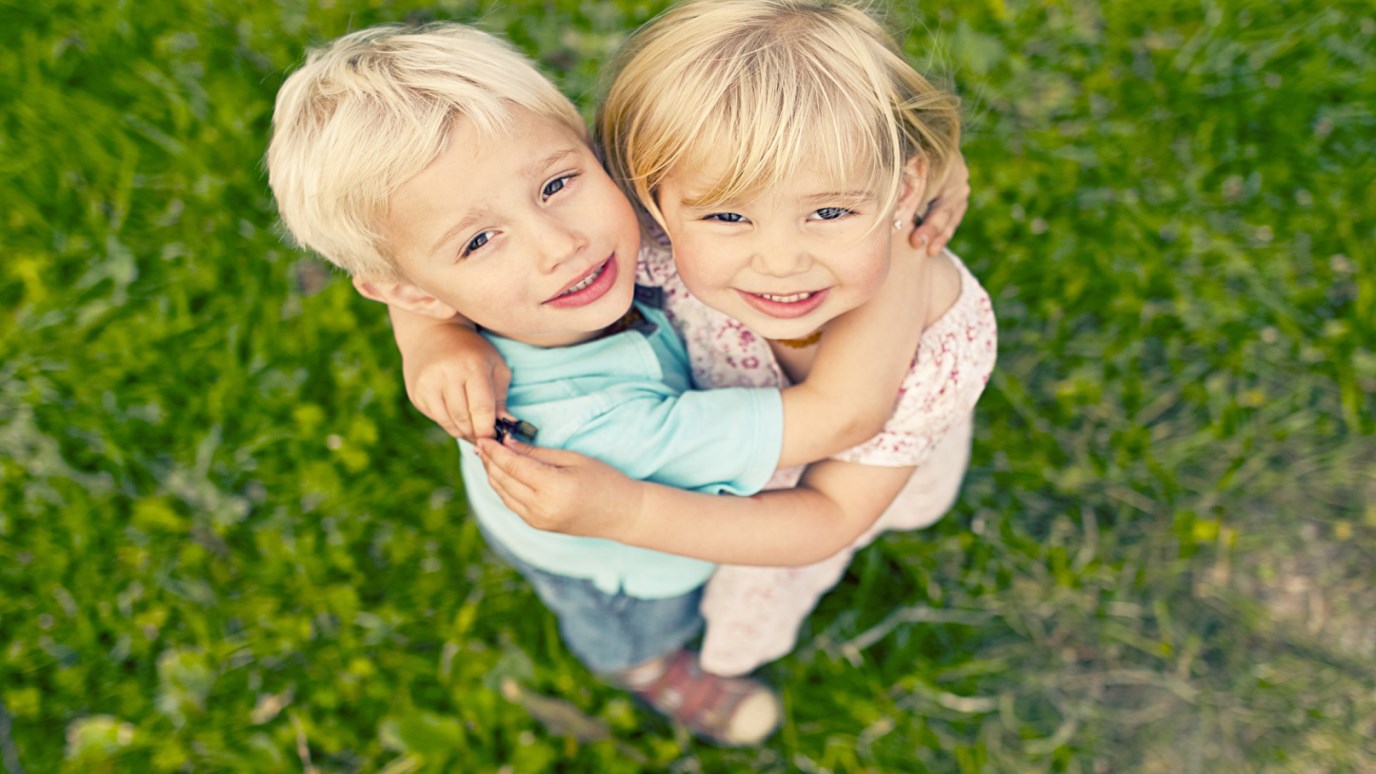 John Rosemond discusses how to establish relational boundaries with your toddler.

Q: Our 7-year-old son and 32-month-old daughter squabble with each other constantly, mostly over taking and playing with each other's toys. The problem is our daughter, really. She will hit, scream and throw things when she is angry. She wants to be in her brother's room, to do whatever he is doing, and he will not close his door. He's not rough with her, but we know he deliberately aggravates her. We have tried time-outs and separating them. With this sort of age gap, is there some way of stopping the almost constant uproar?

Yes, there is. When sibling conflict involves a 2-year-old and an older child, any attempt to aim corrective discipline at the toddler is going to fall flat on its face. As I say in "Making the Terrible Twos Terrific!," this age child is often impervious to discipline.

The solution is obvious and simple: Your son closes and if necessary locks his door. That accomplishes two things: It establishes a physical boundary between him and his sister, and she is forced to begin learning to entertain herself.

Allow one outburst a day. The second outburst means your son's not accepting his responsibility for the problem. As a result, he goes to bed an hour early, and every subsequent outburst shaves an additional 30 minutes off his bedtime. I just bet that will be sufficient motivation for him to keep his door closed.

Q: My husband and I are raising our 2-year-old grandson. He's been in day care since he was a year old. He loves his current day care, and we've had absolutely no problems until recently. All of a sudden, when I drop him off, he has started clinging and crying and asking me not to go to work. I can't figure out why this is happening, because as soon as I leave (after hugging him and reassuring him that I'm coming back), he's fine, and during the day he plays well with the other kids. I stayed at home with my children, so I've never experienced this problem with a child. Should I be looking for some underlying issue or is this perfectly normal?

Separation anxiety can spontaneously arise at this age, with no cause whatsoever. If handled calmly and matter-of-factly by the child's parents, it should pass within a few months at most.

The longer you stick around, trying to calm down your grandson, the worse any given "episode" is likely to be.

On the way to the center, tell him what you're doing that day and that you're coming back for him. Then, when you get there, just hand him over, kiss him, tell him you'll see him later, and walk away. Let the teacher deal with any crying that may occur. Obviously, his distress passes quickly, as soon as he gets in with the other kids. If he screamed all day or curled up in a fetal position and stayed that way after you left, there'd be reason for concern. So don't worry, be happy!

At a Loss
Karen Stubbs

How Do I Prevent Sibling Rivalry?
Karen Stubbs
Follow Us
Grow Daily with Unlimited Content
Uninterrupted Ad-Free Experience
Watch a Christian or Family Movie Every Month for Free
Early and Exclusive Access to Christian Resources
Feel the Heart of Worship with Weekly Worship Radio
Become a Member
No Thanks