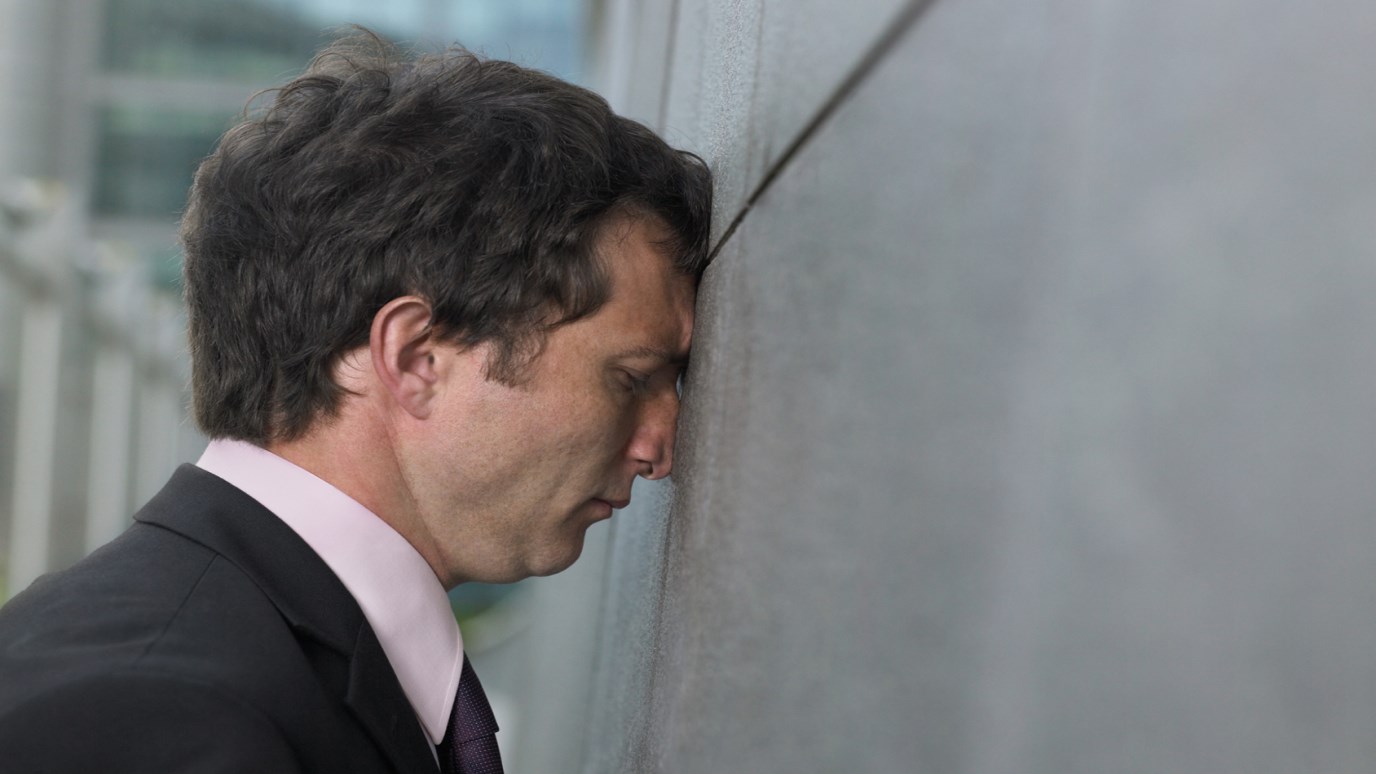 Broken is not destroyed, and brokenness is not the end. It is the beginning. It is the doorway through which we pass from superficiality to depth and maturity.

On a flight to Dallas, I was still on the runway but strapped into my seat but happy to actually be leaving on time for once, now a novelty in modern air travel, I heard words that sent a chill down my spine. "Hello folks, this is your captain speaking. I'm afraid I have some bad news."

Those words invariably introduce other words bound to disrupt the travel plans of everyone involved. That certainly proved to be true. We had to taxi back to the gate, deplane, troop to another gate, await another plane, then reload and try again.

This, as I said, is now so common as to hardly bear my reporting on it. In fact, I would never have mentioned it in a blog, nor given it any more thought except for the pilots precise words in announcing the sad abbreviation of our flight.

He said, "I'm sorry to inform you that this plane is broken."

Broken. I was somewhat taken back by that terminology, though I'm sure it is common among pilots and others in the airline industry sub-culture. I think toys as being broken. Gadgets get broken.  Airplanes? Really?  I had the mental image of our massive airplane having been dropped by some petulant child and its wings snapped off. Broken is a very final-sounding word to me.

At any rate, it set me to thinking about broken people, broken lives, minds and marriages. Which in turn led me to thinking of brokenness and the difference between the two, broken and brokenness, that is.

"Broken" is the more obvious of the two terms. It means damaged, damaged enough that it must be judged unusable, in need of immediate repairs. Our pilot did not say we are pulling back to the gate for maintenance to fix some minor issue. He said, “This plane is broken.” When something is broken it needs substantial enough repairs to be seriously worked on by those who best know how to fix it. Professionals, if you will. Counselors, pastors and therapists help the broken to find hope and healing.

A further distinction needs to be made between broken and destroyed. The chatty pilot on the "broken" plane actually went on the tell us what was wrong. It seems one of the flaps was not responding to his commands. I am delighted that this was discerned on the runway and not at 37,000 feet. He went on to tell us that this could be repaired, would, in fact, be repaired and the plane returned to service in a matter of days. It just was not going to happen fast enough to benefit us.

The plane will not, in the future, be forced to wear a sign saying, “I had a broken flap which has now been repaired, fly at your own risk.” Broken is broken, not destroyed. Fixed is fixed. If we believe the plane is fixed it should never be mentioned again. If we don't believe it... well, that's a different story.

Brokenness is a different matter. It is an emotional state of being which far from ending spiritual, mental and emotional health, is actually its foyer. Brokenness rips me loose from so much stuff I thought was so important to me. From the opinions of others. From my own theological prisons. From my prejudices, judgmentalism and, most importantly of all, self-pity, self-centeredness and all the other hyphenated sins that have choked the life out of my spirit. Brokenness is not the end of my journey toward wholeness, it is the beginning.

Brokenness is the doorway through which we pass from superficiality to depth and maturity. The more often you hear someone say, this isn't really that important, you can know they have experienced brokenness at some level. The unbroken freak out over steaks not cooked properly and broken airplanes. Those who have trod through the harsh desert of brokenness know this, whatever this is, is simply not that important.

Broken is not destroyed, and brokenness is not the end. It is the beginning.