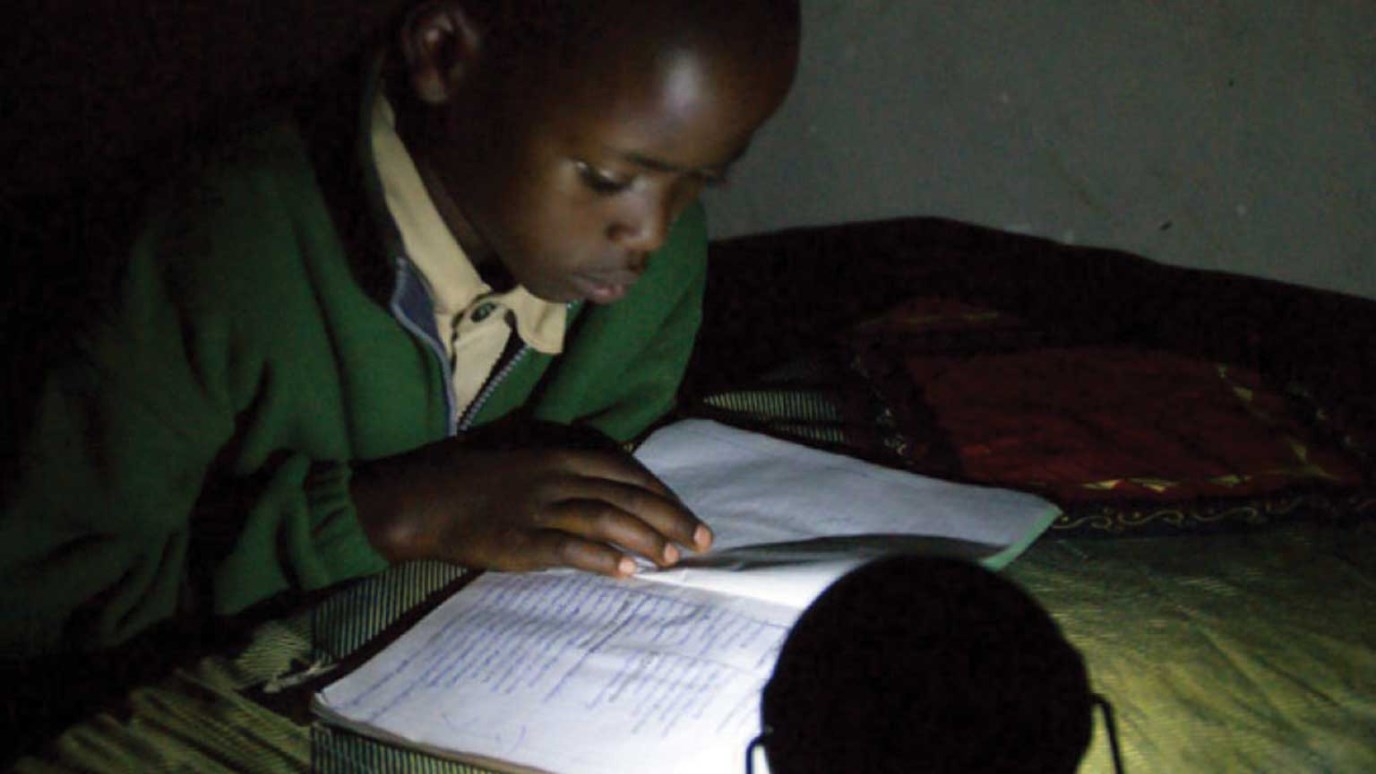 A chance remark made to mechanical engineer David Strait during a visit to southern Rwanda led to safe lighting in thousands of homes for the first time.

David was among members of Christ Presbyterian Church in Madison, Wis., who visited Nyamagabe, Rwanda, in 2008. The congregation sponsors about 300 children there through World Vision.

During the visit, World Vision staff member Ananias Sentozi noted that it was difficult for children to do schoolwork in the evenings as it got dark about 6 p.m., and local homes had no electricity.

David did not think much about it at the time. But months later, while riding his bicycle in Wisconsin, he remembered the remark while praying for his sponsored children’s studies.

The energy-efficient LED light he used on his bike gave him the idea that there might be cost-effective solar-powered LED lighting available in Rwanda.

As it turned out, such lights were just coming onto the market. After some painstaking research, David sent 10 trial lamps to Nyamagabe for evaluation. Later, he flew to Nairobi, Kenya, to attend a solar lighting conference and discovered three more models for World Vision to test in the community.

The feedback was overwhelmingly positive. Children could not only study longer, but families could enjoy more social time in the evenings.

Christ Presbyterian Church raised more than $73,000 to purchase 5,000 solar-powered lights for the community in a project dubbed “Lights for Learning.” Each lamp provides about four hours of light after a full day’s charging. “It is a really cool design and much cheaper than some of the original models I had seen,” David says.

Solar-powered lamps are a considerable improvement over traditional kerosene lamps, which consume costly fuel, cause eye and lung damage, and pose fire and burn hazards.

The project has been so successful, it’s serving as a model for similar programs elsewhere in Africa.