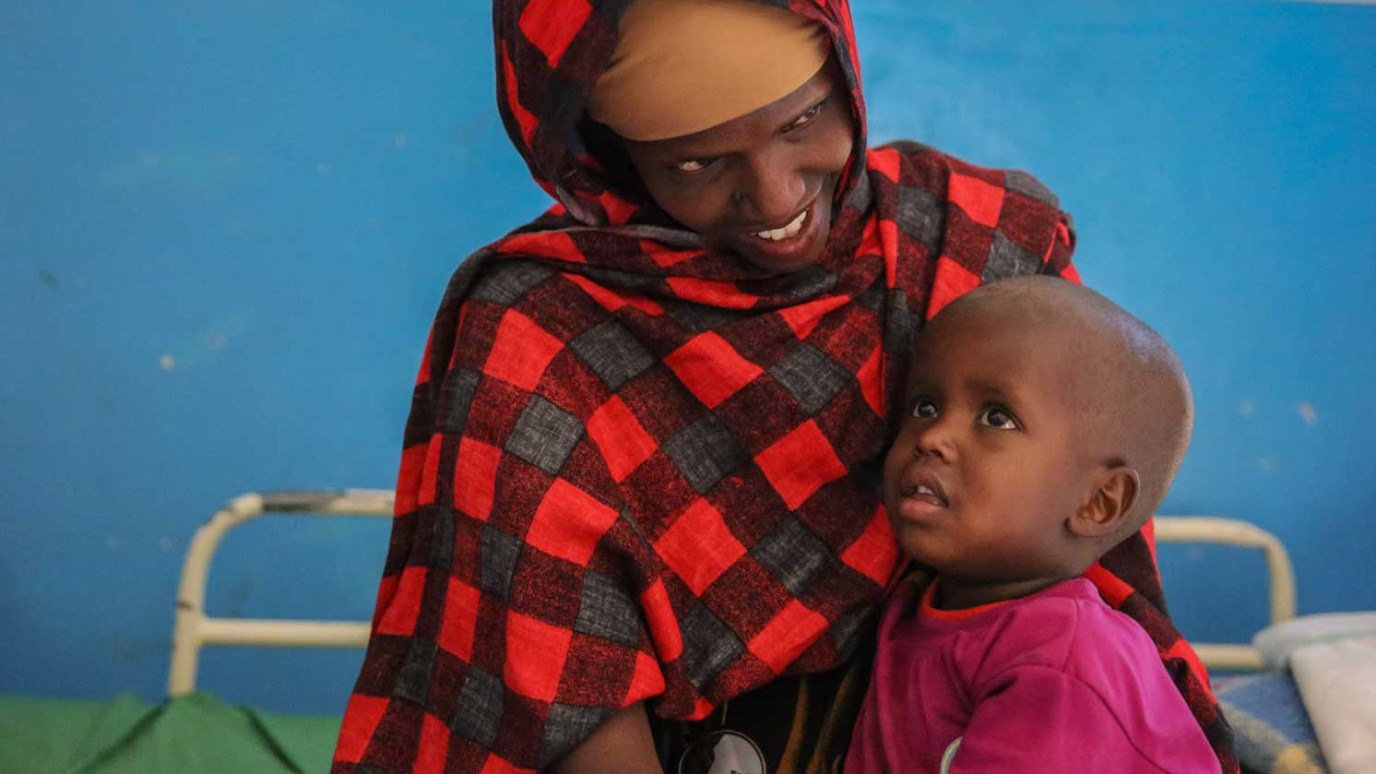 Abdi, 2, and his mother came to Somalia from Ethiopia to receive treatment for the boy’s tuberculosis.

Abdi was very sick, so his mother decided to take him to Hargeisa.

“I had heard about the TB Hospital here in Hargeisa and that the treatment is free,” says Zainab. “My son Abdi was not doing well. He was coughing and he had a fever.”

Zainab’s husband had died and she suspected that if she didn’t take Abdi to a hospital, he would die too. She carried the boy and traveled on foot and by bus. “It was a long way, and Abdi cried during most of it. I was so afraid; I didn’t want to lose him.”

“There are no hospitals near to where I live, and treatment is very expensive. I knew I had to try to reach Hargeisa to save Abdi’s life,” she says.

Abdi is doing better now, says his mother. He sleeps a lot and he is taking his medication. “He walks around and he is becoming stronger,” she says. “He smiles at me often. I am so happy I chose to come here.”

Though she had to borrow money to travel by bus, “it is nothing compared to the costs we are saving,” Zainab says. “We are also receiving food here and I have a bed I can sleep in. I am very thankful.”

Dr. Mustafa Hassan Omar, hospital director, says Somalia has the world’s highest incidence of tuberculosis.  “It’s a lot more contained in the cities, where people have access to healthcare, but in rural areas, many people still die,” he says.

Around 2,000 patients are being treated at the hospital; each day an average of 15 people are screened for the disease.

“We tell people that they don’t need to be ashamed and that they can get treated,” he says. “We have a success rate of 85 percent,” says Dr. Omar. “It would be much higher people came earlier.”

“World Vision started working with us in 2005. We have accomplished so much since then, especially in our MDR (multi-drug resistant) TB unit. Without World Vision, we wouldn’t be treating MDR patients here now, but just in the last year, 240 cases were diagnosed and treated here. We have the highest success rate in the region for MDR TB, more than 77 percent cure rate,” says Dr. Omar.

In the Garden
World Vision