Breaking the Cycle of Criticism 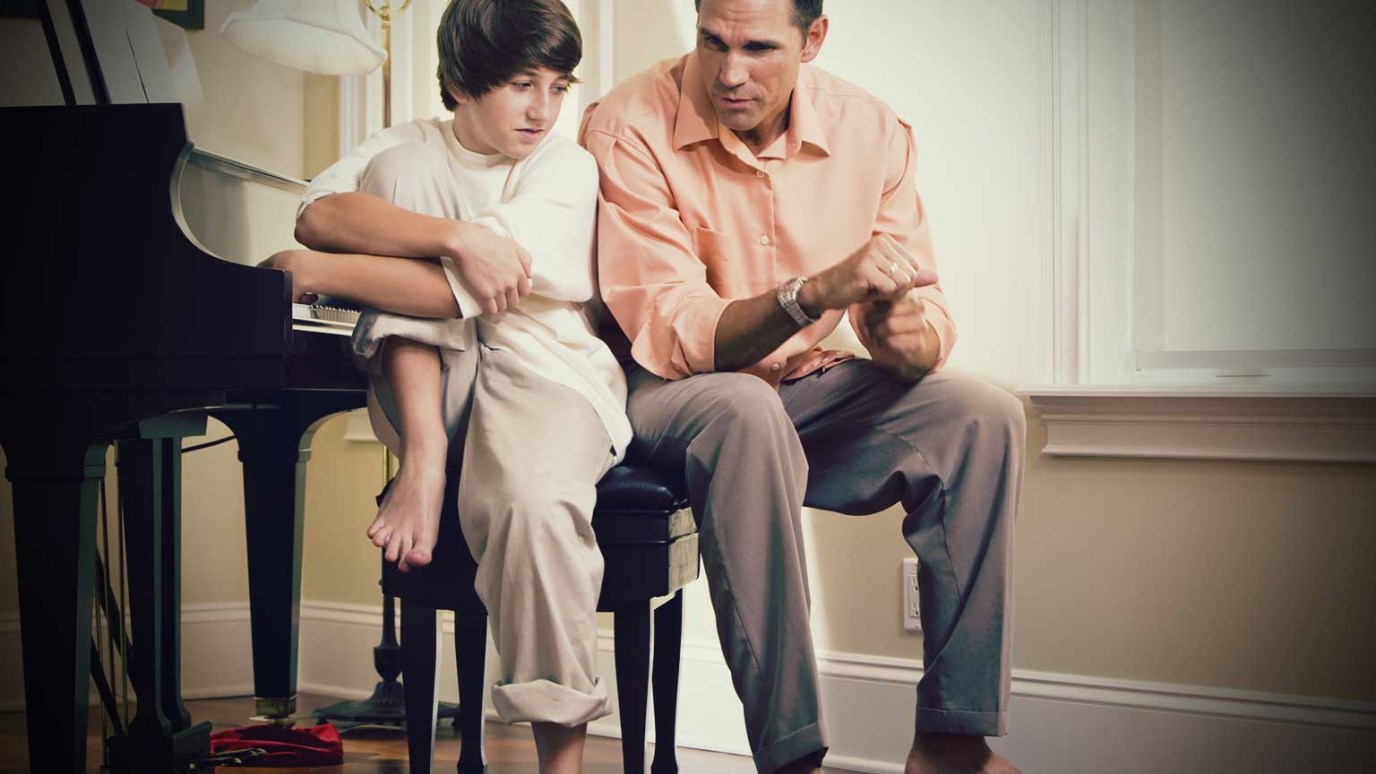 We learned it when we were young: “Sticks and stones may break my bones, but words will never hurt me.” But it’s not true! As parents, the words we say to our kids matter a lot.

We learned it when we were young: “Sticks and stones may break my bones, but words will never hurt me.”  But it’s not true!

I can still vividly remember the harsh words said to me by a teacher in fourth grade, the cruel nicknames I was given in sixth grade, and the negative jabs of my father.  Those harsh words did hurt, and they stick with me still today.

As parents, the words we say to our kids matter a lot.  Even words spoken with the best of intentions can sometimes convey a message that is far more critical and negative than we intend.  And if your home becomes a place of constant negative criticism, the resulting insecurity in your teenager will either crush their spirit or hyper-inflate their longing for acceptance by others.  In other words, they will find someone (often a teen of the opposite sex) or a group of their peers who will not criticize them.  But those who offer them unconditional acceptance also tend to be those who are themselves disenfranchised–in other words, the kind of kids who can become a bad influence.

Teens today are experiencing a lot of stress at school, both from an increased focus on academics and from the scrutiny and pressure of their peers.  When they return home, they need a haven from the relentless and crushing criticism they receive all day long.  It doesn’t mean we should hold back on correcting their behavior when necessary, but we can do that in a way that doesn’t tear down their spirit.

In most cases, parents don’t intend to be critical.  Those of us who are dads are especially good (or is that bad?) at launching a critical assault without meaning to.  We can make sarcastic, barbed or “joking” comments as part of our correction that can be much more hurtful and misunderstood than we intend.  And moms can repeat their point again and again, nagging their teen.  Both of these approaches can create a cycle of negative criticism in the home.

Other parents are just plain critical all the time.  This can come from relentless criticism when they were children, so they are simply passing it on.  Pretty much nothing I can say will break them of this habit, nor will they see a need to read this article, but if you are the spouse of such a critical person, your job needs to be to offset their constant criticism with constant praise and encouragement for your child (when it is warranted).  It’s not a perfect solution, but you can help balance out the damage that is being done.

Remember, it’s not just the words you say but the way they are being heard and received that matters.  This is one thing I didn’t pick up on quickly enough with my own daughter.  I would say things that needed to be said, with the intention of training her, but she often interpreted my words much differently.  I had to learn to change my method of correction so as to not be perceived as criticism.  Again you can’t drop the correction—you still have the responsibility to prepare your teen for successfully navigating the path to adulthood–but you can be sensitive as to how you correct them.  With that in mind, here are some practical steps to help you break the cycle of criticism in your home.

Negativity and criticism are contagious.  Usually a child picks up what they hear.  If the home is filled with unkind words, the teen’s mouth will likely be as well.  As parents we have a greater responsibility to make sure that the tone and language we use sets a positive example for our children.  Your children are watching you, not just when you’re interacting with them, but all the time…and they’re listening.  Proverbs 12:18 says, “Reckless words pierce like a sword, but the tongue of the wise brings healing.”

Give twice as much encouragement as criticism.

Take a break from correcting to speak some encouraging words.  Find things that your teen is doing that deserve praise.  A teen will likely perceive a string of correction, with no praise in-between, as criticism—even if it is justified.  So to get in the habit of encouraging, take a whole day off each week from correcting and instead find things to praise.  Simply resolve that you won’t correct anything that isn’t literally life-threatening for an entire day and express only well-chosen, and honest, positive statements here and there. I believe you’ll be amazed at the results.

Be slow to anger.

Often in the frustration of the moment we use words that are far harsher than we intend.  Those words will linger long after what irritated you is forgotten.  Learn to take a walk, count to ten, and take a deep breath before you say anything.  Most words said in anger are not good words.  You may feel better after you “get it off your chest” but you not only haven’t actually corrected the problem, but you may have driven a critical wedge into your child’s heart and spirit. And if you do allow something to slip, apologize! Ask for their forgiveness; and confirm that your words were in appropriate and just wrong.  The more you apologize, the more you will find your teen apologizing, and that is very positive.

Yes, you can tell your teens what is right and what is wrong.  But as they’re getting older and making the transition from concrete thinking to abstract thinking, you will find that it’s far more effective to ask them leading questions than to instruct them.  Most poor decisions are made just because the teen hasn’t thought it through.  So, your questions will get them thinking before they decide.  And if they are engaged in the process of arriving at the conclusion, they’ll view your assistance as helpful, not that you are being critical.

I asked one of the young ladies who is with us at Heartlight how she felt when her parents corrected her.  “I feel like they’re mean,” she said.  Now you and I both know that’s not exactly an accurate assessment.  Her parents want what is best for her and are trying to keep her from danger.  But her reaction is a good reminder that we can easily come across in a way we don’t intend.  Before you correct your child, I suggest you take a few minutes and ask yourself how he or she will perceive and respond to what you have to say.  Plan your words with their feelings in mind, just as you would with one of your peers or colleagues.

You’ve heard about the meltdown at the Japanese nuclear plant earlier this year.  The power failure from the tsunami caused the cooling system to shut down, and that caused the fuel rods to overheat and release radiation.  It may be years before all of the damage that has been done can be repaired, and some lives will never be the same.  And that’s a pretty powerful illustration of what a tsunami of criticism can do in the life of a child.

So break the cycle of criticism, and replace it with a more balanced approach.  Stick to your guns and enforce the necessary rules, but do so in a way that encourages and builds them up.  You will find that this improves both their attitude and conduct, and makes your home a more pleasant place to live.