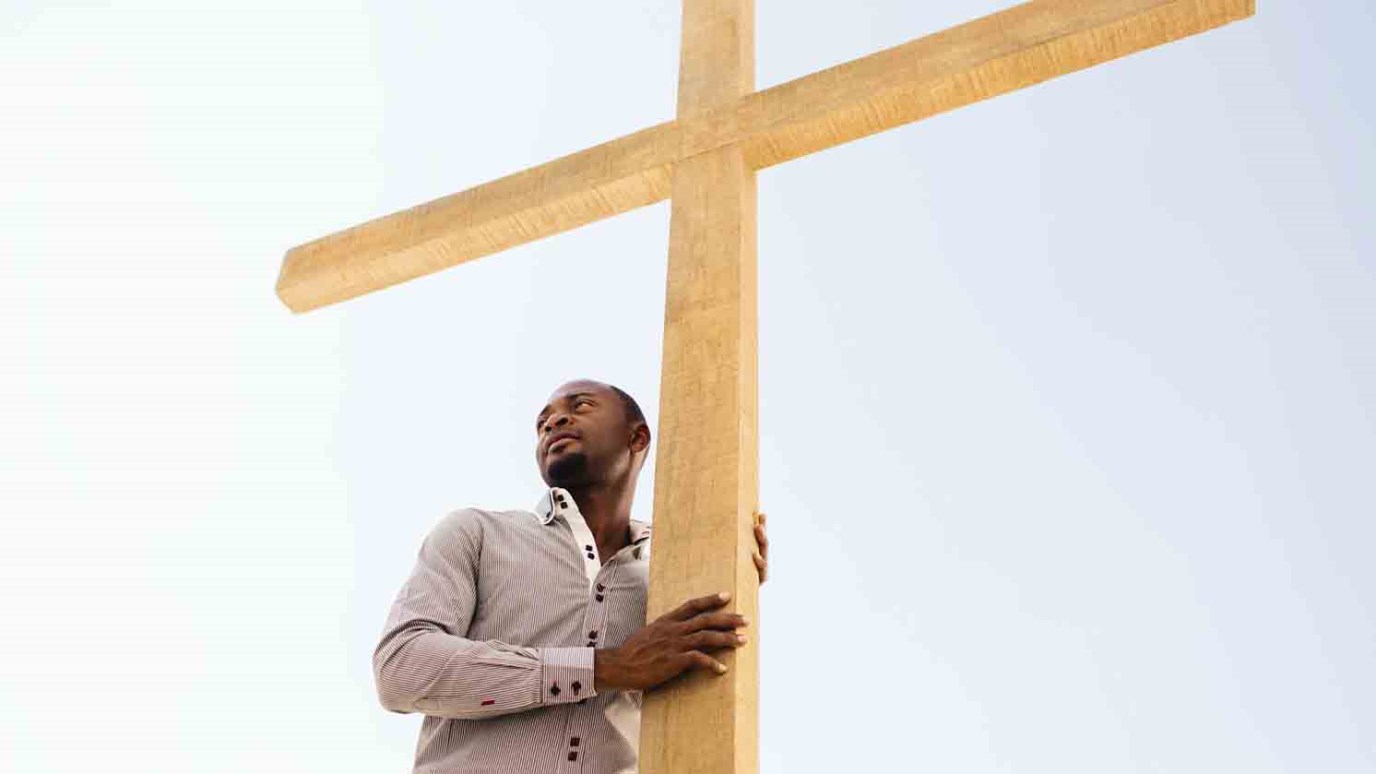 The only way we can tear down the Enemy’s strongholds is by declaring God's Word in our lives.

For though we walk in the flesh, we do not war according to the flesh. For the weapons of our warfare are not carnal but mighty in God for pulling down strongholds, casting down arguments and every high thing that exalts itself against the knowledge of God, bringing every thought into captivity to the obedience of Christ.  2 Corinthians 10:3–5

A few years ago, I was at the church teaching a Bible class and one of those wild, Texas storms came blowing in from the west. My wife was at home with our children and the storm sirens began to go off, signaling there was a tornado nearby. She turned on The Weather Channel and the radar map showed the tornadoes were in our neighborhood. So she grabbed the kids and went into the safest room in the house. They were huddled in there for about 15 minutes and my son, Seth, was tired of cowering under the tornado. He stood up, lifted his finger and said, “God, I command You, in Jesus’ name, to move that tornado!”

Now, obviously, after that, we worked to rearrange his understanding of who’s the boss, but I think God enjoys the spunk of someone who will stand up and say, “I’ve had enough of this! Here’s what the Word of God says!” The reason I think this is because when the Word of God is referenced throughout Scripture, many times it’s done so in the context of a battle.

In 2 Corinthians 10:3–5, Paul is talking about a spiritual war, and he shows us the Word of God casts down arguments and pulls down strongholds. A stronghold is defined as anything you know to be against the will of God that you also believe is unchangeable. So if there’s a situation in your life you believe God doesn’t approve of, but you don’t think will ever change, that’s a stronghold. The Word of God comes to destroy that.

Many times, the Enemy comes in with the power of suggestion, feeding us lies like, “I don’t think my marriage is going to work,” or “My business is doomed.” But, at the end of the verse we just read, Paul tells us to take those thoughts into captivity and make them obey Christ (2 Corinthians 10:5). The only way we can tear down the Enemy’s arguments against us is by declaring the Word of God in our lives.

Did you know the Word was meant to be heard as well as read? If you’ve spent time studying His Word, you know it, and you can ask yourself, “What does the Bible say about that?” When you can do that, those verses and scriptures spoken aloud become a powerful sword against the Enemy.

God, I thank You today that You have given me such a strong sword as Your very Word. Give me courage and wisdom today. Teach me how to bring the Word of God into my circumstances, and give me a newfound passion for Your Word. I receive it by faith. In Jesus’ name, Amen.

How Do We Get the Power for Real Life Change?
Chip Ingram
Follow Us
Grow Daily with Unlimited Content
Uninterrupted Ad-Free Experience
Watch a Christian or Family Movie Every Month for Free
Early and Exclusive Access to Christian Resources
Feel the Heart of Worship with Weekly Worship Radio
Become a Member
No Thanks