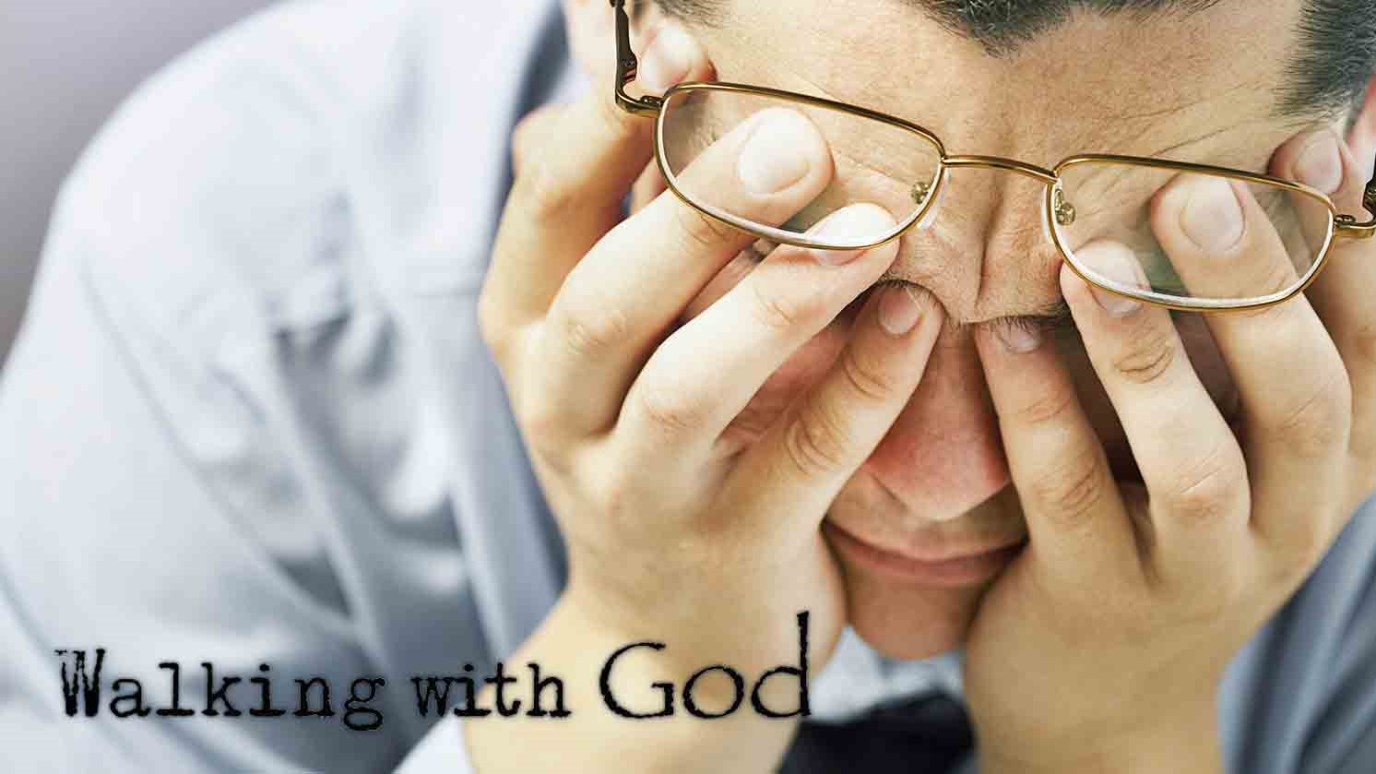 If you’re at breaking point, don’t keep it to yourself. Do what Moses did: take it to God.

Have you ever felt that the pressure in some situation was so great that you hit breaking point and felt you wanted to give up? If so, you’ll identify with how Moses felt as he led the Israelites to the promised land. Life in the desert proved to be hard, and it wasn’t long before people were grumbling and wishing they were back in Egypt. ‘We remember the fish we ate in Egypt at no cost—also the cucumbers, melons, leeks, onions and garlic. But now we have lost our appetite; we never see anything but this manna!’ they said (Numbers 11:5-6). (It’s amazing what short memories people have, isn’t it? They had forgotten the reality of slavery, beatings and hardships!) Eventually, it got too much for Moses and he hit breaking point. But rather than let himself ‘go down the tube’ (which is what so many people do at such times) he brought the matter to God, sharing not only the problem, but also exactly how he felt.

Moses asked God bluntly why he had brought all this trouble his way; what he had done to displease him to get such a burden; why he should care about them anyway; where on earth God expected him to find food for them all; how he was expected to bear their constant complaints. Little wonder he ended his prayer by praying the words of our opening verses.

But although Moses’ complaint was forthright, God didn’t rebuke him for it. He recognized that this was the cry of someone who had come to breaking point. So he responded by providing a very practical solution. Moses had made himself almost indispensable; so God simply told him to share the load around a little, just like he’d already told him to. (Sometimes the solution to a spiritual problem can be very practical!)

If you’re at breaking point, don’t keep it to yourself. Do what Moses did: take it to God. Off-load your burdens onto him – and then do whatever he tells you.

I was pushed back and about to fall, but the Lord helped me. The Lord is my strength and my song; he has become my salvation.  (Psalm 118:13-14)

A Cure for Despair
Dr. Michael Youssef
Follow Us
Grow Daily with Unlimited Content
Uninterrupted Ad-Free Experience
Watch a Christian or Family Movie Every Month for Free
Early and Exclusive Access to Christian Resources
Feel the Heart of Worship with Weekly Worship Radio
Become a Member
No Thanks