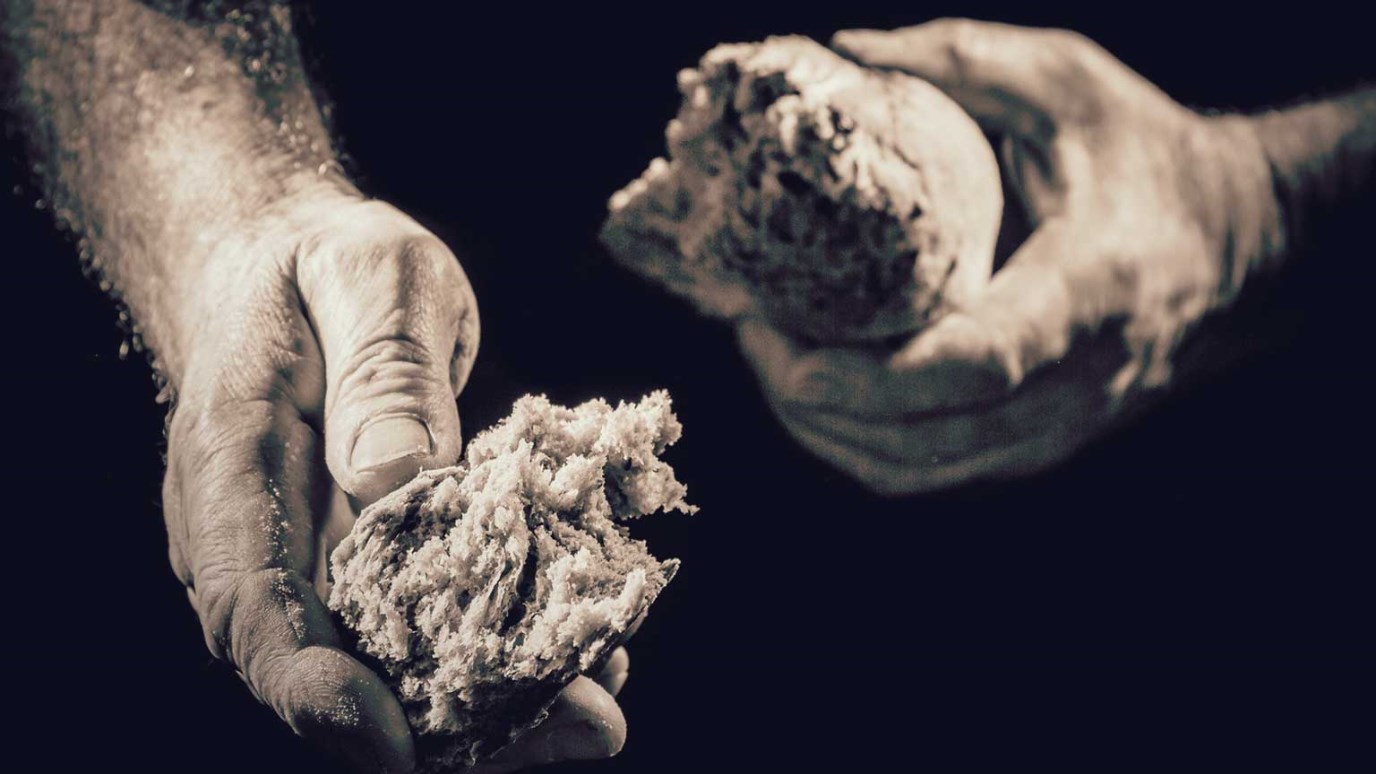 Just as Jesus warned His disciples, we too need to guard against the lure of man-contaminated “yeast” that leads to stale and corrupted bread.

Jesus had taken a lot of ridicule from the religious leaders of His day, and this reading is no exception.  Once again, they approached Him – this time demanding a miraculous sign to validate His claim of divine power.

Now, I have just one question… Where have these guys been? Jesus had been performing the miraculous out in the open – in front of scores of people – for months.  Yet, they still come to Him, in all their superior splendor and demand a “drive-by” miracle.  I like Jesus’ response...

Only an evil, faithless generation would ask for a miraculous sign... ~ Matthew 16:4

If they truly needed to see with their physical eyes to believe in their spirits, then their spiritual eyes were bound to remain blinded, no matter what they saw.  And as the disciples were about to show us, even those who had clearly witnessed the miraculous could have difficulty getting past the physical.

Once again, food was at issue. It seems the disciples’ failure to pack meal rations had overshadowed the lesson of faith Jesus was teaching them.  Even though they had no bread with them, the disciples had the One who could provide bread for them. And even though their stomachs were grumbling, their hearts should’ve been well-fed by a taste of divine trust.  But this didn’t seem to be the case.  Jesus’ disciples seemed to have granite-hard heads, which made for slippery memories.  They were hungry.  They were worried.  They were forgetful.

So what was Jesus’ reply to their worrying? Have a look…

Jesus had been trying to drive home a spiritual warning, but they just weren’t getting it. His disciples were looking at their shallow need for nourishment while Jesus was sharpening their focus onto their deeper need of discernment.  Discernment to be able to distinguish between healthy spiritual truth and deadly “religious” doctrine.  Let’s read what Jesus said in verse 11:

How could you even think I was talking about food? So again I say, “Beware of the yeast of the Pharisees and Sadducees.” ~ Matthew 16:11

The yeast of the Pharisees and Sadducees.  Jesus had recently warned about some of the religious teachings of that day in the previous chapter. In Matthew 15:8, 9, Jesus quoted the prophet Isaiah, and said,

These people honor Me with their words, but their hearts are far away. Their worship is a farce, for they replace God’s commands with their own man-made teachings. ~ Matthew 15:8, 9

Has so much changed today? Does the “religion” of our world bow to God as the Supreme Authority? Or do we embrace the feel-good message without the life-changing commitment?  The see-what-I-can-do announcement without the God-do-Your-work-in-me surrender. Let’s be careful.  Just as Jesus warned His disciples, we too need to guard against the lure of man-contaminated “yeast” that leads to stale and corrupted bread.

May we always go back to the One who is the Bread of Life for all we need. Jesus is the Way, the Truth, and the Life.

Our lives should always reflect Him.

Idols Keep Us From His Transforming Love
Dee Brestin