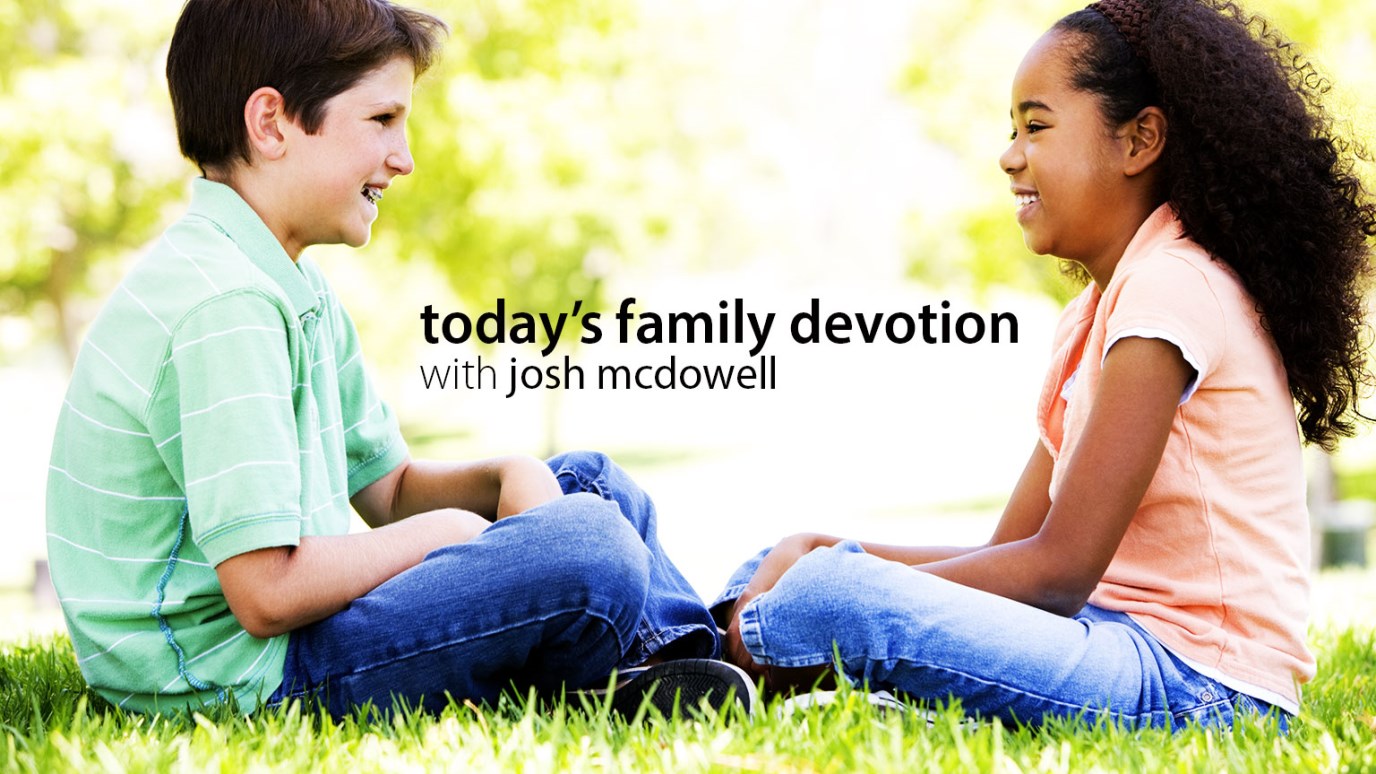 God values respect because every human being was created in His image.

God Values Respect Because Every Human Being Was Created in His Image.

Verse of the Day: “I see very clearly that God doesn’t show partiality. In every nation he accepts those who fear him and do what is right” (Acts 10:34-35).

“She doesn’t know how to play this game right,” Jeremy complained.

“He’s just a stupid, gross boy!” Leah answered, spitting out the last word as if it were the worst insult one human being could hurl at another.

“I see,” said Dad. “It sounds like you two are having trouble playing together.” He gripped the children’s hands and walked them over to the couch. “I don’t like it when you call each other names and act like girls are stupid and boys are disgusting.”

Dad paused and squeezed Leah’s hand in his. “Tell me, Leah, who made you? Who decided that you would be a girl?”

She thought for a moment. “God?” she answered.

Dad nodded, then turned to Jeremy. “And who made you?”

“God,” Jeremy answered, sounding as if he thought the question was too easy.

“What about teachers? And plumbers?”

“God made them all, Dad!” Jeremy answered.

“I can do it better than you can!” Jeremy taunted as he jumped up from the couch. Leah chased him out of the room.

Dad sighed. “One step at a time,” he said with a chuckle.

TO DO: Take turns listing all the varieties of people who are worthy of respect (including various races, nationalities, and occupations, as well as both sexes). Make the activity fun and lighthearted, but make it meaningful as well.

TO PRAY: “God, help us to remember that everyone is worthy of respect.”

Am I a Failure if My Child Doesn’t Follow Jesus?
NewSpring Church
Follow Us
Grow Daily with Unlimited Content
Uninterrupted Ad-Free Experience
Watch a Christian or Family Movie Every Month for Free
Early and Exclusive Access to Christian Resources
Feel the Heart of Worship with Weekly Worship Radio
Become a Member
No Thanks