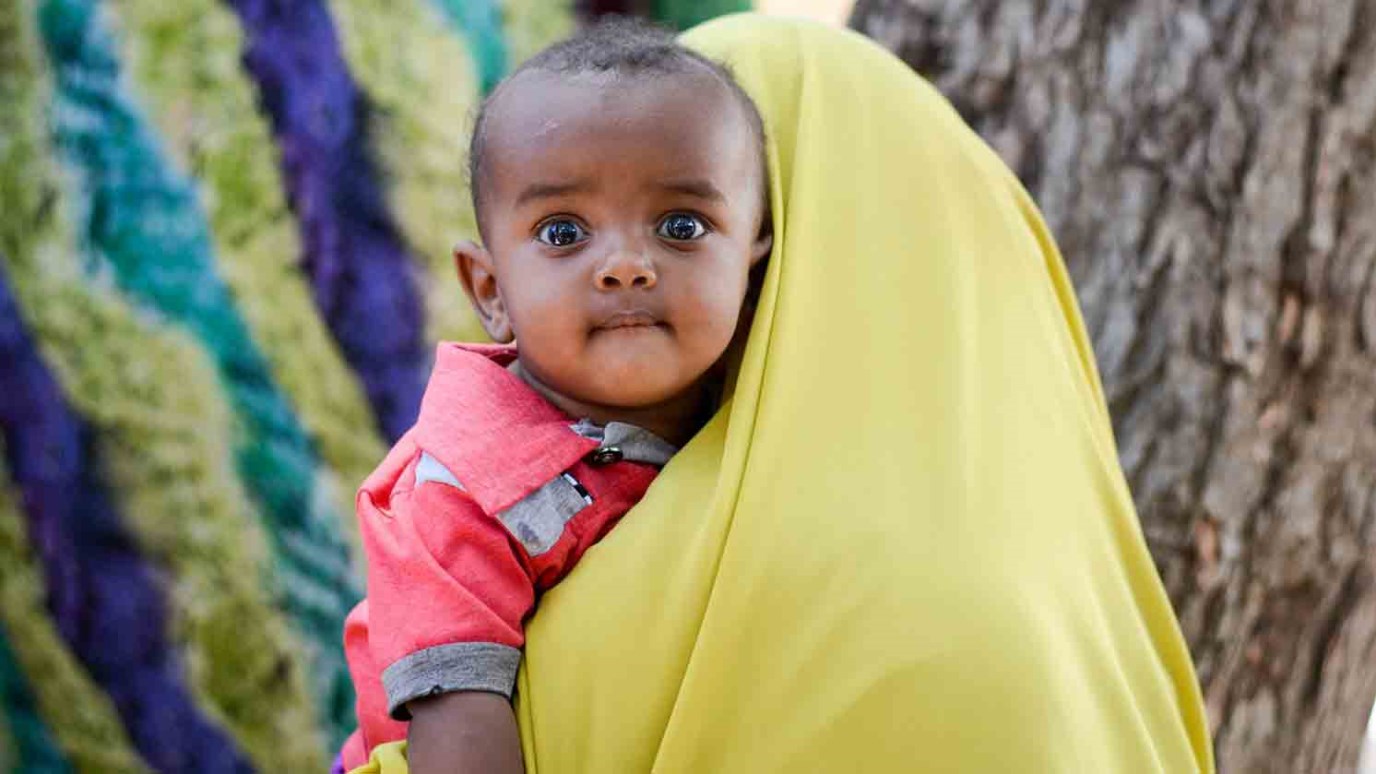 In Somalia, five-month-old Suhyb looks at the wide world over a protective shoulder.

Suhyb’s family received a water filter supplied by World Vision. It could make the difference between life and death.

Drought has dried up many common water sources in Somalia, and ones that remain are polluted. Water filters can often make that water safe to drink

As cattle have died and crops have withered in Somalia, parents have no other option but to take their children and flee to urban areas and camps for displaced people. More than 500,000 Somalis are displaced, many living in crowded and unsanitary conditions. Childhood malnutrition has reached staggering numbers: At least 363,000 Somali children under age 5 are acutely malnourished; 71,000 are severely malnourished.

But hunger is not the only killer stalking the children. Communicable diseases like measles take a toll on their weakened bodies. Since seasonal rains began, so have massive outbreaks of cholera and acute watery diarrhea, with double the cases of recent years.