Bilingual Lessons in a Bathroom 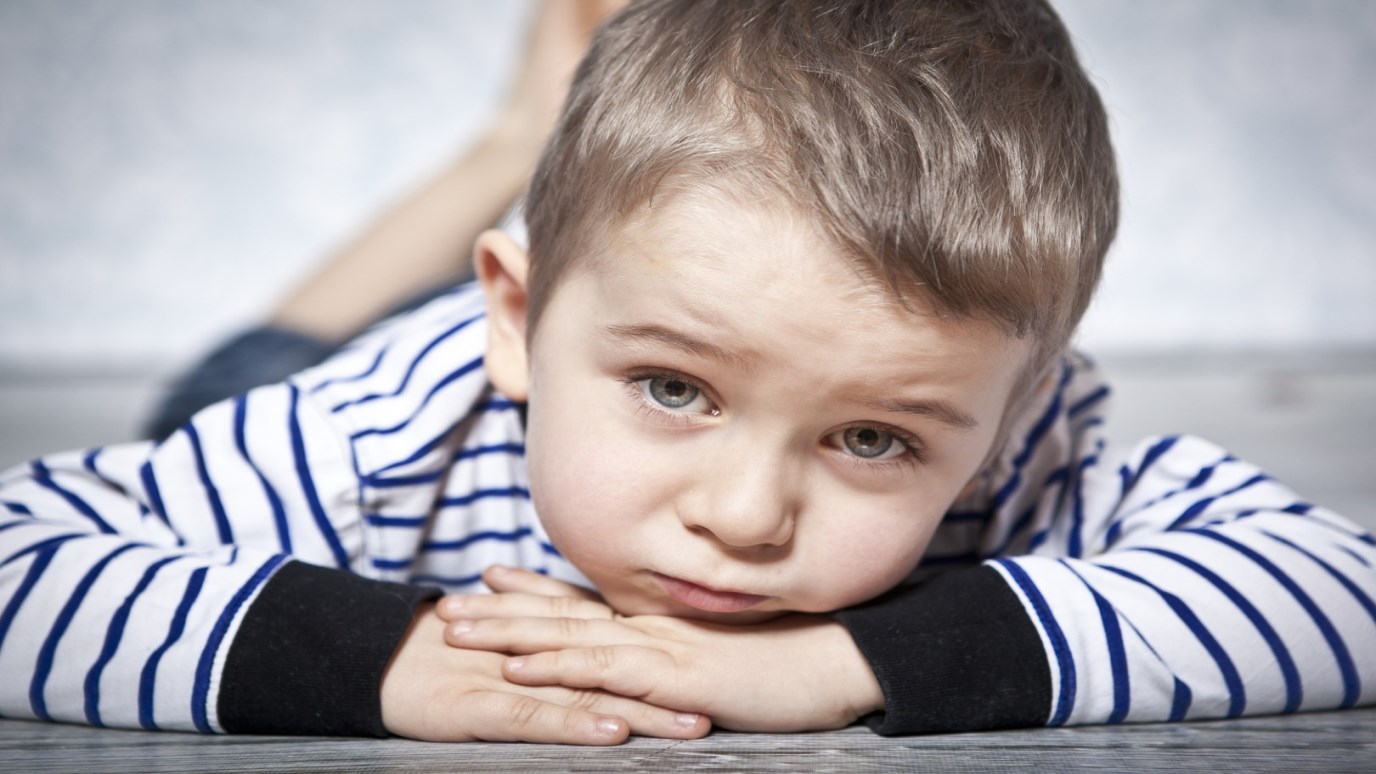 Satan tries to tell us lies so that we will not listen to the truth.

My four-year-old son's face was in a panic, and his eyes told me these were not Jeremiah's occasional alligator tears. He was afraid.

Earlier that day we went on one of the most beautiful autumn hikes. Two miles along a creek, over stone walls, and through narrow boulder passages the path led straight to a rushing white waterfall. It was there, at our long-awaited destination, that my husband and I found the splinter in our son's finger. "Can we wait to get it out until we are home?" Jeremiah asked. Given our limited amount of daylight, just a small pair of tweezers on my husband's Swiss Army knife, and still a two-mile hike back to the car, we agreed.

Later that night, the tears exploded! The repeating chant was, "I am scared that Dad will hurt me!" Those words stung, and my husband's heart ached. How were we going to get this visibly huge splinter out of that little finger if he believed that? As I took Jeremiah into the bathroom to help him gain his composure, we talked. Knowing what a wonderful man I married and the answer, I asked Jeremiah, "Would Dad ever do anything to hurt you?"

So I leaned in and asked, "Then, why are you scared?"

"Dad will hurt me when he gets the splinter out" was his retort.

"But Jeremiah, you know that Dad would never do anything to purposely hurt you; he loves you." As I dried tears, wiped a nose, and held his hand, I shared with Jeremiah exactly what I had spent all summer teaching young girls. With full confidence I asked, "Jeremiah, do you agree with me that Daddy would never do anything to hurt you?" I received a wholehearted nod. On to the next question. "Then if you say Daddy would hurt you, that is a lie, right?" And this time I got a double nod. Finally I asked, "Do you know where lies come from?"

With a little light bulb going off, Jeremiah answered. "That old serpent?!"

"Yes! Satan tries to tell us lies so we will not listen to the truth. The truth is Daddy would never hurt you!" Now I had tears in my eyes. With that Jeremiah swung opened the door, balled fists on his hips, and yelled, "That old serpent isn't gonna get me! Ohhh Daaadddd, I'mmmm ready!" Mere seconds later, the splinter was gone.

Satan is not bilingual! Only God speaks truth to us. Anything else is simply a lie from the Liar. The difference between knowing that and believing it is what allows us to swing open the door and embrace God's richest blessings and unlimited abundance in our lives.

Let the Love of Christ Compel You
Ron Carpenter

Wake Up Your Faith
Gary McSpadden

End of History and You, Part 3
Dr. Michael Youssef
Follow Us
Grow Daily with Unlimited Content
Uninterrupted Ad-Free Experience
Watch a Christian or Family Movie Every Month for Free
Early and Exclusive Access to Christian Resources
Feel the Heart of Worship with Weekly Worship Radio
Become a Member
No Thanks