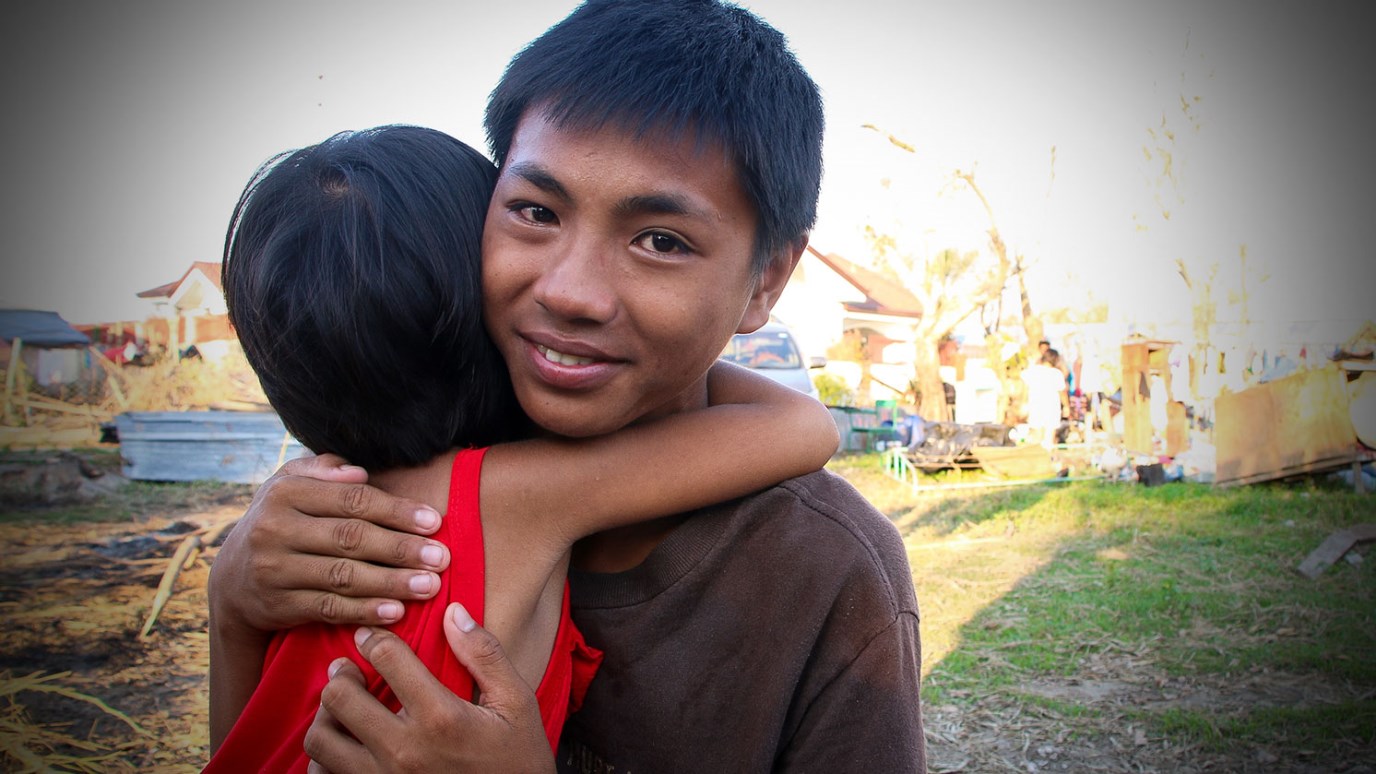 Standing near his home in the Philippines that was destroyed by Typhoon Haima in October 2016, Santiago holds his 4-year-old sister Princess.

Santiago is 14 and has four siblings: EJ, Amiel, Princess, and Gerardo.  He’s partial to 4-year-old Princess, his only sister. When she smiles, her eyes light up. Princess feels closest to Santiago, too.

"I love him because he always takes care of me and he feeds me,” she says.

When Typhoon Haima bore down on the Philippines, Santiago’s family went to his grandparent’s house. But when the storm worsened, "my father and my grandfather had to destroy the plywood at the back of his house for us to escape," Santiago says.

“When we checked on our house the following day, I could no longer see a trace of it,” he says. “Our things were soaked in floodwater, my books and school materials all destroyed.”

Recalling their narrow escape and their losses, Santiago breaks down and cries. He tries to be strong for his little sister.