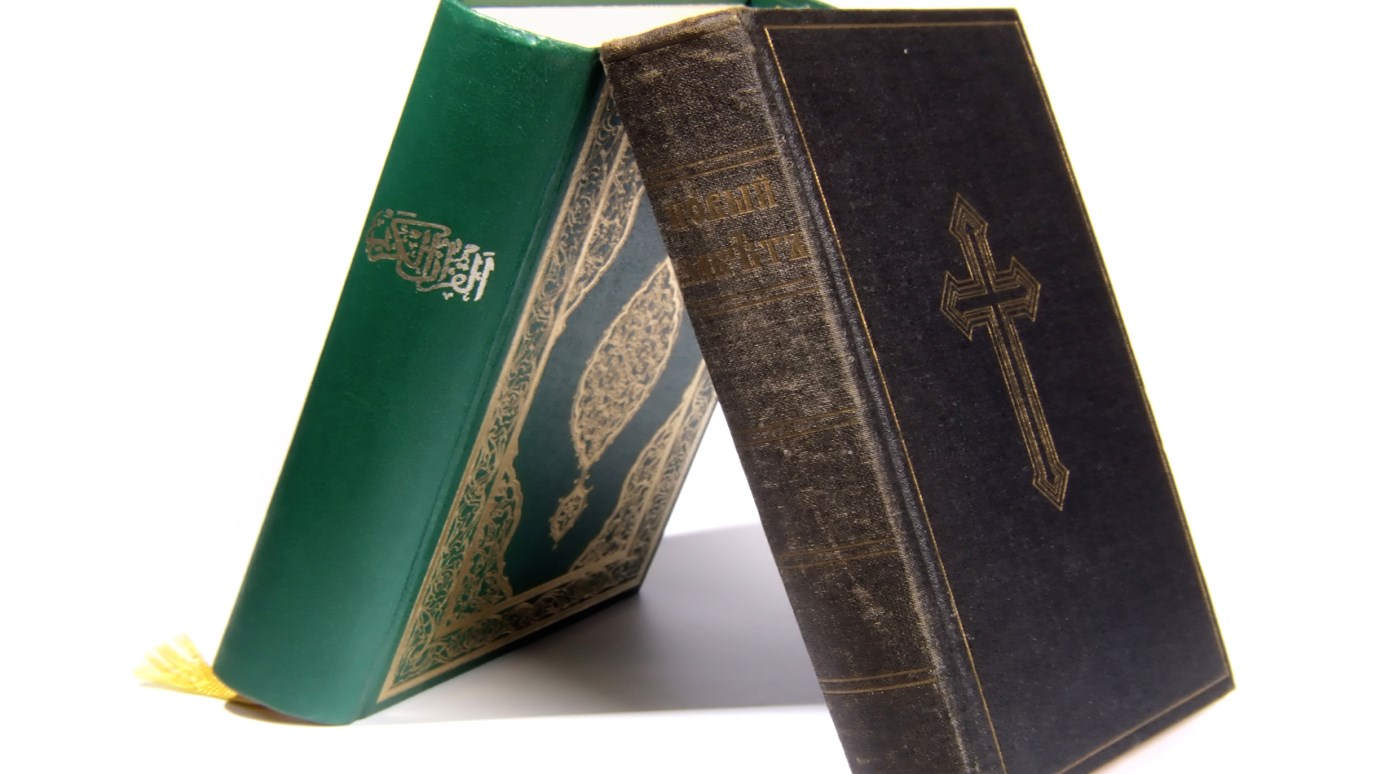 Christianity and Islam are both monotheistic, religions that believe in one almighty creator. So with these similarities, what are the differences between the Bible and the Qur’an?

Christianity and Islam are both monotheistic religions that believe in one almighty creator. The Muslims’ holy book—the Qur’an—teaches creation, the existence of angels, that Jesus was a sinless, virgin-born prophet from God, and that there is a heaven, a hell, and a day of judgment. So with all these similarities, what are the differences between the Bible and the Qur’an?

Muslims believe the Qur’an is a revelation from God (Allah) that began to be verbally transmitted through the angel Gabriel to Muhammad when he was 40 years old (AD 610). They say that over a 23-year period Muhammad received these messages, which he precisely memorized. Shortly after his death (AD 632) the Qur’an was compiled into a single book. Today it is divided into 114 chapters, or suras, and is about the length of the Christian New Testament. Muslims consider the Qur’an in the original Arabic text to be the literal word of God. They believe it provides divine guidance for all humanity. They say Muhammad was God’s last prophet, superseding Christ, and that the Qur’an is God’s final revelation to us all.

The Qur’an on God

The distinguishing characteristic of Islam and the Qur’an is the unity and transcendence of Allah or God. To become a Muslim one must confess the shahadah: “There is no God but Allah, and Muhammad is his messenger.” Yet the God of the Qur’an is not the same as the God of the Bible.

The Qur’an does portray God as being eternal, all powerful, all knowing, holy, just, loving, and merciful. However, unlike the Bible, the Qur’an claims these are characteristics of God’s will rather than his nature. That is to say, God may be called good because he causes good, but goodness is not the essence of his character. The Bible, on the other hand, teaches God is good because his very nature and character are holy, just, and right.

The Qur’an also teaches that Jesus is not God’s Son, that he did not die on the cross for our sins, nor did he rise from the grave physically three days later. It additionally teaches a unitarian view of God rather than the Trinitarian view of the Bible. To believe that there is more than one person in the Godhead is idolatry to a Muslim.

The Qur’an on Salvation

The Qur’an explains that salvation—a place in paradise after death—is based on Allah’s forgiveness: “To those who believe and do deeds of righteousness hath Allah promised forgiveness and a great reward” (Sura 5:9). The hope of life after death for a Muslim is based on whether their good deeds will outweigh their bad deeds and that Allah will be merciful.[1]  48 Yet what distinguishes the Bible from the Qur’an is how a person is made right with God and obtains eternal life.

The New Testament (with which Muslims disagree) teaches that

The fundamental differences between the Qur’an and the Bible are in the Bible’s revelation of 1) who God is (his holy and righteous character and nature), 2) how he deals with sin (his plan of salvation through Christ’s atoning sacrifice), and 3) how humans gain a relationship with him (made his children by grace through faith in Christ).

Does the Bible Have Contradictions?
Pete Briscoe