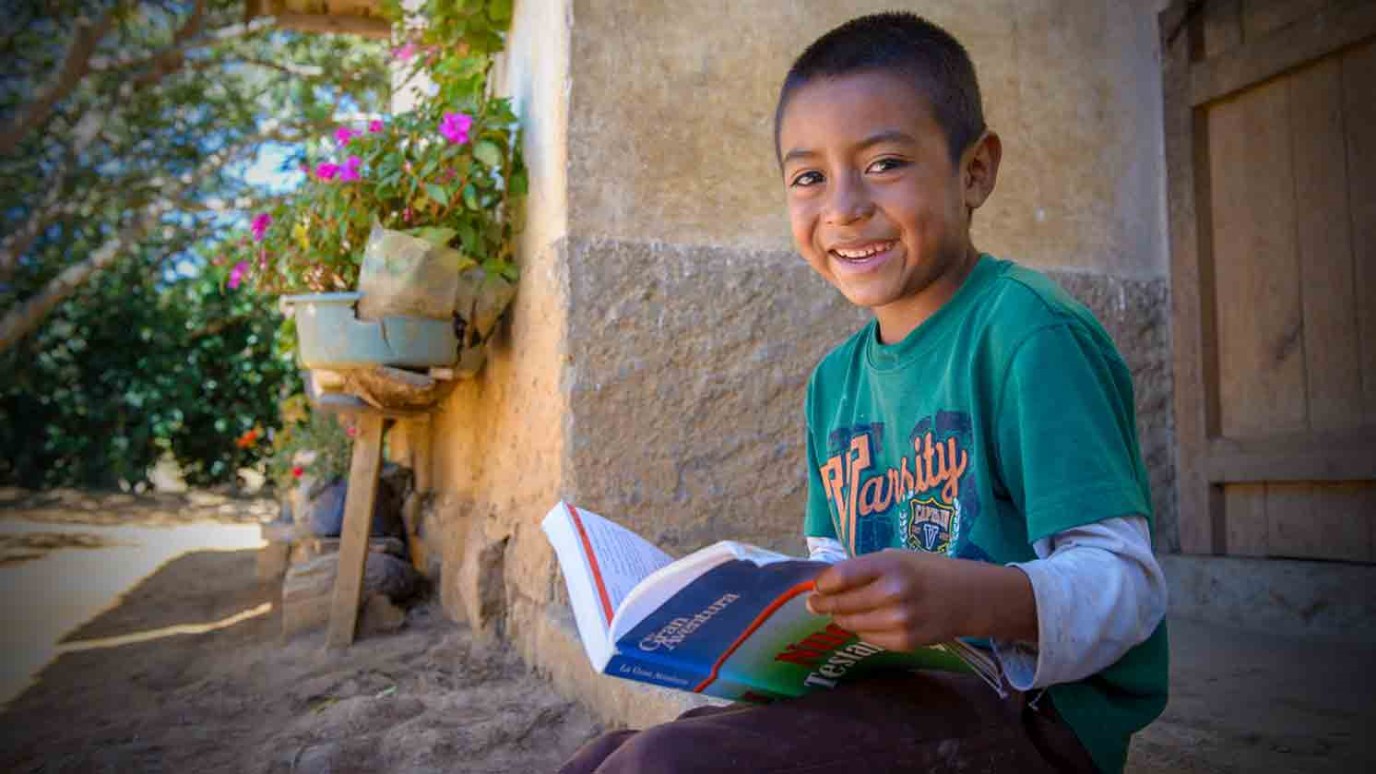 Six-year-old Elking reads the New Testament outside his house in Yamaranguila, Honduras.

Elking likes reading, writing, and playing with his wheel. He wants to be a policeman or work with his father, Hector, in the coffee fields.

Elking’s older sister, Janeth, says education is a priority in the family. “I have a great father who supports me,” she says. “Most parents don’t have economic resources to send children to school.”

Elking and Janeth’s family is part of a World Vision savings group called Looking for Prosperity. When the group began in 2013, not only did Hector join—so did daughter Janeth. The first year, at only 13, she took out a loan for $1,000 to plant coffee. She was able to pay nearly all of it back herself with Hector contributing a small sum.

The next year, Janeth borrowed $250. This time she quadrupled her earnings, making $1,000 from her crop. Janeth, 16, who has a World Vision sponsor in Puerto Rico, can now fulfill her dream to become a nurse.

“I love my sister. I love my family,” Elking says.