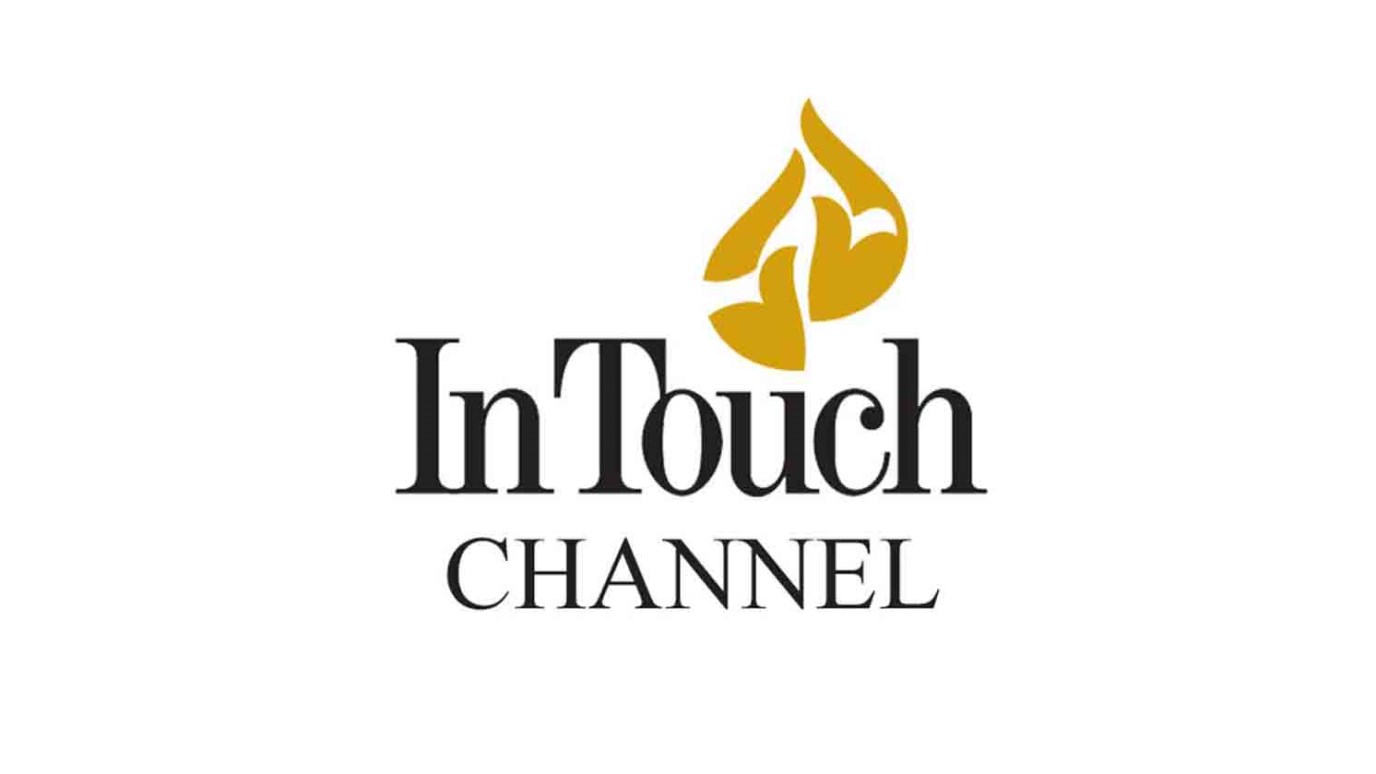 Patricia Raybon uses Joseph's story to illustrate how our work can be our worship.

The boss was a fireball: hot-tempered, demanding, and angry—on his good days. On his bad days, he screamed four-letter words and threw trash cans. His employees all walked on eggshells—except for one calm, savvy woman.

“He’s actually afraid,” she told her friends. So she didn’t lose sleep over her high-strung manager. No eggshell walking either. “I know his type. I’ll outlast him.” And she did. When he finally left the company, she still had her sanity—and her job.

But what does the Bible say to believers about bad work environments? In Colossians 3:23*, Paul urged, “Work willingly at whatever you do, as though you were working for the Lord rather than for people.” So how can we approach work as worship—even if our supervisor is a poor leader, unethical, or downright cruel—and not the least bit sorry about it?

For godly answers, we can look to Joseph, the favorite first child of Rachel and Jacob. His jealous half-brothers hated him so much that they secretly sold him into slavery. Landing in Egypt, Joseph went on to labor in three very different environments, none of which were run by people serving God. Yet he survived—and thrived—even while working for a weak viceroy (Potiphar), a lazy prison warden, and an anxious Pharaoh. Consider the principles he exemplified, which are all still effective in the workplace today.

1. Don’t Be Afraid. Despite working in hostile territory, Joseph never let anxiety about offending his boss or losing his job rule him. Instead, he chose to fear only God. Psalm 34:9 reminds us that “those who fear him will have all they need.” Conversely, if you’re governed by other people’s opinions, you may get sucked into the undertow of bad workplace policies and behaviors, rather than finding constructive ways to effect change. Yet if you’re motivated only by your desire to honor the Lord, people will take notice. Even Pharaoh, the most powerful man in Egypt, said of Joseph: “Can we find anyone else like this man so obviously filled with the spirit of God?” (Gen. 41:38).

2. Tell the truth. When Joseph warned Pharaoh of the horrible famine God revealed would soon ravage Egypt, he didn’t soft-pedal the truth. In today’s dire economy, Joseph’s circumstances remind us to speak up clearly and with courage. Even when dealing with a bullying supervisor, by choosing the right time and positive words, you can honestly confront a problem. Try communicating, “I want to give you my best, and your specific, constructive feedback will help me contribute in the most effective way I can.” Allow the Holy Spirit to direct your words, and be confident in what He leads you to do and say.

3. Work for God. Potiphar, Joseph’s first boss, recognized that “the Lord was with Joseph, so he succeeded in everything he did as he served” (39:2). Why? Joseph worked for God. So Potiphar put him in charge of his household “and everything he owned” (v. 6), hoping to reap blessings too. Coworkers may not realize why you’re so wholehearted, but God honors efforts that are focused on pleasing Him. And His presence will naturally spill over to affect the people nearby.

4. Do the Right Thing. When Potiphar’s wife tried to seduce Joseph, he rejected her outright. “My master trusts me,” he said, pointing out what her lack of ethics threatened. “How could I do such a wicked thing? It would be a great sin against God” (39:8-9). The principle? Always choose right, even when nobody’s watching. Then take action to strengthen yourself. Start each workday in prayer, asking the Holy Spirit to guide you—for His honor and glory.

We should let our work be our worship.

6. Know Your Strengths. When the false accusation by Potiphar’s wife landed him in jail, Joseph chose to make the best of it and glorified God by working diligently. As a result, the warden put him in charge of the whole prison (v. 22). So even if your workplace makes you feel like an inmate, bring your A-game anyway. Use your gifts and abilities to benefit others in any way possible—even beyond the scope of your official duties. At some point others are likely to take notice, which will increase your opportunities for further influence. Your purpose in the place God has called you to serve goes far beyond fulfilling basic responsibilities.

7. Give the Lord Credit. Joseph didn’t boast about his gifts. When the occasion arose, He gave credit to God in?a natural way. When his fellow prisoners— Pharaoh’s chief cupbearer and baker— were distressed by their dreams, Joseph showed genuine concern and made sure he pointed them toward his source of help. “Interpreting dreams is God’s business,” he assured them (40:8). Does this mean you can talk about God at work? Yes! However, that is not to suggest you drop evangelistic tracts on your supervisor’s desk or strong-arm coworkers into going to church. But authenticity, humility, and openness about God’s involvement in your daily life can go a long way. Pray for opportunities to share, and “always be prepared to give an answer to everyone who asks you to give the reason for the hope that you have. But do this with gentleness and respect” (1 Peter 3:15 NIV).

8. Be patient. Joseph was in prison two long years before his hard, faithful work was rewarded (Gen. 41:1). By then, Pharaoh’s chief baker had been killed and the cupbearer had forgotten his promise to put in a good word for Joseph (40:23). But when Pharaoh desperately sought someone to interpret his dreams, Joseph finally got the call (41:9-14). Not only did this end his wrongful incarceration, but he was also given an incredible opportunity far bigger than the young Hebrew could ever have imagined. Through Joseph’s years of service and endurance, the Lord had prepared him to lead a nation and save it from tragedy. If you’ve been called to stay in a demoralizing job, your own delivery probably won’t happen overnight. Determine to be diligent anyway, and pray for the perseverance you need. God’s purposes are at work!

9. Prayerfully Offer Wise Solutions to Problems. Joseph accurately forecast a devastating famine “so severe that even the memory of the good years will be erased” (41:31). Yet, instead of getting caught up in the magnitude of the crisis, he sought wisdom from the Lord and offered Pharaoh a smart plan: to save and store one-fifth of all harvests during the plentiful years in preparation for the coming shortage, and appoint a wise person to supervise the endeavor efficiently. Notice that Joseph didn’t ask for this assignment. But because he’d shown himself capable and trustworthy, Pharaoh put him in charge of all Egypt (vv. 37-40). God’s favor went far beyond the freedom he’d longed for.

10. Glorify God. In his fancy new job, Joseph didn’t forget that the Lord was still the source of all good things. In fact, when he married and had children, he named his first son Manasseh (“making to forget”) to honor God’s redemption of his years of suffering (41:51). Then he named his second son Ephraim (“fruitfulness”), acknowledging that “God has made me fruitful in this land of my grief”(v. 52). Joseph’s life exemplifies what it means to put the Lord first in both good times and bad.

11. Take a Break and Honor Your Priorities. Even though Joseph’s job had endless demands, he knew he also had to take his father’s body home for burial. So he sought permission to travel to Canaan (50:4-6). It’s easy to get caught up in your responsibilities at work and think everything will fall apart in your absence. But when you need a break for your own rejuvenation or to enjoy the family, take time off. Rest is godly, and everybody needs it.

12. Forgive. The capstone of Joseph’s illustrious life wasn’t saving Egypt but, rather, his ongoing choice to forgive his brothers for selling him into slavery. “Am I God that I can punish you?” he asked them—even though he had the power to withhold mercy and make them suffer for their wrongdoing. “You intended to harm me, but God intended it all for good” (50:19-20). Likewise, instead of harboring bitterness or the desire to get even, forgive those who have hurt you. And stop to consider how the Lord might be using someone’s negative actions toward you for good.

The Bottom Line? Our witness at work isn’t about pressuring people to accept Christ, while we endure the job itself as a necessary evil. Instead, we should let our work be our worship. As we practice diligence, love, and integrity, we bear witness to God’s presence and goodness by way of the most powerful kind of sermon: action. Don’t be surprised when that transforms a workplace which seems very far from God’s reach.