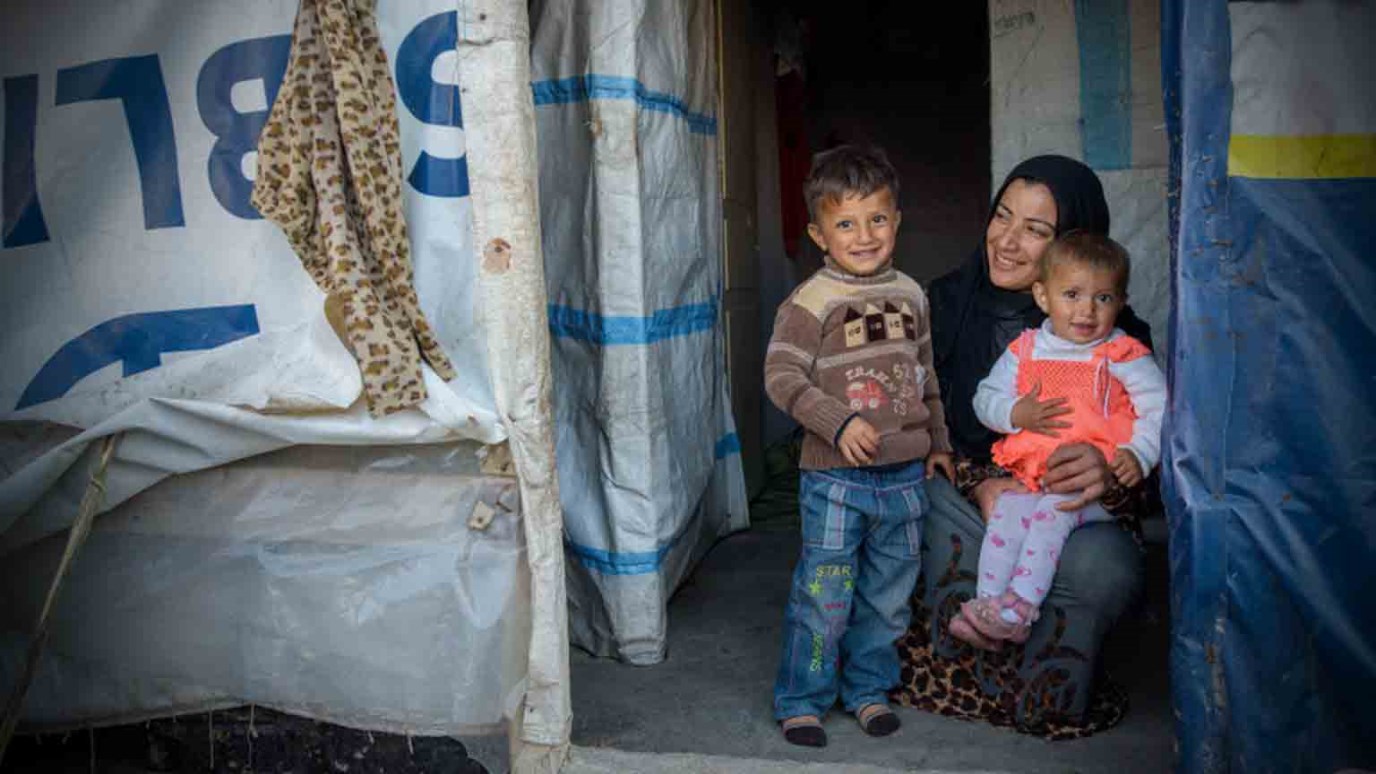 Amani and her two children, Rami, 3, (left) and Baylasan, 1 year and 3 months, look out of their family’s tent in the Bekaa Valley, Lebanon.

Amani, along with her husband and two children, fled from their home in Syria when militants took over the area in the fall of 2015. She said her husband, who did not want to be named or photographed, was threatened by militants and forced to go to the mosque to pray.

In Syria and when the family first came to the Bekaa Valley in Lebanon, Rami was extremely fearful. “Rami always cried before when he saw a plane; he was afraid of bombs,” Amani says. “Now he knows the planes won’t hurt him.”

Rami attends an Early Childhood Education program in the afternoons. “He loves it. Every day he hurries to make sure he won’t miss the bus,” says his mother.

“He’s learning how to read. He likes to play games and write. He’s memorized all the songs and sings them when he comes home,” says Amani.

The activities have instilled discipline and manners, “it’s opened his mind,” she says. “He’ll be ready to go to school,” she says proudly.

Amani attends an Early Childhood Development class at the same center where Rami studies. She’s learned ways to reinforce his lessons and provide a secure, encouraging environment for both of her children.

Undernourished: 10 Worst Places for Hunger
World Vision
Islam, The Middle East Revolution & What it Means For Us
Joseph Mattera

The Problem with a Breadless Gospel
World Vision