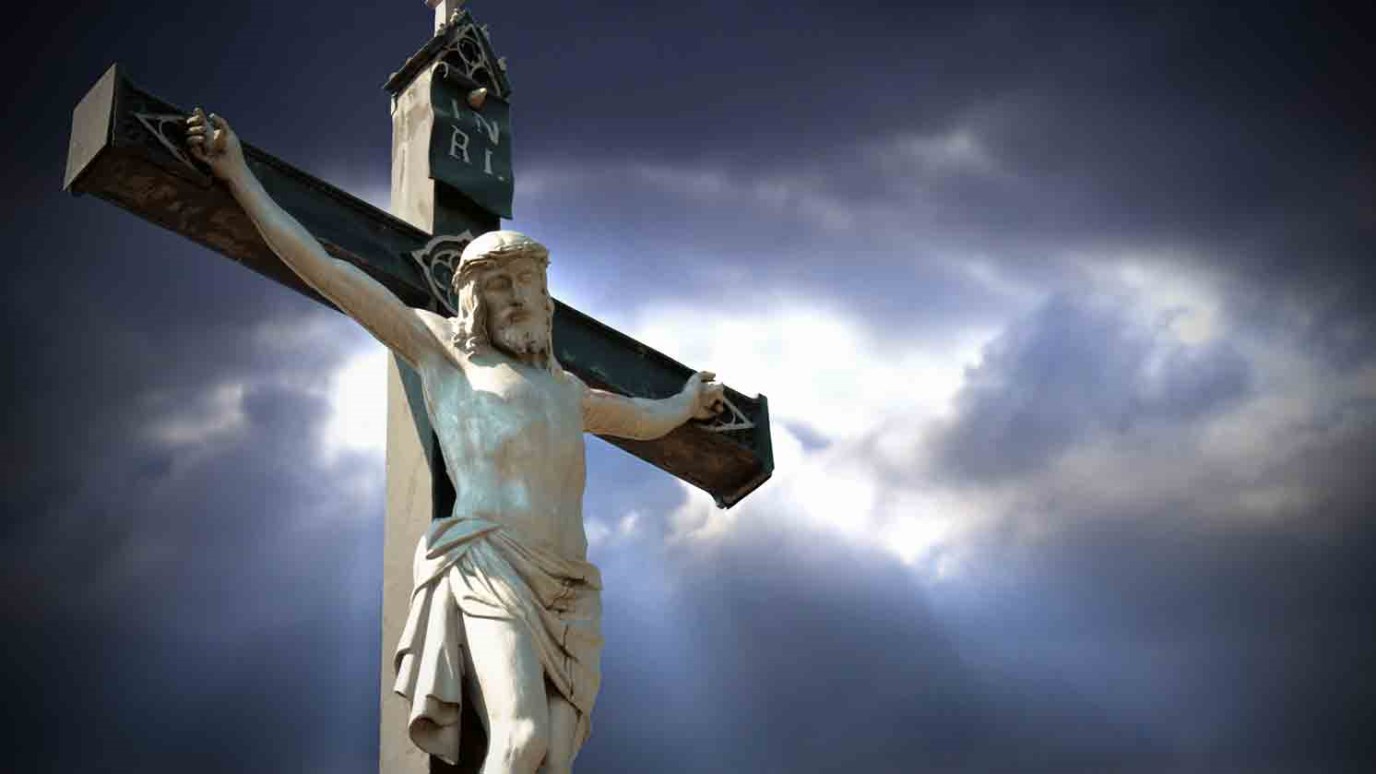 When the Lord Jesus Christ died on the Cross, He took our sins, and so He was separated from God, the Father, just as we would be if we still had our sins upon us.

The Contrast as to Standing Before God

Unbelievers cannot pray to God as their Father—in fact, they cannot pray to Him at all. Christ said, “No man cometh unto the Father but by Me” (John 14:6). But believers can come to Him without any fear. He is not far off, some great majestic king, of whom you need to be afraid. He is your Father. Little boys and girls in the streets of London may be afraid to speak to the king, but you may be sure that the two little princesses have no such fear. So, though God is very great, He is our Father, and we can speak with Him just as freely as we would with our earthly father.

Because we have God as our Father we want to please Him. Do you remember how you felt when you did something wrong and your father or mother knew about it? There came a barrier between you and them. It was your wrong. It is something like that, only much worse, with those who do not believe in Christ; their sin is between them and God. Nothing they can do can please Him until they receive Christ and turn from their sin. They can never be truly happy until they are Christians, though they may be happy. As soon as they really think about life and death they are like the troubled sea when it cannot rest. They may even deny that they are unhappy, but God says they are, and you must choose between believing them and believing God, Who says they have no peace (Isaiah 57:20-21).

The unbeliever is separated from God (Ephesians 2:12; Isaiah 59:2). When he dies he still remains separated from God (John 8:21-24). This is what Hell really is, separation from God. Men may argue about the details of Hell, but, to say the least, it is a place far from God. When the Lord Jesus Christ died on the Cross, He took our sins, and so He was separated from God, the Father, just as we would be if we still had our sins upon us. That is why He cried out, “My God, My God, Why hast Thou forsaken Me” (Matthew 27:46). The Lord Jesus on the cross was bearing the same thing as Hell for us. It is only because He did this that we can now be saved. It would be possible to say that the heart of Christianity is in these three sentences: I deserved Hell; Jesus Christ took my Hell; There is nothing left for me but His Heaven.

We, believers, are very near to God. There is an old hymn:

Nearer I cannot be;

For, in the person of His Son,

Dearer I cannot be;

The love with which He loved His Son

Such is His love to me.

Another contrast between the believer and the unbeliever is that the unbeliever is under God’s wrath, while we are under God’s favor. It is not pleasant to have someone angry with you, yet the Bible says in many places that God is angry with unbelievers (Proverbs 1:24-29; John 3:18-36; Romans 1:18). No wonder He is angry with them, even though they are good, and kind and charitable, as the world uses these words. When they refuse to accept the Lord Jesus Christ as their Savior they are not believing God's word about His Son, and God says that that is calling Him a liar (1 John 5:10). You do not have to commit some terrible crime, like murder or robbery, to be under God’s wrath. The sin of unbelief is a terrible crime to Him, even though it may seem to be small to men. But as soon as we believe, we are taken from under God’s wrath and put into His favor.

Believers and Unbelievers: Part Two
Dr. Donald Barnhouse
Follow Us
Grow Daily with Unlimited Content
Uninterrupted Ad-Free Experience
Watch a Christian or Family Movie Every Month for Free
Early and Exclusive Access to Christian Resources
Feel the Heart of Worship with Weekly Worship Radio
Become a Member
No Thanks