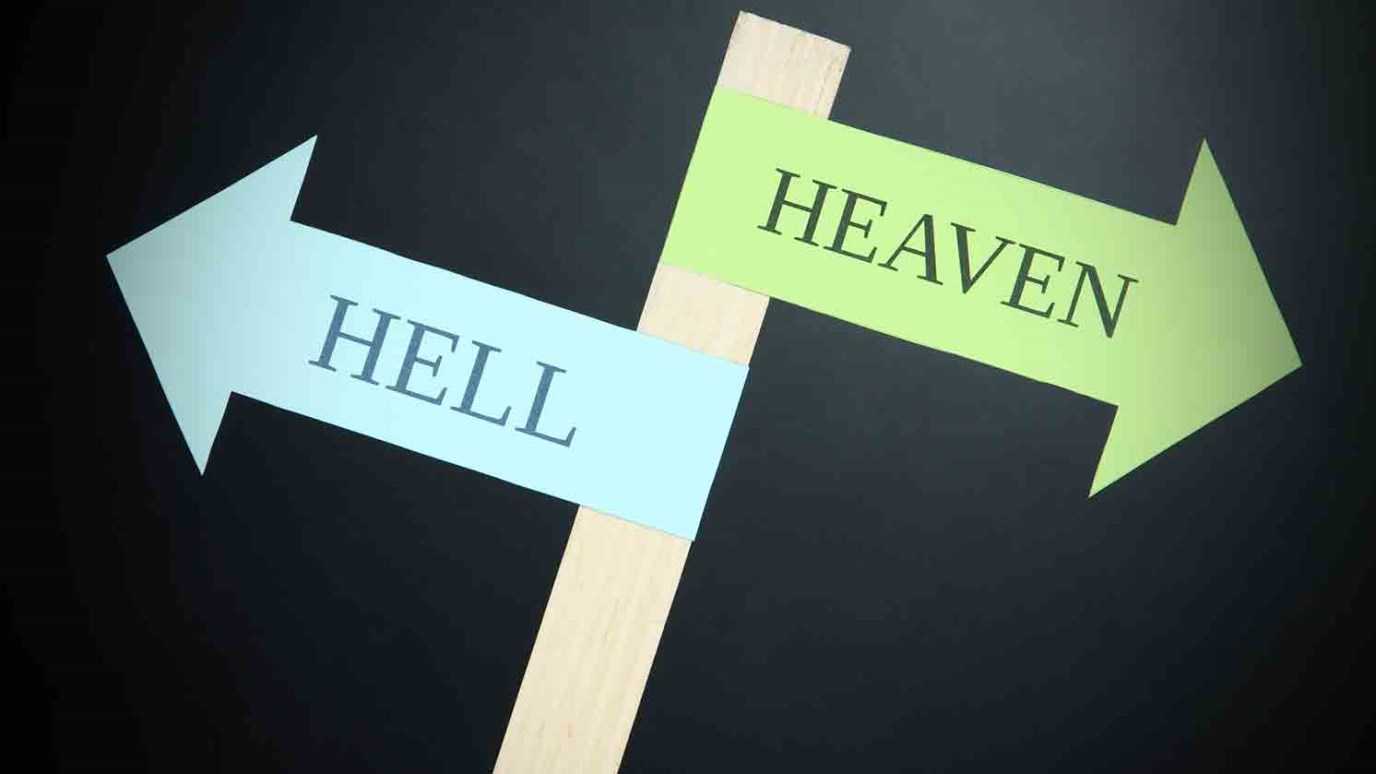 Unbelievers are going down the road that leads to Hell. Believers, on the other hand, are sure of Heaven.

When you leave school in the afternoon you usually start for home, don't you? And when supper time comes, or bed time, you do not make a mistake and go to the house of some neighbor, thinking that it is yours! Just as believers and unbelievers have homes, when life here is finished each person will go to their own homes. But those homes are very different. One of them really isn't a home at all, for home is a lovely and loving place, and this place is everything that is not lovely and loving. But it is the place where some people must go, for it is where they belong.

Unbelievers are going down the road that leads to Hell. If they keep on by the way they are going they will get there, sooner or later. That is perfectly sure, for God's Word says so (Revelation 21:8; Psalm 9:17). The way that they are going is the way of unbelief, and there is but one end to that road. Unbelievers are just as sure of Hell as can be, though they may not realize it, or may try to disbelieve it.

Believers, on the other hand, are sure of Heaven. That is the home, and is the place where they belong. This is not because they are so much better than unbelievers (Titus 3:5), but simply because they have believed in the Lord Jesus Christ, and God says that those who believe are saved, and are going to Heaven (1 Peter 1:4; 2 Timothy 4:18). The Lord Jesus said He wished to have them with them forever (John 17:24), and He will be in Heaven, so believers will be with Him. We are much more sure that we shall go to Heaven than we are that we shall go home after school. Something might happen to us so that we would never get home, but if we are believers, nothing can keep us from going to Heaven.

Unbelievers have a terrible judgment yet ahead of them, when the books shall be opened, and they shall be judged according to their works. Then they shall see that even their good works could not save them, and all whose names are not written in the book of life will be cast into Hell (Revelation 20:12-13). Unsaved men have nothing to look forward to but death, and then judgment (Hebrews 9:27).

But saved people, those who believe, do not have to look forward to anything like that. They may die, yes, but their death will be just a moment between earth and Heaven. Paul even wanted to die, so he could go to be with Christ (Philippians 1:21-23). But believers may not die, for Christ may come at any moment, and then they would go to Heaven without dying (1 Corinthians 15:51-52; Philippians 3:20-21; Hebrews 9:28). And for believers there is waiting no judgment for sin, for Christ bore all that on the cross (John 5:24). Only glory waits for them, not because they deserve it, but because God has graciously chosen to give it to all who believe (Romans 8:18).

Many Chinese buy their coffins years before they are going to die, and keep them in their homes, so that they will be ready when needed. A wealthy Chinese, who had a most beautiful coffin, became a Christian. He soon had some Chinese characters painted on each end of his coffin, saying that when the time came for his funeral, he wanted the people of the town to see where he was going. On the front end of the coffin he had the words for "The dead in Christ shall rise" (1 Thessalonians 4:16). On the back end there were the words, "Even so, come, Lord Jesus” (Revelation 22:20). What a change in his thinking, for before he had become a believer all he had thought about was that he would be dead forever.

Life Is About Relationship, Not Acquisition
Pastor Rick Warren