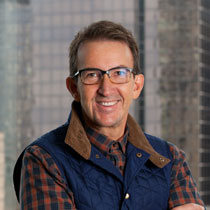 Do yourself a favor... don’t compare another person's favor with your favor. God has favor tailored just for you!

WHEN FAVOR IS ON A PERSON’S LIFE, IT OVERFLOWS TO THE PEOPLE AROUND THEM. I CALL IT THE “FAVOR SPLASH"... GOD’S FAVOR ON YOU IS SPLASHING ON ME!

When you think favor and believe you have favor and expect favor, you literally attract favor. It’s like a magnetic force.

When the children of Israel tried to store yesterday’s manna in the wilderness, it went bad because God had new fresh manna every day that He wanted them to experience. The best way to honor the past is to not get stuck in it! Stay creative, stay confident in today’s supply. Look for the fresh and listen for the new!

Somebody else’s favor is not your favor.

Do yourself a favor... don’t compare someone else’s favor with your favor! God has favor tailored just for you. Don’t envy or compete or compare with other people who have favor and don’t try to hold other people back from experiencing favor.

When favor is on a person’s life, it overflows to the people around them.

I call it the “favor splash"... God’s favor on you is splashing on me!

For 21 years Laban cheated Jacob out of his wages… Laban lied to and took advantage of Jacob. But Jacob was poised and stood tall in every setback, through every injustice, he continued to create value and work hard and make wise choices.

Don’t worry about the people who oppose you—they can’t stop God’s favor! Be confident in God’s favor... it’s never-ending, never runs out, and is always around us and with us.

My prayer for you is that you will think favor, expect favor, and look for favor. Be favor-minded and watch God’s increasing favor over your life.

How Long, Lord?
Karl Benzio, MD
Follow Us
Grow Daily with Unlimited Content
Uninterrupted Ad-Free Experience
Watch a Christian or Family Movie Every Month for Free
Early and Exclusive Access to Christian Resources
Feel the Heart of Worship with Weekly Worship Radio
Become a Member
No Thanks