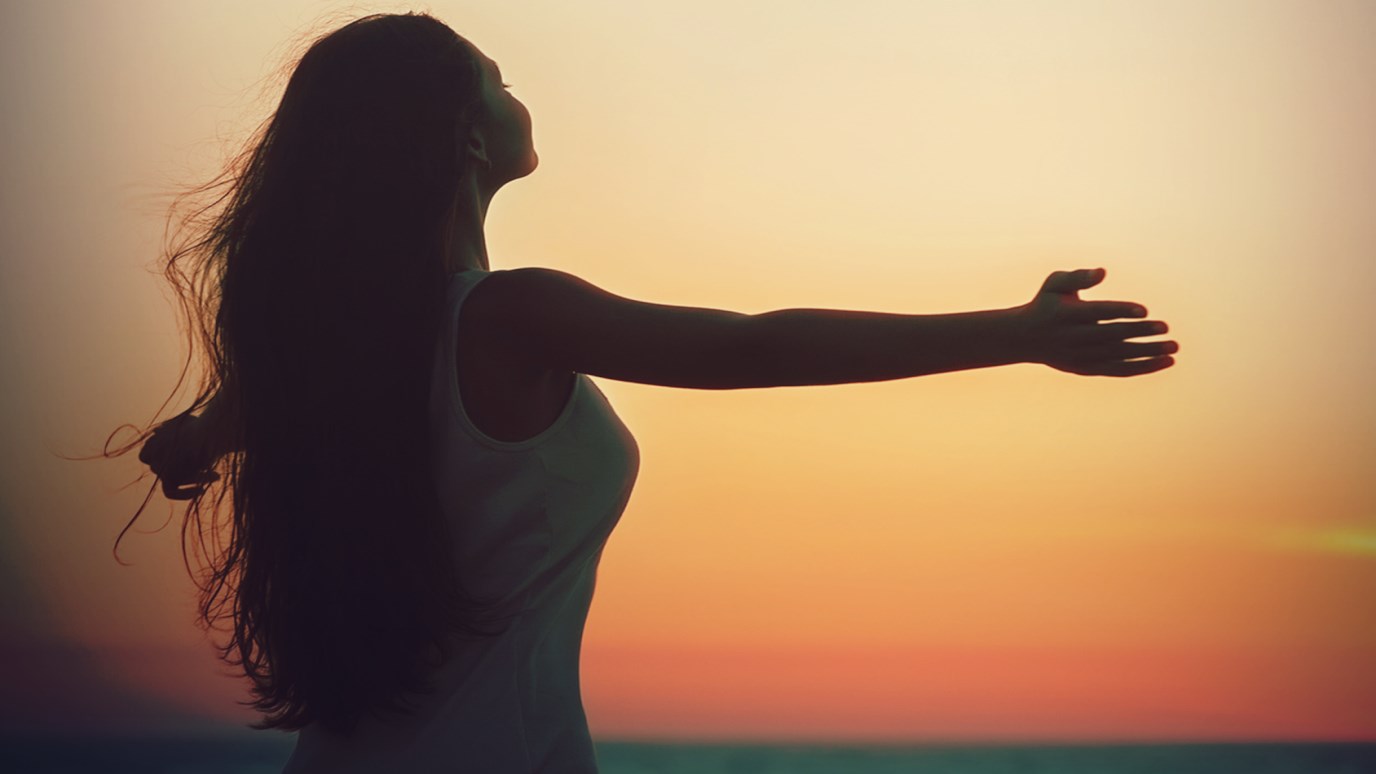 Writer Amy Orr-Ewing shares why we can't doubt that Jesus is the God of abundance. He is the one within whom this provision, this abundance, is located.

Behold! What are you looking at? Where are the anchors in your life? I imagine for many of us these questions are more than rhetorical or philosophical; they are truly heartfelt.

Recently I was struck by this announcement in John’s Gospel: “The next day John saw Jesus coming toward him and said, ‘Look, the Lamb of God, who takes away the sin of the world!’” (John 1:29). John says, “Look, the Lamb of God.” The question is posed, what are you looking at? John emphatically directs our focus: “Look at Jesus.” In fact, he makes this declaration fifteen times in his gospel. This word is translated in the King James Version as Behold. Fifteen times he exhorts his readers to look at Jesus. Will you behold? This is astonishing. This is amazing. Look at Jesus.

My favorite hymnwriter is Charles Wesley and one of my favorite of his hymns is called, “Jesus! The Name High Over All.” In the final verse of his hymn, he sings,

Happy, if with my latest breath

I may but gasp His Name,

Preach Him to all and cry in death,

Now an account of John’s death tells us that that is exactly what happened. As John lay dying, he uttered those words, “Behold the Lamb,” and then took his last breath. John is telling us to look at Jesus—for our hope, for our provision, for our very lives.

In his gospel he invites us to behold Jesus through the lens of seven signs or miracles. That is, John deliberately chooses seven out of the many miracles that Jesus performed in order to give us a particular perspective of who this Jesus is. And the fourth miracle that he records is Jesus’s feeding of the five thousand. Jesus himself beholds the crowd—he looks attentively at their need—and he responds with compassion and provision. We encounter a dramatic miracle: Jesus multiplies fives loaves and two fish to feed five thousand people. Then John tells us, “When they had all had enough to eat, [Jesus] said to his disciples, ‘Gather the pieces that are left over. Let nothing be wasted.’ So they gathered them and filled twelve baskets with the pieces of the five barley loaves left over by those who had eaten” (6:12-13). What a picture of amazing abundance: the Son of God demonstrating the abundance of God to a hungry people.

Perhaps as you look at our world today you wonder if God is still at work in such a way. I want to encourage you that God is, for in my work and ministry I have seen this provision. Having been involved in Bible smuggling in China, I was intrigued to learn of a man named Chris who had gone out from the UK to do the same. Every three seconds someone in China becomes a Christian, but there’s a real lack of the Word of God there. This is what happened to Chris: he and his team stood at the pickup point in China where they were to meet their contact, who would utter a password, and they would deliver their Bibles. They arrived with only minutes to spare, but the contact didn’t show up. Knowing they were being watched, the team started walking towards the edge of town as though leaving. Hot and tired, they stopped at a nearby park for a drink of water, rest, and prayer. It was hard to understand why after all the difficulties God had brought them through that something had gone so wrong. They had looked to God for provision and direction, and yet their mission had seemingly failed.

Soon the team became aware of three very ragged and dirty men under a tree behind them. Chris felt the Lord leading him to go over with some water. When he offered it, one of the men suddenly spoke the password very clearly in English. The rest of the team hurried over in amazement and pieced together the men’s story from the little Chinese that they knew. Two years earlier, God had given a word to these Chinese men in one of their services that they should plan for this trip. God would lead them to this park, on this date, and have Bibles ready for them, which would be brought by white men from far away. Since they were all poor farmers, it had taken a long time for them to save the money for food and shoes for the trip. The men had walked for two and a half months, mostly at night to keep from being arrested. Coming from the far north of China near Mongolia, they had climbed a range of snow-capped mountains, traveled through the desert, and crossed several rivers without a compass or any knowledge of the country. All they could explain was that God had shown them where to go.

How did they know the password? How could they speak it in English when they knew no English? How did they survive the heat and the snow without protective clothing? It could only be God.

When the men saw the Bibles, they cried and praised the Lord for a long time. They had brought cloth bags with them to carry the Bibles home, and inside each one was a small watermelon that they had carried all those miles as a gift of appreciation. Even though they had been without food for several days, they didn’t eat a single watermelon. The team exchanged clothes with them and Chris explained what an honor it was to put on those dirty rags. The shoes were completely worn out, but the team chose to go barefoot and give up their own shoes. Many tears were shed as the team prayed for the Chinese and sent them back home with food and money for their journey.

Jesus is the God of abundance. He is the one within whom this provision, this abundance, is located. Look to him, behold him, and you will be amazed.